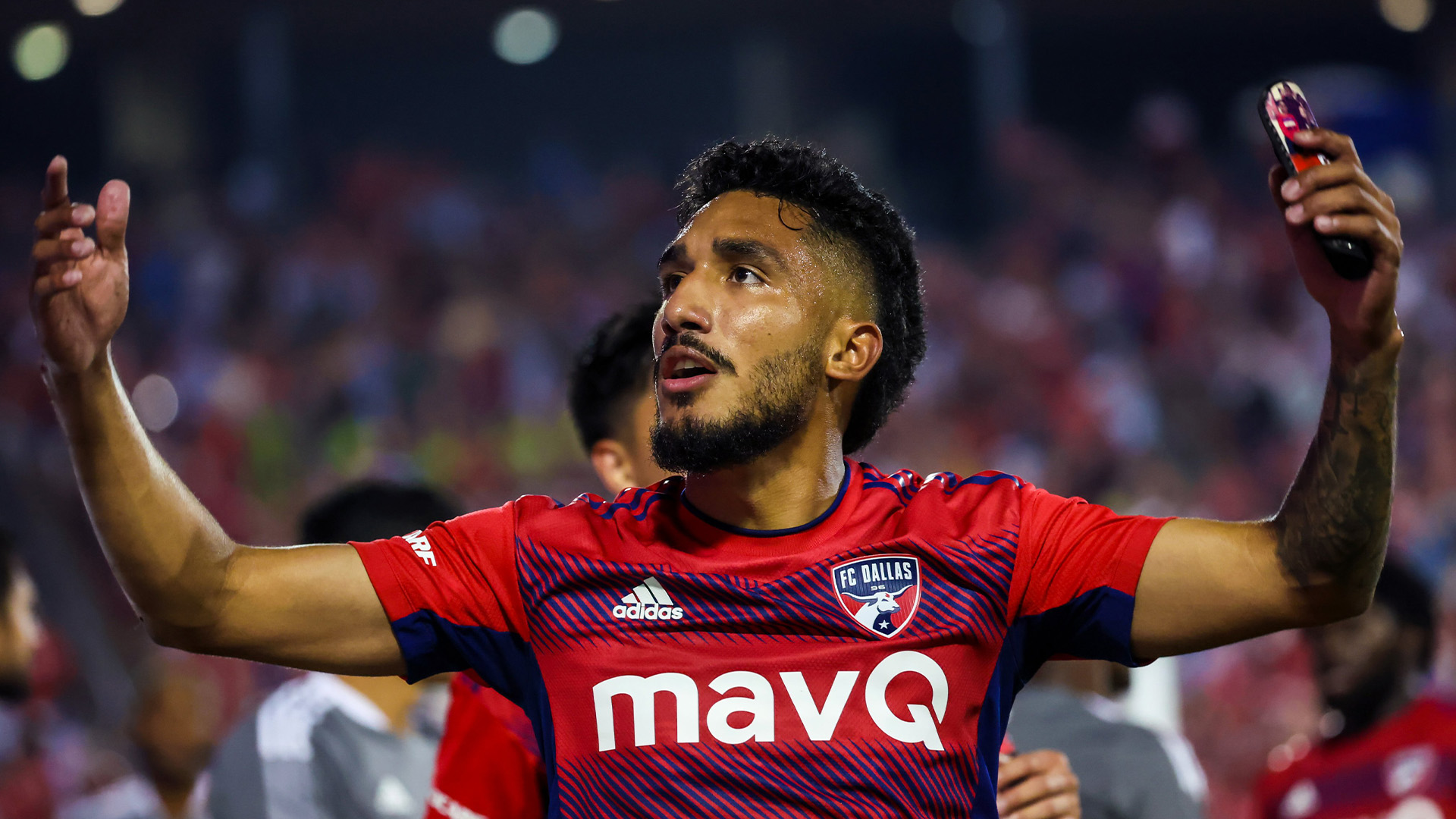 Jesus Ferreira – A USMNT Star in the making

FC Dallas has had quite the habit, in recent years, of producing talented young players for the USMNT- Chris Richards, Reggie Cannon, Weston McKennie, and Ricardo Pepi, to name a few.

Jesús Ferreira added his name to the list when he made his USMNT debut in February 2020 against Costa Rica, but in the past year and a half, he has shown the quality to be the leading talisman in the attack for the ‘Stars and Stripes’.

The 21-year-old scored four times in the most recent international break, all coming against Granada in the CONCACAF Nations League – he played 196 minutes over the three games, including a start against Uruguay.

Moving from his homeland, Colombia, to Dallas at the age of 10, Ferreira signed his first professional ‘homegrown contract’ with ‘The Toros’ in 2016, making his debut a year later in June 2017, where he scored late on in a 6-2 win over Real Salt Lake.

Since then, he has become a regular in the first team from the 2019 season onwards, making 111 appearances since 2018, scoring 30 goals in all competitions.

This season, he has seen himself come alive in his new role at centre forward, replacing the outgoing Ricardo Pepi, who left the Toyota Stadium for FC Augsburg. Twelve goals and five assists in 24 appearances, this season has him nearly matching his record in the previous season (eight goals and eight assists) in three fewer games.

In a season where FC Dallas has shown dramatic improvement from 2021, Jesus is one of many players that have contributed to their success. Along with his fellow USMNT teammate Paul Arriola, he has torn up the MLS like nothing Dallas has seen for quite some time.

His pace, work rate, intelligence, and attacking prowess have been vital to his success this year. People are touting him for a great future that could see him play in Europe and have a pivotal role for the USA in the long term.

Last season, he was an attacking midfielder who put up impressive numbers. Although when Pepi left for Germany, it was his opportunity to shine as the central player in Nico Estevez’s attack.

With the money from the Pepi transfer, Estevez brought in Alan Velasco for a record fee from Independiente and Paul Arriola for $2m in general allocation money from D.C. United – however, the Spaniard also marked Ferreira as one of the club’s designated players to lock him down and go against the usual policy of selling their youngsters.

Playing as a ‘false nine’, Ferreira uses his experience as an attacking midfielder to drop in between the lines and provide the width. Doing this to a greater effect, averaging 1.47 key passes, 1.54 passes into the final third, and 2.52 progressive passes per 90 – his link-up with Paul Arriola has seen him assist three of his nine goals this season.

He is also the joint-third top scorer in MLS with 12 goals this season.

Ferreira's versatility and experience playing behind wingers and forwards have brought some unique skills to his playing as a centre-forward. He is good with the ball in tight spaces, and he has great intelligence in the runs he makes behind. His dribbling allows for him to create chances as a false nine. His numbers for chance creation have declined due to his central role, but he still averages 2.56 shot-creating actions per 90

An example of his role would be Obrian’s goal from the fixture against Toronto, where Ferreira dropped deep to combine with the midfielders, who played the Colombian behind to score.

Talking more recently, FC Dallas hit a rough patch in a form where they went seven games without a win. Despite this, the forward still displayed his ability to be a game changer and be forward thinking even when his side is going through a tough time. Twelve progressive passes in these seven games, 14 progressive carries, 159 pressures, and matching his xG of two by scoring twice.

One of those goals was his free kick against LAFC, where he displayed his intelligence to catch the whole of the LAFC team off-guard to loop in the dead ball over Maxime Crepeau.

When they came out of that winless spell in their 1-0 victory over Real Salt Lake because of him as he cleverly finished a slick move. He went wide to stretch the defence, opening space for Paxton Pomykal, who received the ball from a dummy move by Ferreira, and having nothing but approximately 15 yards of green space between him and the keeper.

This goal is a perfect example of the forward using his intelligence and experience as a winger and an attacking midfielder to benefit his role and ability, the space he opened allowed the pass to the centre to be made, thus allowing the chance to be created.

His potential role in the USMNT and his future

The USMNT need a maverick who has a high footballing IQ and combines flair and experience to benefit his team tactically, a great passer and finisher, and someone who can produce something out of nothing.

Deploying him at the centre of a front three or as a lone striker would be scoring for Gregg Berhalter’s side. It would mean he could easily link the midfield to the attack, give permission to attack in higher numbers as he allows more people in the final third, and provide space to run into for Pulisic, Reyna, or whoever the US have played on the wings.

He is a different option for the USMNT from Daryl Dike, Timothy Weah, or Jordan Pefok- who are more traditional forwards- but possess physical statures but don’t offer the same as Ferreira does tactically.

If he comes up the form, he has shown this season, a start in Qatar may be on the cusp.

It would command a hefty fee for Dallas to let go of their starlet and the contract extension gives all the playing cards to them. If he goes into the World Cup in red hot form, he can capture the interest of European clubs if he impresses in Qatar.

The ideal path would be the Bundesliga or Ligue 1, if a move did come to fruition, they’re decent development leagues and would provide a higher standard of competition that he can truly thrive in.

He has the pedigree to succeed at a higher level. He has gone from strength to strength over the past few years that have developed him into this monster technically and tactically.

The USMNT have a golden generation on their hands. Jesus Ferreira might not have the most glamorous reputation out of them all, but he has the potential to be the jewel in the crown.

After an impressive season so far with Dallas, forming a great partnership with Paxton Pomykal and Paul Arriola, this could be a very memorable season for the 21-year-old. He could go to the World Cup and change his career forever as he displays what makes him a special player, not only just for his club but for his country as well.