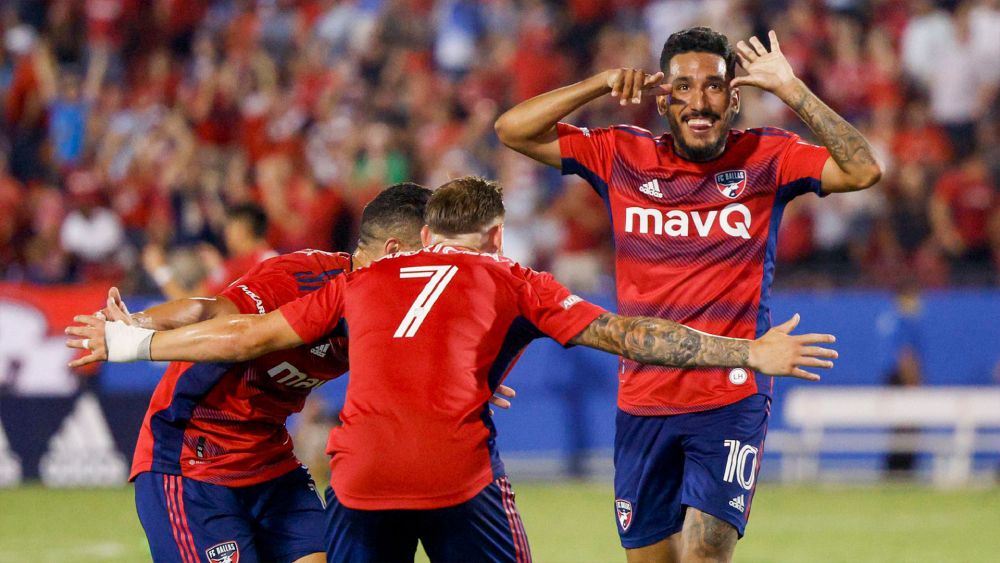 
This season has seen FC Dallas step up to the plate, sitting in fourth place after 29 games. After last season’s disappointing campaign, finishing three points above the bottom of the Western Conference, it was clear that change was needed. Under new management in Nico Estévez, former USMNT and Columbus Crew assistant manager, Dallas brought Paul Arriola and Alan Velasco to the club, with the latter being the club’s record signing. Adding Arriola and Velasco to the frontline with USMNT starlet Ferreira, Dallas has created one of the most potent forward lines in the league.

The most experienced of the front three is 27-year-old Paul Arriola, who is perhaps best known to football fans for his time with D.C. United, where he scored 20 goals in 89 appearances. Arriola has also scored ten goals in 46 appearances for the USMNT and will be looking to force his way into the squad for the upcoming World Cup. The £1.65 million the club paid for him (Transfermarkt) is looking to be a real coup.

Jesús Ferreira came through the academy with FC Dallas, growing year upon year and making himself one of the key players in the team in recent years. In twelve appearances for the USMNT, Ferreira has seven goals and will look to join Arriola in Gregg Berhalter’s squad in Qatar. With a market value of £7.2 million (Transfermarkt), Ferreira is one of the most valuable players in the Dallas squad.

Finally, we have Alan Velasco, a 20-year-old winger, signed from Independiente for a fee of £5.73 million (Transfermarkt). The young Argentinian is an exciting player who likes to go forward and attack the opposition, a welcome addition for Dallas. Like Ferreira, Velasco has a market value of £7.2m, with his highest value at £10.8 million back in October 2021 (Transfermarkt).

FC Dallas’s attacking trio have been fantastic this season, scoring 70% of the team's 40 goals so far. In both the Eastern and Western Conferences this season, the team's overall non-penalty xG ranking is the seventh highest in the league. Individually, Velasco has chipped in with five goals and four assists in 24 games, and Arriola has managed nine goals and four assists in 28 games. Ferreira is the fifth top scorer in the league, with 15 goals and five assists.

Ferreira has improved his attacking output this season, in particular, and has made the transition from attacking midfield to centre forward last season. In his whole career with Dallas, he has scored 33 goals in 116, with over two-thirds of those goals coming in the previous two seasons alone.

The key man in FC Dallas’ potent frontline is Jesús Ferreira, both in scoring the goals and creating the chances. With Ferreira previously operating as a number ten, he can drop deep to receive the ball and drive forward and link the play, with Velasco and Arriola drifting inside. The 21-year-old is also pacey, and he runs into the box well to arrive late for a cut back from either flank.

All three are comfortable interchanging roles depending on how the attack builds. Velasco will often come inside and turn creator whilst Ferreira and Arriola make a run into the box. They are fast, strong dribblers and good finishers who seem to have formed a partnership from the first game of the season.

What does the future hold for FC Dallas’s front three?

FC Dallas will be hoping for a strong finish to the season to build some momentum ahead of the MLS Cup postseason tournament. They are in with a real chance as their forward line-up is capable of running riot on their day against any team in the league. It has been a very encouraging start, and the connection between the three will only get better as they play more games together.

Both Ferreira and Arriola were nominated to play in this year’s MLS All StarsAll-Stars it won’t be long before international recognition is on the horizon. All three are contracted until 2025, but at the rate at which they are progressing, Dallas may have trouble holding on to their stellar frontline. Ferreira and Velasco are both still young and have many years ahead to continue in their development, an exciting prospect for the FC Dallas fans.