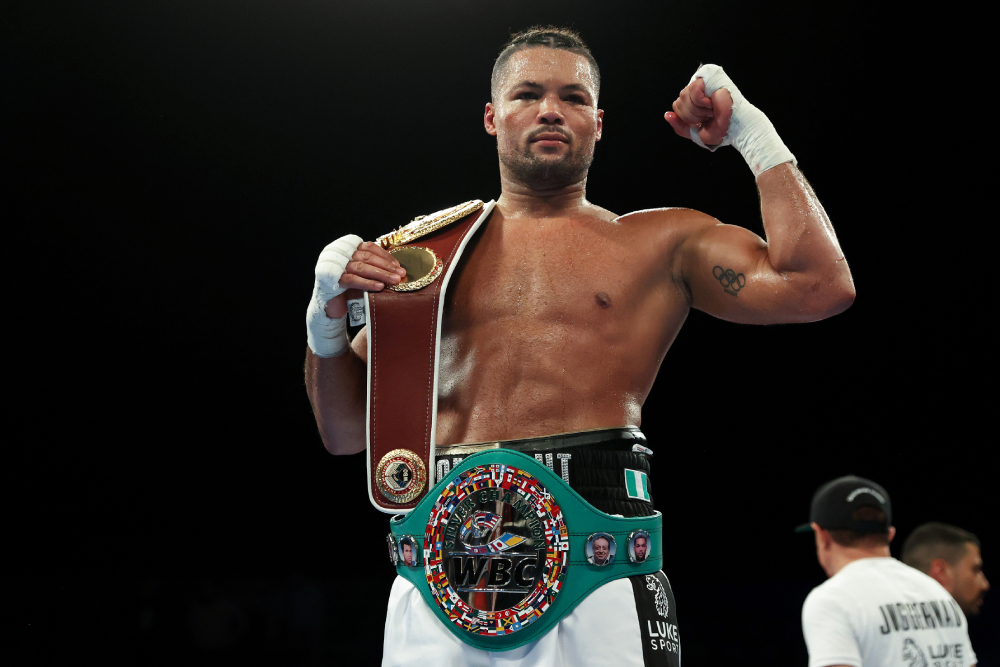 
Finally, Heavyweights Joe Joyce and Joseph Parker meet on the 24th of September in Manchester, England. The fight was originally scheduled for July 2nd in London. Instead, Joe Joyce fought Christian Hammer on the same date and won by knockout. The match looked dead in the water when Joseph Parker moved to a rival promoter, but Parker kept his word and returned to the negotiating table, and the fight was rescheduled.

Given that Joe Joyce is ranked first by the WBO and second by the WBC, the winner will likely be named as a mandatory challenger for Oleksandr Usyk, who will face Anthony Joshua in a rematch this weekend in Saudi Arabia, who presently holds the WBO Heavyweight title.

‘The Juggernaut’ Joe Joyce holds an impressive 93% knockout to win percentage, winning 13 of his 14 fights by KO. Joyce impressively won Silver in the 2016 Olympics, losing by a split decision to Tony Yoka of France in an evenly contested battle. His biggest fight to date is arguably beating rival and then undefeated Daniel Dubois in the 10th round back in October 2020.

6ft6 Joe is well known for having a granite chin and takes a lot of punishment while coming forward before more often than not landing the knockout blow. Joseph Parker, on contrary, has the better resume winning 30 out of 32 fights, 21 of those by KO, with his two losses coming on points to Anthony Joshua and Dillian White. The former WBO Champion beat Andy Ruiz in December 2016 to become the first heavyweight boxer from New Zealand to become The Heavyweight Champion of the World, before losing the title to Anthony Joshua in March 2018. Parker did win his last six fights, including two wins over Derek Chisora in 2021 since his points defeat against Dillian Whyte in 2018.


With both boxers being durable and possessing great chins, this bout may go either way. The prediction is Joseph Parker on points. Joy Joyce comes in as a slight favourite with the UK bookies, but Joseph Parker is not to be underestimated. Despite Joe Joyce’s big knockout power, Parker has survived all 12 rounds with big hitters such as Anthony Joshua and Dillian Whyte.

This is most definitely ‘The Juggernaut’s’ biggest test to date. Parker looks to be getting better and better under trainer Andy Lee and is also six years younger than Joyce, which could prove vital in the final rounds, where Joe Joyce has never gone past the 10th round in his professional career. Parker has gone the distance in 8 of his 32 professional fights.

Parker’s stamina and fitness will prove the difference in this fight in the later rounds. The big question is whether Joseph Parker can survive the early onslaught from Joyce. Joe Joyce only fights one way- to come forward and attack and wear your opponent down, until eventually, he lands the knockout punch. His defence is questionable, and now he is reaching the top end of the sport and fighting better fighters.

Parker's chin is proven. Despite being knocked down twice in the fight vs Whyte, he managed to survive until the bell. In his fight against Chisora, he got up off the canvas again to win the match by UD. Yes, this does prove that Parker can be hit, but it also shows how good his chin is and how well he recovers from big shots. Age and experience will be a factor with Parker winning by points or even a late stoppage with Joe Joyce running out of gas.