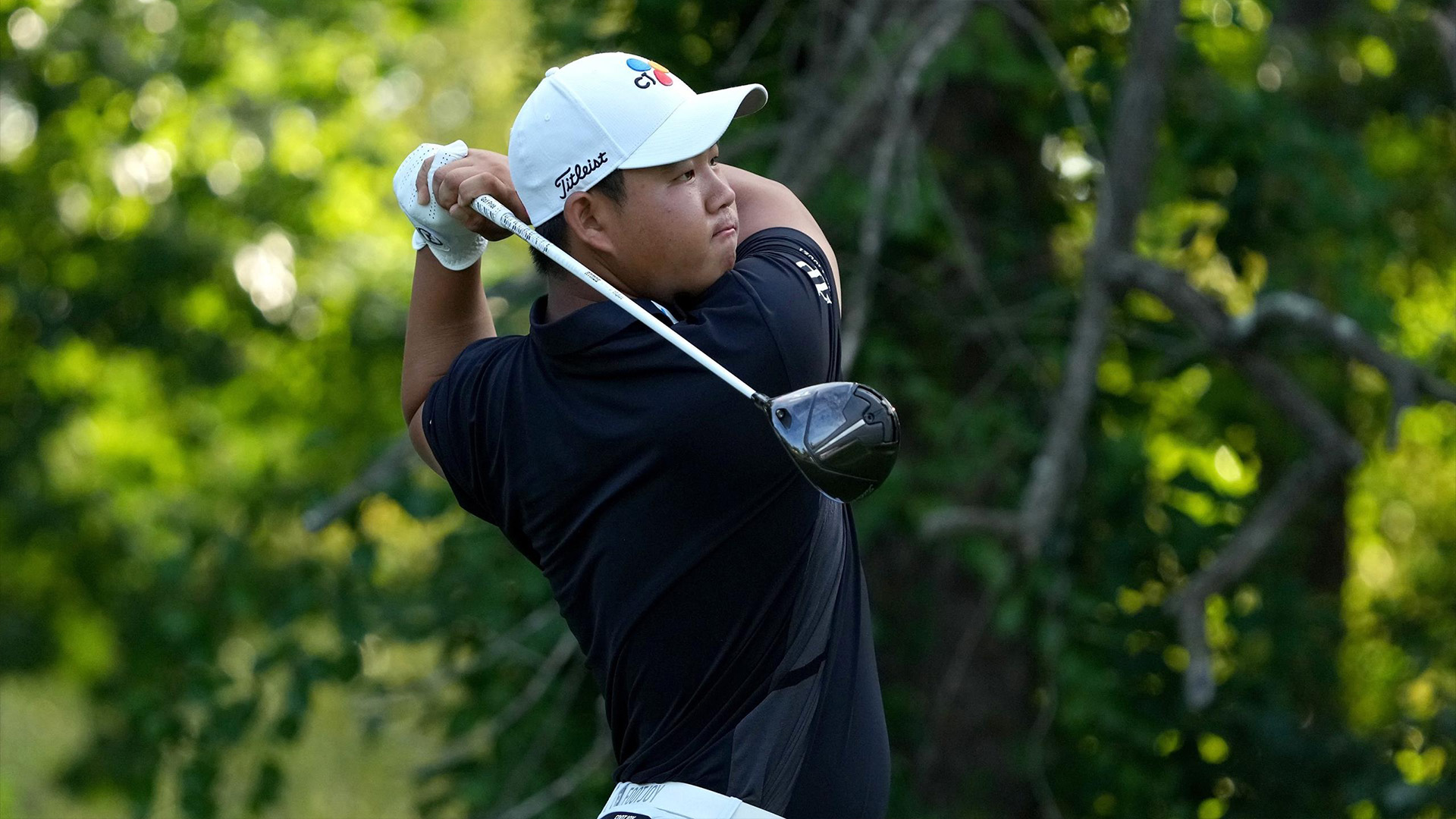 When Joohyung Kim started in the Scottish Open five weeks ago, few could have predicted that he had the potential to be the PGA Tour champion soon. Less than 40 days later, the young Korean stood triumphant at Greensboro on Sunday by a majestic display.


Greensboro, renowned for its many sporting competitions, is known as a ‘tournament town’. Over the years, it has stood witness to many iconic wins. Perhaps none of them had triumphed by following a path as bizarre as ‘Tom’ Kim did this week.


He began Round 1 with the most inauspicious of starts, carding a quadruple bogey on the very first hole of the tournament. Very soon, he was staring down a barrel, 13 strokes adrift of the first round leader John Huh.


Most golfers in their early 20s would have done well to re-group and make the first cut, but it was evident to all those watching that Kim is unlike them. He was exceptional for the rest of the day, eventually signing for a 3-under 67, a minor miracle considering the dire straits he found himself in. Kim accepted special temporary membership to stay two weeks ago, and he entered the tournament needing a win to qualify for the FedEx Cup Playoffs.


This was no mean feat since World War II, only one player of his age or younger had ever won a PGA Tour event, and that was when 19-year-old Jordan Spieth won at Quad Cities to start his career. Kim added rounds of 64 and 68 to position himself for a win on Sunday. Just like he had one week ago in Detroit, he went berserk in the final round, obliterating his competition, carding a scarcely believable 61.


Starting two strokes behind the overnight leader Sung-Jae Im, Kim found to form very early on in the day, carding three consecutive birdies in holes 2-4 and an eagle on the par five before affixing three more birdies in just the front nine. She required only 27 strokes to run through the front nine as he carded 8 under, making it the second lowest 9-hole score in PGA Tour history.

Kim was in the process of scripting a legendary performance. No one had ever come back to win after carding a quad bogey in the opening hole, and there he was on Sunday, in his pomp, winning at a canter. Throughout the 72 holes, he made up 12.5 strokes putting, separating himself from the rest of the field with a supreme performance on the green.


Sung-Jae never came close to catching him again as Kim finished with a score of 20 under for the tournament. The 20-year-old, who named himself after the cartoon character Thomas the Tank Engine, has distinguished himself as one of the brightest stars on Tour, right up there in terms of talent with the likes of Cameron Young and Will Zalatoris.


By winning at Wyndham, he became the first man born in the 21st century to capture a PGA Tour event, and he seems right on track to be a shining star for many years ahead.


Another exciting youngster, Will Zalatoris, continued his indifferent run of form, finishing with 9 under for the tournament in 21st place. The former Wake Forest Demon Deacon struggled to leave his mark, hitting wayward shots all week. After he saw his game fall apart in the first two rounds, he dismissed his usual caddie. Perhaps a fresh voice in his ear inspired a more respectable performance as he went on to sign off with rounds of 66-68 to close out the tournament.


Nevertheless, it was a disappointing weekend for Zalatoris, and it saw him drop out of the Comcast Business TOUR Top 10. His poor run of form in recent weeks will be a cause of concern for him as we enter the playoffs.


Sung Jae Im, on the other hand, gave a much better account for himself this weekend. He started each round as the betting favourite, but Kim's outstanding performance defeated him. In the Comcast Business TOUR Top 10, he succeeded in unseating Zalatoris, who was in position 10, and as a result, earned a tidy $1 million reward. However, he will lament his mediocre performance on the greens and be wary of repeating the same mistakes in the playoffs.


Elsewhere in the field, India’s Anirban Lahiri finished tied for T8 after registering rounds of 66-67-68-68. Lahiri was in top form throughout the tournament, holding a share of the lead for  large parts of rounds 3 and 4. His commendable display in Greensboro left him at the 66th in the FedEx Cup standings.

The players bunched around the 120-130 ranks were given a shot in the arm when they received the news that the Tour had suspended the LIV Golf players. This meant the threshold to qualify for a Tour card for next season was lowered from 125 to 128.


The greatest beneficiary of this was Rickie Fowler, who originally looked to have dropped out after he missed the cut on Friday. But his trip to the postseason was ensured when enough players dropped out in the subsequent rounds.


The tour now moves to tee it up in the FedEx St. Jude Championship at TPC Southwind on Friday to start a three-week stretch that will determine the FedEx Cup champion.