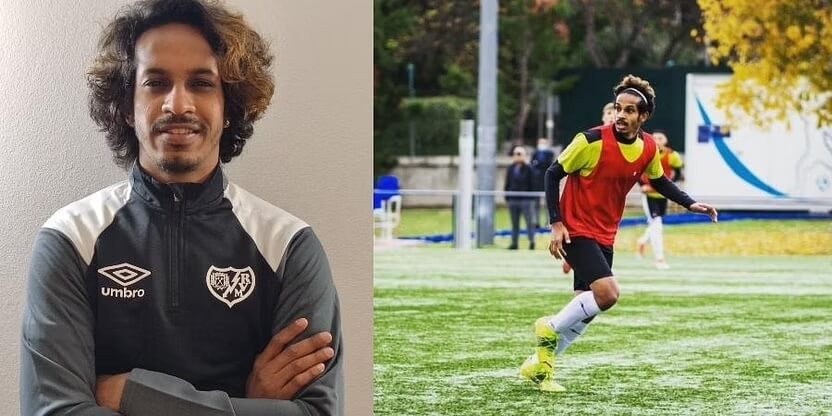 
Very few Indians have forayed into Europe and played competitive games there. Gurpreet Singh Sandhu and Sandesh Jhingan are recent examples of Indians who have played in Europe in Norway and Croatia, respectively. Sandhu was the first Indian player to play in the Europa League when he played for FC Stabaek. Bhaichung Bhutia played for Bury FC in England. One more Indian who is currently on the verge of making his La Liga debut is Karthik Thulasi.

Born and raised in the Sultanate of Oman, he wanted to become a professional footballer. His love for the game led him to play in four different countries during his career. He currently plays for the Rayo Vallecano Development Squad of La Liga. Karthik studied at the Indian School Nizwa in Oman. Apart from playing for the school football team, he started his career playing with FC Nizwa, the country's domestic football club. After graduating from Muscat, he was rooted in his passion for the sport and played persistently for several other clubs in Oman. Soon after graduation, he moved to Kerala and joined Gokulam FC for training. Karthik joined Universidad Europea de Madrid to pursue an International Master's in Football Coaching and Management. He explains his decision by saying, "The university had the best framework for learning and sports training. It helped bring out the best in me. From first-class training to training with Real Madrid superstars, this routine made me learn and improve every day.”  There he learnt from the likes of Roberto Carlos and Iker Casillas.

His career in Spain began with the Segundo Division youth team CD Leganes. His inability to converse in Spanish caused a setback that ended his tie with the club within a month. He took part in several more trials and got into CD Proas. He remained with the team until his offer with Rayo Vallecano. Currently playing for Rayo Vallecano, his ultimate aim is to play in the La Liga Santander in Spain. Karthik is planning to return to the Indian Super League someday. He wants to use his experience in Spain to improve the footballing infrastructure in India. He plans to establish an academy to train younger talents.

We certainly hope that we will someday see Karthik lining up to play in La Liga!