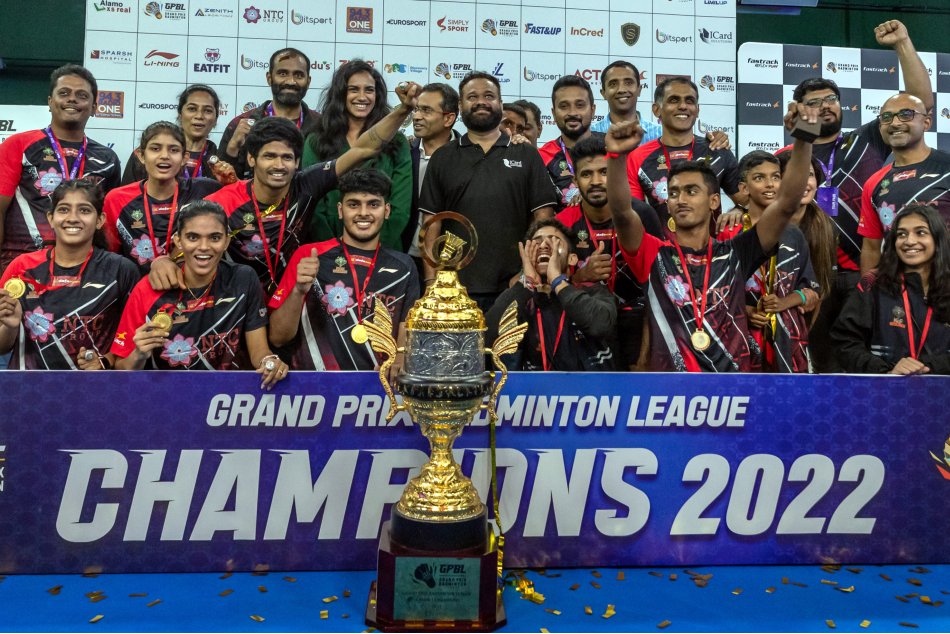 The KGF Wolves have been crowned as the inaugural Champions of the Grand Prix Badminton League, defeating Mandya Bulls by seven sets to two to take home the Championship Trophy in Bengaluru.


Despite topping the standings during the group stages, the Bulls were unable to topple the 3rd placed Wolves, who thoroughly deserved their victory in the showpiece match.


The Wolves took their good form from the group stage into the final round, with Gloria Vinayakumar trouncing Ananya Praveen in the opening singles matches by 15-11 on both occasions.


It wasn’t all plain sailing, however, as Ashith Surya and Sai Pratheek defeated Hemanth Gowda and Prakash Raj in their trump match to storm into a 2-1 lead following a tense 15-14 point win to clinch victory.


Following Naren S Iyer's victory over Anirudh Deshpande in the singles match, the Wolves quickly turned the situation around. Next, Suhas V and Amurtha P turned the tie completely around by easily defeating Madhusudan M and Ruth Misha Vinod in the mixed doubles match, making a victory in the Super Match necessary to win.


The Wolves chose to make the spectacle their trump match - a high risk, high reward strategy which meant victory would either kill off the tie or let the Bulls straight back in.


Under the watchful eye of two-time Olympic medalist winner Pusarla Venkata Sindhu, the trio of Hemanth, Prakash and Suhas defeated Ashith Surya, Sai Pratheek and Madhusudan M by 21-15 to seal the victory.