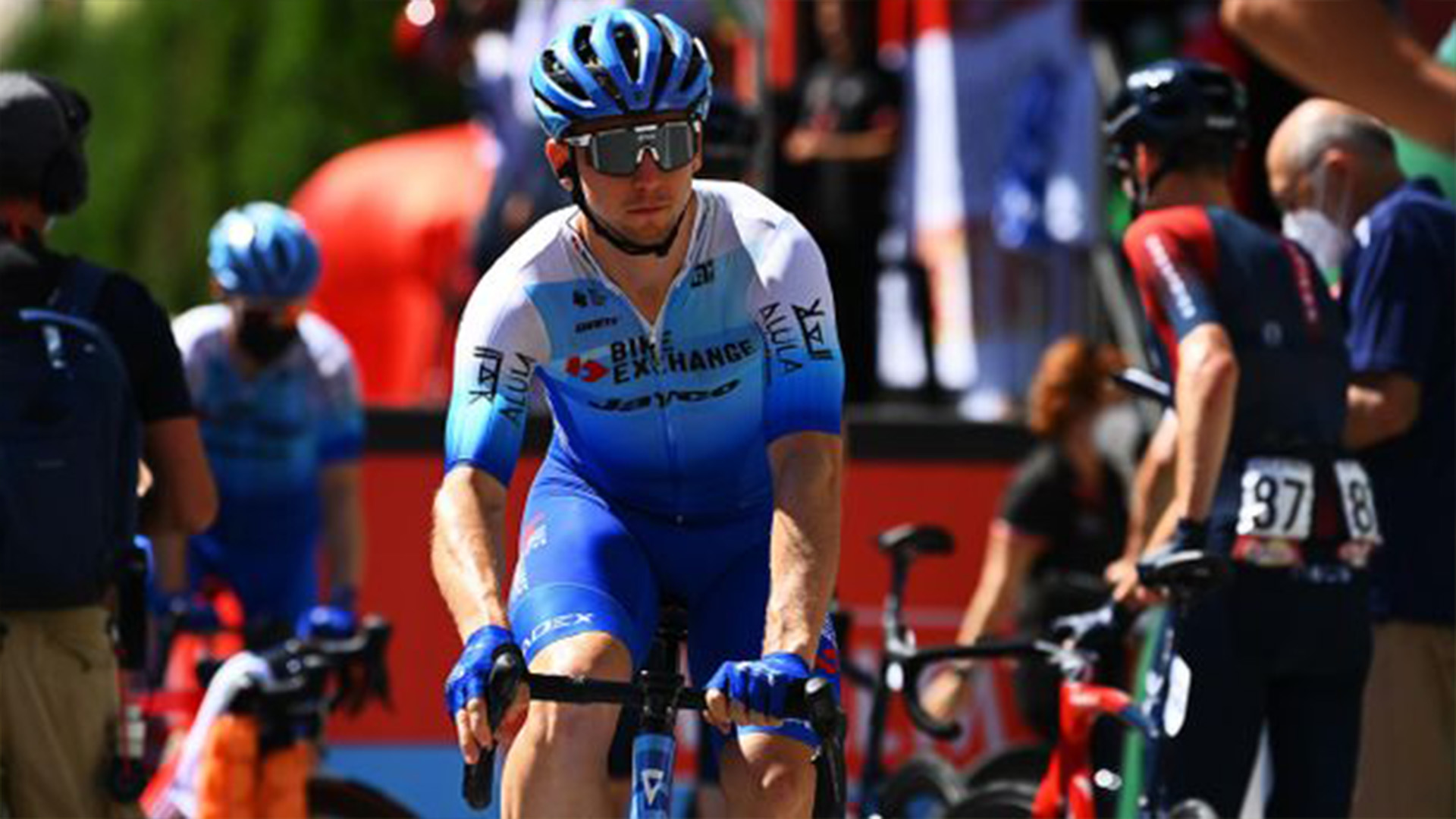 A commanding performance in the Individual Time Trial on Stage 10 of la Vuelta an España 2022 has given Remco Evenepoel a clear lead going into the second half of the race.


Returning from the Rest Day, the riders faced a 30.9km solo dash from Elche to Alicante, with the Belgian starting the day over a minute ahead of his nearest challenger for the red jersey.


Green jersey news was the focus in the morning as Sam Bennett of Bora-Hansgrohe had to withdraw from the race, having tested positive for Covid-19, leaving Mads Pedersen as the comfortable leader in the points classification.


On the course, Remi Cavagna put down the first powerful time, 34’18”80, which many struggled to get anywhere near. He still led when the main General Classification contenders got underway. Pavel Sivakov went into second but was still 27 seconds slower than Cavagna before being knocked into third by Carlos Rodriguez, who posted a time of 34’40”.


It was down to the two favourites to beat Cavagna; Primoz Roglic, who had never lost a time trial in Spain, showed his class to beat the Frenchman’s time by 12 seconds, but that was not going to be enough for the Slovenian.


Due to Evenepoel's exceptional riding, he was 21 seconds ahead of Cavagna at the halfway point of the stage. However, he continued to pick up speed and finished the stage in the first place, 48 seconds ahead of Roglic and a full minute ahead of teammate Cavagna.


That meant Evenepoel held a lead of 2’41” in the overall standings, with Roglic moving into second, having leapfrogged Enric Mas.


It capped off a second quarter of the race that belonged to the Belgian, which began in the Basque Country.

Wet weather had to be dealt with on Stage 6 as the riders left Bilbao and rode west to the first summit finish of the tour, at Pico Jano.


Ten riders, including Jan Bakelants and Nelson Oliveira, made up the breakaway on the 181.2km stage, gaining a sizable advantage over the peloton before the GC teams picked up the pace reaching second of the three climbs.


Slippery conditions began to take their toll, with crashes in both the break and the bunch. Ukrainian rider Mark Padun of EF Education-EasyPost used the disruption to his advantage, attacking his fellow breakaway men forty kilometres from the finish and reaching the summit first.


At the foot of Pico Jano, the favourites left the rest of the peloton behind and began picking off the tiring breakaway. Jay Vine of Alpecin–Deceuninck was the first man to catch Padun, as the pace of Julien Alaphilippe, Primoz Roglic, and co made life hard for the red jersey, Rudy Molard.


As Padun faded, Remco Evenepoel hunted down both Vine and the race lead. He could not catch Vine, who emerged through the mist and rain to win his first professional race, but second for Evenepoel, 1’22’’ ahead of Roglic and nearly five minutes ahead of Molard meant the Quick-Step Alpha Vinyl man took the maillot Rojo, holding a 21” advantage over Molard.


Aged 22, Evenepoel took possession of the white jersey too.


Only one significant climb on an otherwise hilly Stage 7 from Camargo to Cistierna meant Evenepoel had a great chance of becoming the first rider to retain the red jersey for more than a day on this Vuelta.


Six riders went up the road, with Jesus Herrada of Cofidis the first man over the top of the Puerto de San Gloria. As the peloton ascended, Trek-Segafredo quickened the pace in an attempt to set up a win for Mads Pedersen and distance green jersey wearer Sam Bennett.


Bennett was only dropped near the summit and was able to rejoin, meaning the other sprinters’ teams decided to save their energy for the finish, allowing the breakaway to ride away and contest the stage win.


Fred Wright sprinted from the front in the final kilometre, and he almost held out before Herrada and Samuele Battistella came past him just a few pedals turn from the line. The Spaniard of Cofidis held off Astana Qazaqstan’s Italian to take the win.


Thirty seconds later, Bennett led the peloton over the line to take sixth and extend his lead over Pedersen in the points classification. Arriving safely in the peloton, Evenepoel hold on to red for another day.


Stage 8 would be the first valid test of Evenepoel’s leadership credentials as the Vuelta entered Asturias. The 153.4km route from La Pola Llaviana to Collau Fancuaya had more ups and downs than an elevator, with five categorised climbs before a Category 1 summit finish.


A group immediately went on the offensive, with Aleksey Lutsenko, Thibaut Pinot and stage winners Marc Soler and Jay Vine again in the mix. Vine got to the top of the opening climb in front.


The race soon settled down with ten riders at la cabeza, of which Mads Pedersen was one. He took maximum points in the intermediate sprint and the maillot Verde from Sam Bennett.


Victor Langelotti was forced to abandon, having crashed as Vine continued to reach the peaks unchallenged by his fellow leaders. The Australian was taking a commanding lead in the King of the Mountains race, taking the jersey Langelotti vacated.


By the foot of the final climb, the now eight-member group held an ever-decreasing lead of around three minutes. Lutsenko attacked with six kilometres remaining, but he was soon overhauled by the unconquerable Vine, who left his tiring opponents behind.


Having waited so long for a victory, Vine had two in three days - both summits finish at a Grand Tour! He finished 43 seconds clear of Soler, Pinot and Rein Taraamae before the red jersey and other race favourites Primoz Roglic and Enric Mas came in 1’20” behind the winner.


Mas and Roglic moved to second and third on GC, 28” and 1’01” behind Evenepoel, respectively.


Five more mountains had to be negotiated on Stage 9 as the Asturian double-header came to a close. Starting in Villaviciosa, the finishing line was again atop a Category 1 summit, 171.4km away in Les Praeres, where Simon Yates won on his way to the 2018 title.


A group of nine were five minutes clear of the peloton at roughly the halfway point, of which Louis Meintjes was the best-placed on GC, over eight minutes down.


The ever-combative Jay Vine and Marc Soler tried to bridge over from the bunch but were denied.


As the final climb honed into view, Jimmy Janssens and Samuele Battistella attacked together but were soon passed by Meintjes. Further back, Evenepoel was turning on the accelerator, initially with only Roglic, Mas and UAE Team Emirates’ Juan Ayuso able to go with him, before the Belgian dropped them. Yates could not repeat his heroics on Les Praeres this time, as he too was distanced.


Meintjes, all alone, celebrated victory at the dusty finish line. A first major stage wins aged 30 for The South African of Intermarche. Behind him were Battistella, runner-up for the second time in a few days, and fellow Italian Edoardo Zambanini.


But finishing fourth with no signs of slowing down, Remco Evenepoel was a big winner on the day too. 44 seconds clear of Mas, with Roglic and Carlos Rodriguez a few seconds further behind.


As a result, nearest challenger Mas was now 1’12” behind Evenepoel, and the Spaniard from Movistar was 39 seconds ahead of reigning champion Roglic, giving Evenepoel a bit of breathing space over the Rest Day as the Vuelta headed southeast.


After the Time Trial on Stage 10, the eleventh stage was a return to the flat, meaning Evenepoel’s lead in red was unlikely to come under threat.


The long day in the saddle - 191.2km from ElPozo Alimentacion to Cabo de Gata - was likely to end in a bunch sprint, but that didn’t stop Jetse Bol, Joan Bou and Vojtech Repa from trying their luck in a breakaway.


Repa survived a crash when up the road, but Julien Alaphilippe was not so fortunate, forced to abandon the race with a shoulder injury has also come down.


Bol decided to go alone once the gap was closing but could not see it out and was swallowed up with 26km remaining.


Mads Pedersen took the maximum at the intermediate sprint with 10km to go, but on the long, straight run in at Cabo de Gata, he could only manage fifth, as Kaden Groves of Bike-Exchange finished ahead of Donny van Poppel and Tim Merlier; a third stage win for Australia.


No changes to GC means, heading to Salobreña for Stage 12, Remco Evenepoel has a great chance of becoming Belgium’s first winner of la Vuelta since Freddy Maertens in 1977.