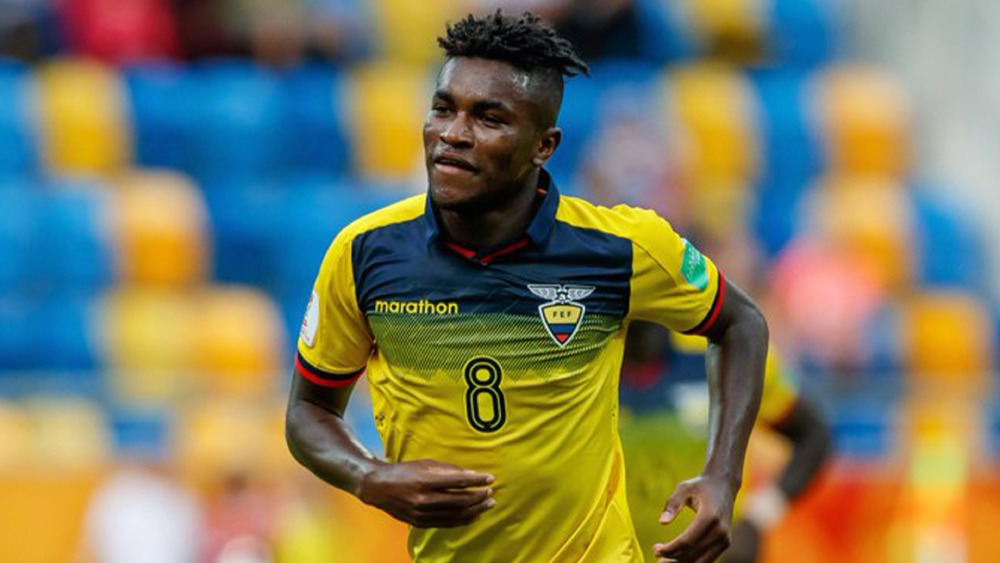 As the end of the transfer windows draws nearer and nearer, Brighton & Hove Albion look to be edging closer to securing the signing of long-term target José Cifuentes from LAFC. The Ecuadorian international has also attracted interest from Leeds United, but reports suggest Brighton has been the club to act first with a bid in the region of £6 million.


The story so far

After coming through the youth system at Universidad Católica in his native Ecuador, Cifuentes managed to break through into the senior team. Due to limited game time, a loan to second division team América de Quito was agreed and Cifuentes started to find his groove in senior football as he helped his side gain promotion to the top flight. After 18 months with América de Quito, LAFC came calling and secured the 23-year-old for a fee of around £2.5 million.

Cifuentes has become a vital cog in the LAFC midfield and has improved year upon year to become one of the best midfielders in the league this season. He has brought goals and assists to his game, improving his numbers. At just 23 years of age, Cifuentes is progressing well and could be ready to take the next step.

The young midfielder was a vital part of the Ecuadorian U20 team that finished third in the U20 World Cup in 2019 and won the 2019 South American U20 Championship, besting Argentina in the final. The LAFC club website has this to say about Cifuentes “Playing nearly every minute of the tournament, Cifuentes garnered interest from the likes of Manchester City and Celtic. But again, LAFC has won the race to sign another promising, young talent from South America.”

Cifuentes is a dynamic box-to-box midfielder who is confident carrying the ball forward and is very strong on the ball, considering his height and build. He covers a lot of ground a makes a nuisance of himself by pressing the opposition, averaging 25.18 pressures per 90 minutes (FBref), putting him in the 94th percentile amongst MLS midfielders.

It's not only in pressure metrics where Cifuentes ranks highly, placing in the 94th percentile or above, for non-penalty goals per 90, non-penalty xG per 90, xA per 90 and dribbles completed per 90.

Cifuentes excels when pushing forward from midfield and is currently having his best season so far in terms of goal contributions, with seven goals and six assists in 25 games this season in the MLS. For comparison, the Ecuadorian international played seven more games last year and still managed five goals and five assists.

Interestingly, for LAFC last season, former manager Bob Bradley used Cifuentes as a defensive midfielder, a box-to-box, an attacking midfielder, a left midfielder and even as a centre forward. This season has seen new LAFC manager Steve Cherundolo have Cifuentes operate exclusively as a box-to-box midfielder and statistics suggest this was the correct move for the team and the individual.

Brighton is collecting quite the crop of young Ecuadorian talent, with the likes of Moisés Caicedo, Pervis Estupiñán and Jeremy Sarmiento already on the books at the Amex. The English game has become accustomed to the sleek work that Brighton does in the transfer market, and the tracking of Cifuentes is no different. As rumours are starting to heat surrounding the future of fellow countrymen Caicedo, Brighton appears to have already identified the LAFC midfield man as their replacement.

With a current wage of just £6000 a week (FBref) and a potential fee of £6 million, Cifuentes could prove to be a tricky bit of business by the Seagulls. Transfermarkt currently suggests that the young midfielder has a market value of £9 million, but with his contract running out at the end of next year, Brighton may strike a deal for a lower fee. A player of his versatility offers manager Graham Potter plenty of options in his 3421 set-ups, whether that be on the centrally, left or right in midfield or even more advanced.

There are apparent question marks over the step up in quality from the MLS to the Premier League. Cifuentes, though, has the kind of player profile that might integrate well into Brighton's midfield and develop into a terrific midfield player for years to come if they are successful in getting this deal through.