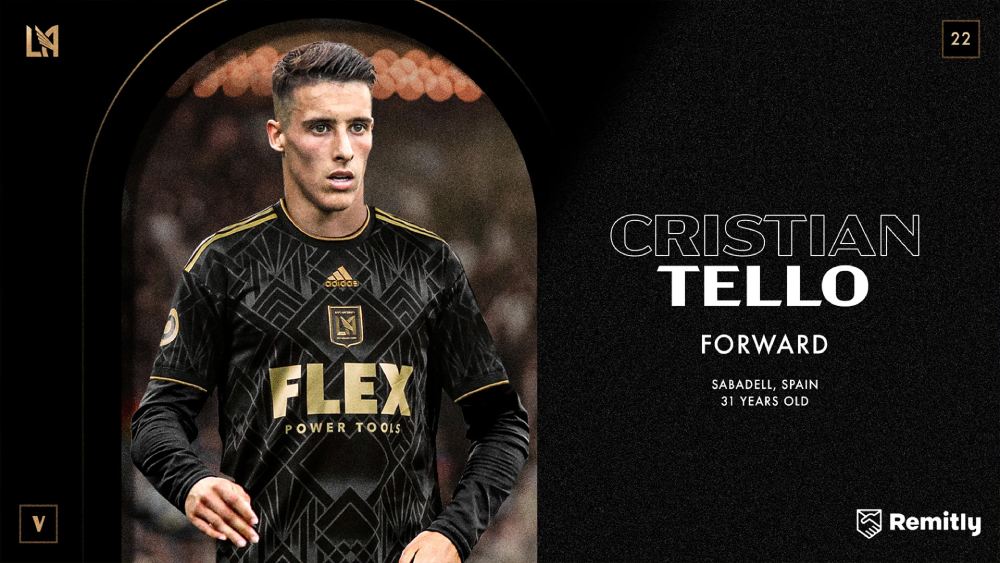 The MLS is approaching the season's final stretch, just as several European leagues are beginning to pick up their pace. After the expiry of his contract at the end of the Spanish season, former Barcelona and Fiorentina winger Cristian Tello has signed with LAFC on a deal until December, with the club holding the option to extend for another two years. Tello joins an LAFC team who sits top of the Western Conference and are favourites for the Supporters’ Shield and the MLS cup.

Tello spent his youth career with Barcelona and Espanyol before making his senior debut for Espanyol B in 2010. He returned to Barcelona, with the B team, before eventually making his La Liga debut for the club under Pep Guardiola in 2012.

Following loan moves to Porto and Fiorentina, Tello eventually found a permanent home at Real Betis. The 31-year-old has been a consistent starter for the club from Seville over the last five seasons culminating in a Copa del Rey trophy win this season under Manuel Pellegrini to end his spell with the club.

Tello has played in the Champions League and the Europa League for Barcelona and Real Betis respectively and has also made one appearance for the Spanish national team.

After the signings of Denis Bouanga, Gareth Bale and Giorgio Chiellini so far this window, LAFChase once again bolstered their squad with the addition of Tello. The Spanish winger also joins the likes of Carlos Vela, José Cifuentes and Cristian Arango in an LAFC team with hopes of going all the way.

For the fans of the Black and Gold, anything less than the MLS cup after the postseason campaign would be a significant letdown. The combination of Chiellini and Bale's wealth of knowledge, Bouanga's talent as he enters the prime of his career, and the steadfast Carlos Vela creates a side that is as strong a favourite as the league has seen in years.


Playstyle& position in the team

Uruguayan winger Diego Rossi’s move to Fenerbahçe on a permanent deal left manager Steve Cherundolo in need of a replacement. With Tello spending the bulk of his career on the left wing, he is a direct replacement for Rossi’s old position in the team.

In 23 La Liga games for Betis last season, Tello scored two goals and made two assists, and in six Europa League games, he scored two goals. According to FBref, the 31-year-old ranked in the top 25% for non-penalty goals, non-penalty xG and shot-creating actions per 90 minutes, when compared with other La Liga wingers and attackers. Interestingly, Tello’s defensive numbers rank highly amongst many wingers in the league, falling in the 84th percentile for tackles, interceptions and blocks per 90 minutes.

Tello has slowed down his attacking output this season but has excelled under Pellegrini by tracking back to help the defence. The former La Masia youth product has had a decent season in a good Betis team and will bring a high level of experience and performance to LAFC. He is a traditional winger and likes to bomb down the wing and put balls into the box for strikers to attack. The Spaniard is a good dribbler and chips in with several goals and assists each season.

With Tello, LAFC is getting a ready-made replacement for Diego Rossi with an option for two more years if all goes to plan. The 31-year-old is a fantastic addition to the squad and will bring a wealth of experience in European football. This move adds to an already incredible LAFC squad with aspirations of the MLS cup and should be a success for all parties.