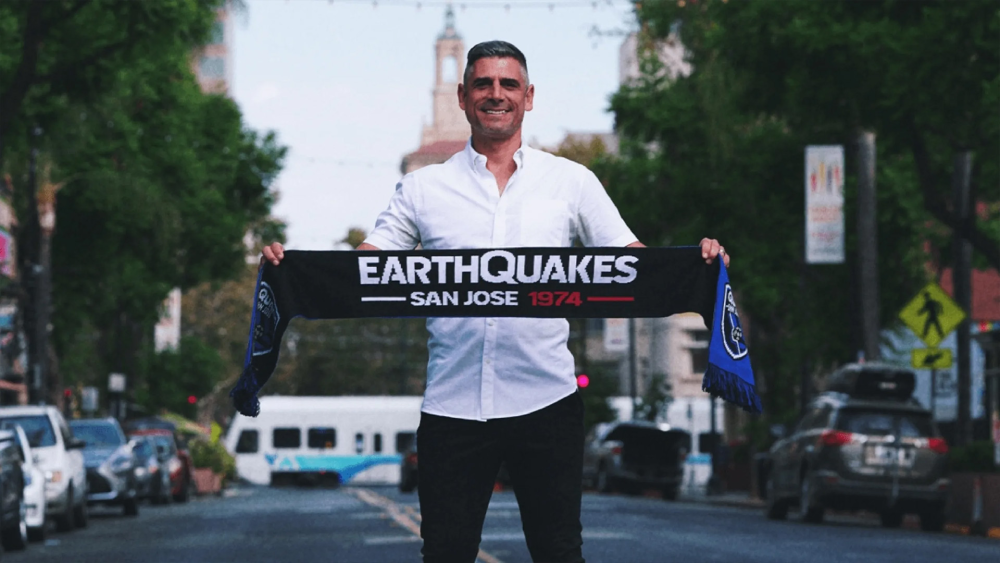 
The beautiful game of football brings a degree of uncertainty and unpredictability that supporters just cannot resist. A roller coaster of emotions, which few entertainment mediums can even dare dream of matching, but there are times when a football organisation becomes stagnant.

In these rudderless times, the beautiful game can be a heartbreakingly mundane experience.

Lovers of San Jose Earthquakes have been scorned onlookers for most of the current MLS campaign. On the pitch, they have been toothless at times, their interim coach Alex Covelo hamstrung by the Quake’s hierarchy addiction to cut the wage bill.

Rumours circled the California club, and each one centred on departures rather than prospective new players. Quakes fans’ tribal loyalty has been tested to its limits as the club battled an identity crisis devoid of any footballing strategy.


Argentinian coach Matias Almeyda departed San Jose in April 2022 after three-plus years at the Quake’s helm. San Jose and Almeyda endured a fractured relationship before one of the ugliest breakups in MLS history.

Near the end of the Almeyda era, he made it abundantly that he no longer desired to be in Northern California. His tactical approach- full of gusto and attacking impetus- was exciting to watch as it resulted in plenty of goals.

The problem for Almeyda and San Jose, the goals flowed at both ends of the pitch, and there was a raft of player turnover and flux.

It was a frenzy of upheaval for the Quakes during his tenure, and in essence, they have been paying the price ever since. The Argentine managed 102 times in the MLS, winning only 33 games.


San Jose’s rebound guy since the exhilarating time of Almeyda has been interim coach Alex Covelo who has steadied the ship. Covelo is the Quake’s Swiss army knife; he has been part of the organisation since 2017, serving multiple roles and jumping into the interim role when called upon.

The Spaniard has conjured youth development improvements at San Jose, passing on some of the knowledge he was bestowed during his time at the world-renowned FC Barcelona’s Academy.

The interim coach is doing a stellar job in California bereft of the resources from the swashbuckling Almeyda times, the former Barca starlet has been stoic in his mission of keeping the managerial seat warm whilst the club found their man.

While San Jose's chances of making the playoffs were increasingly remote, he has persisted in his mission despite losing players and times, his supporters losing faith in the club's strategic course.

Incredibly, if the Quakes get a win against Sporting Kansas City, they are right back in the mix of an unlikely march to the Playoffs. Momentum is building in San Jose following their victory over MLS-leading LA Galaxy, which ended LAFC’s seven-match-winning streak.

The Quakes took advantage of an under-committed Galaxy side who have already secured their ticket to the playoffs bonanza.

The Long-Awaited Arrival of a Messiah


The good news train in San Jose has also brought another important cornerstone for further success with the announcement of a new permanent manager in recent days.

USMNT assistant Luchi Gonzalez will take over the Quakes’ hot seat following USA’s World Cup campaign in Qatar. The former FC Dallas Manager from 2018-2021 guided the Toros to the promised land of the playoffs every season bar one.

Gonzalez is no stranger to the Quakes faithful, having previously played for them. The Earthquakes pounced to get the sought-after coach before his World Cup exploits.

He will formally assume control of San Jose in January and bring a wealth of experience playing football abroad to North California.

The San Jose squad is far from lacking in talent and potential. The Quakes are one of the top academies in the MLS. During his stint with Dallas, Gonzalez nurtured the development of youth, with one, in particular, evolving into one of the MLS’s most notable exports in recent times.

Ricardo Pepi evolved into a player of startling delicacy under Gonzalez’s tutelage and earnt a big-money move to the Bundesliga with Augsburg last January.

Fans of the Quakes have every right to be enthusiastic if Gonzalez can combine his storied youth with his experience in the world of international football.

As for current interim manager Alex Covelo, he may prove to be a messiah in his own right if he can miraculously guide this Quakes outfit to the holy grail of the Playoffs this season.