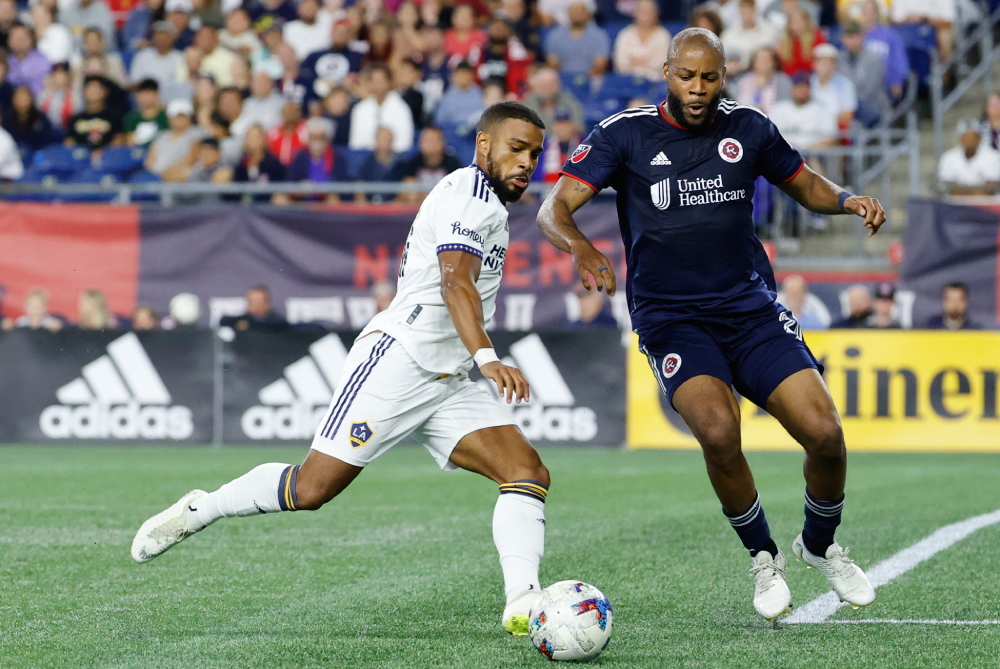 
LA Galaxy finally wins on the road to end their four away game winless streak. With this win, they also shrugged off the disappointment of the last match when they couldn’t win against Seattle Sounders after taking the 2-0 lead in the first half and had to come back late in the game to settle for a draw. This loss for New England Revolution also meant they lost their nine home match unbeaten streak, and this was their just 5th loss in 30 home games.


First half - Intent & decisiveness from Galaxy


Galaxy came with a plan to play on the counter and vertical to compensate for playing away, and it worked for them to the full. When LA goalkeeper Jonathan Bond passed to Javier "Chicharito" Hernandez over the Revolutions' midfield in the fourth minute, Hernandez then played a through ball, splitting the centre backs, for Daniel Aguirre, whose low shot from the right of the 6-yard box to the right of the goalkeeper found the back of the net.


They went the same route again for the second goal, Bond to Chicharito, whose touch ricocheted in the path of his strike partner Kevin Cabral, who laid it off to Riqui Puig. Puig got his first start for LA after his move from FC Barcelona, who first chested the ball down and then played a pass again, splitting the centre-backs in the path of Hernandez, who took a low left-footed shot to the right of the New England keeper to give his 2-0 lead inside 15 minutes.


According to LA’s plan, they let Revolution have possession of the ball and made them take shots from outside the box. They created two good opportunities and should have gotten a goal when. First, in the 29th minute, after a quick passing around the box and movement, New England left-back DeJuan Jones found a second to shoot but only hit the post. Then for the second in the 36th minute, Jones cut back for Emmanuel Boateng, only for Galaxy keeper bond to make a reflexive save and keep his team’s lead to 2-0 going in at the half time.


Second half – Galaxy holds out for the win


This half was almost a repeat of the first half. New England dominates the game and creates chances, and Galaxy play on the counter and creates for themselves, but neither team were decisive enough. Jones created a half-decent chance for New England again in the 58th minute but was still let down by his team. After this, Revolution steps up their game to create a bit more room for themselves in and around the box, but Galaxy keeper Bond was equal to everything they threw at him till the 81st minute but even he didn’t have any answer for Carles Gill’s left-footed outside of the box curling effort and finally for all the domination at home Revolution had a goal, but it came too late because if felt like they needed that many chances again to score their 2nd of the night because they created few good chances at the end but couldn’t put the ball in the back of the net again & LA hold out for a win. Bond made se saves for Galaxy.