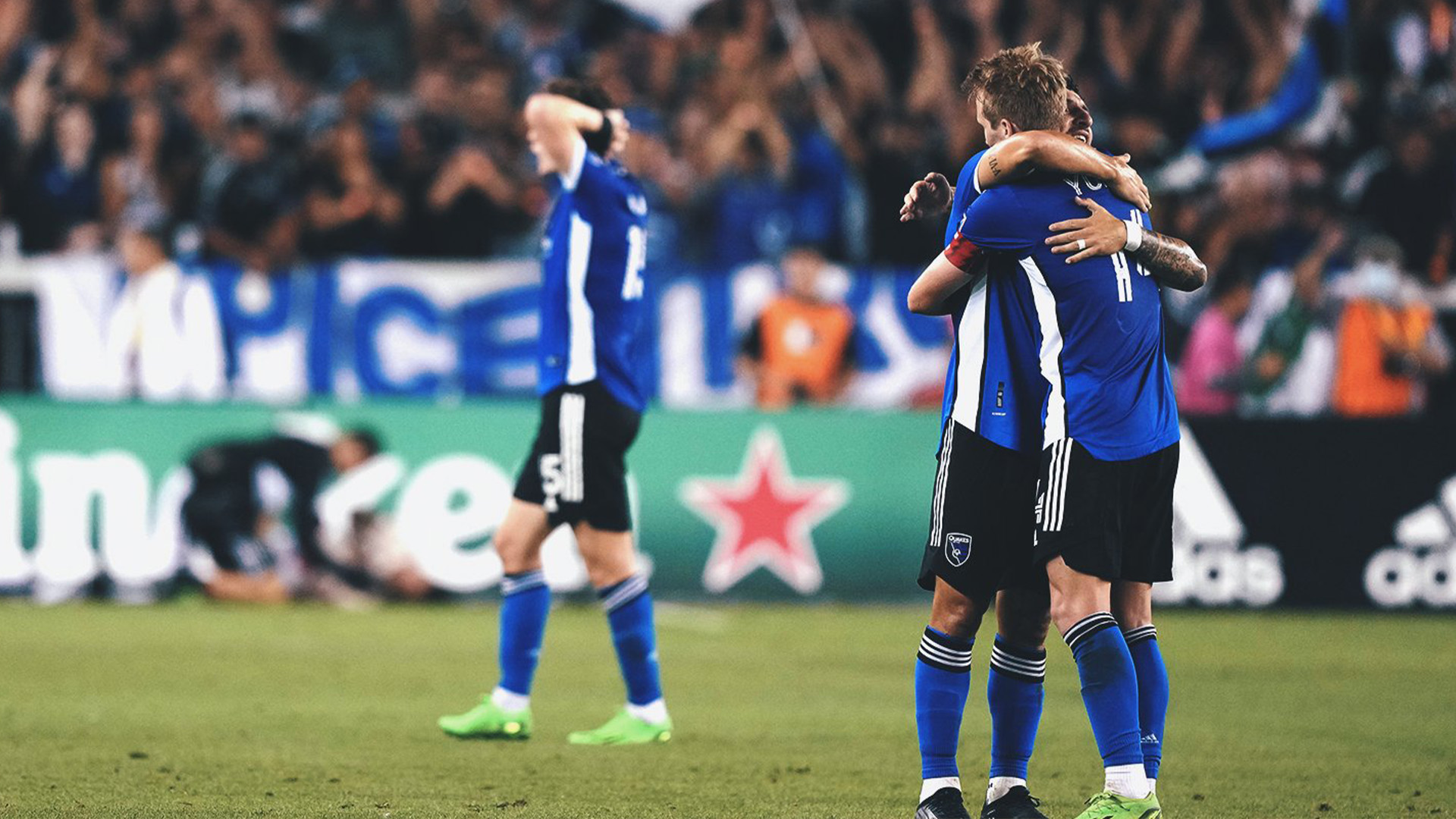 Cherundolo walked into this match, beaming in confidence to extend their remarkable winning streak and lead at the top as he opted to play in a 4-3-3 position making several changes to his side from their 1-0 against D.C United. The back 4 remained the same, though a plethora of rotation in midfield and attack as Hollingshead and Mendes replaced Illie Sanchez and Cifuentes whilst skipper Vela was rested on the bench along with Gareth Bale and Blessing walked would join the attack along with Opoku and Arango.

As for San Jose Earthquake, Lucchi Gonzales looked to bounce from last weekend’s 4-1 drubbing to F.C. Dallas. Gregus was called up Judson in a 4-2-3-1 formation in Infront of an 18,000 capacity at PayPal Park.

The home team got off to a strong start when Gregus won the ball in midfield and passed it to Espinoza on the right side. Espinoza then spotted an overlapping Tommy Thompson as the full-back cut into Kikanovic, who scored with his left as the ball flew past Crepeau in the 14th minute as the crowd erupted in jubilation.

The away side looked to break the Quakes’ sturdy defence as Acosta and Mendez looked to rotate the ball with quick interchanging from the front three – Blessing, Arango and Opoku. However, the Head Coach, Lucchi Gonzales, made sure that his side would be well solid in defence and explosive on the counter as the centre-half duo Beason and Nathan with the goalkeeper Marcinkowski, handled everything thrown at them.

LAFC had their best chance when in Murillo’s switch-off play to in-form Arango, who controlled the ball with his left from the channel, twist-and-turned whilst shrugging off Nathan curled one to the top corner that struck that frame of the goal in the 40th minute. The home side went into half-time knowing that the table toppers were going to throw everything at them in the second half.

Cherundolo started the second half with no changes to his side just yet as the attacking trio looked to break down the Quakes’ resilience. Despite this, the home team had a great opportunity to extend their advantage in the 47th minute when Espinoza expertly set up a soaring Nathan in the area after the ball had just sailed past the top left of the goal post. Later, Crepeau stopped Ebobisse with a good save from close range. The Quakes broke again on the counter when Monteiro dribbled past Blessing and Acosta and laid it off to Ebobisse, who tried to slide it in front as his left-footed effort went wide.

LAFC eventually got back on the level when Acosta cut open three Quakes defenders with an exquisite through-ball to Kwadwo Opoku, who chipped the ball beautifully past Marcinkowski this time as the visitors made 1-1 in the 54th minute. Cherundolo chose to do a treble substitution by bringing in Sanchez, captain Vela and Cifuentes for Blessing, Hollingshead and Mendez as he looked to kill the game. The away had almost taken the lead when Arango drove the ball forward and found Vela on the right lank as the latter slipped in a low cross to Opuku, whose shot was brilliantly saved by Marcinkowski.

Lucchi Gonzales looked to shake things by throwing in Cade Cowell as he looked to regain his control in the match. LAFC chose to bring on their star-man Gareth Bale for Opoku in the 78th minute as the game was well set for a thrilling finish.

With fewer than 15 minutes remaining, the Quakes broke the deadlock thanks to Espinoza and Thompson once more. The former found the latter's explosive overlapping run down the right flank, whose floating cross was met by a magnificent volley from replacement Cade Cowell that flew past Crepeau.

Things got worse for the away side, as Ilie Sanchez, who was on a yellow, brought down Monteiro with a clumsy challenge as Referee Michael Radchuk chose to send him off with a second yellow in the 79th minute. San Jose rotated the ball effortlessly as ten-men LAFC struggled to retain possession.

Deep into extra, LAFC’s chief tormentor Espinoza played in another through ball this time to Ebobisse, who looked through on goal only for centre-back Murillo, who managed to get put in a last-ditch tackle. When Beason, who had a phenomenal game, failed to clear the ball out of danger in the 94th minute, it went straight to Cristian Arango, who attempted to scoop the ball past Marcinkowski as he left his goal line. However, the ball went out for a goal-kick, and the Quakes breathed a sigh of relief.

Radchuk blew a full-time whistle as PayPal stadium erupted in euphoria on what was a special night. The home side’s gritty determination and daring attitude were well rewarded as Gonzales pulled off a sensational win. San Jose Earthquakes will now travel to Sporting Kansas City while Los Angeles Football Club would like to think of this as a minor blip in their quest for glory as they travel to second-placed Austin.