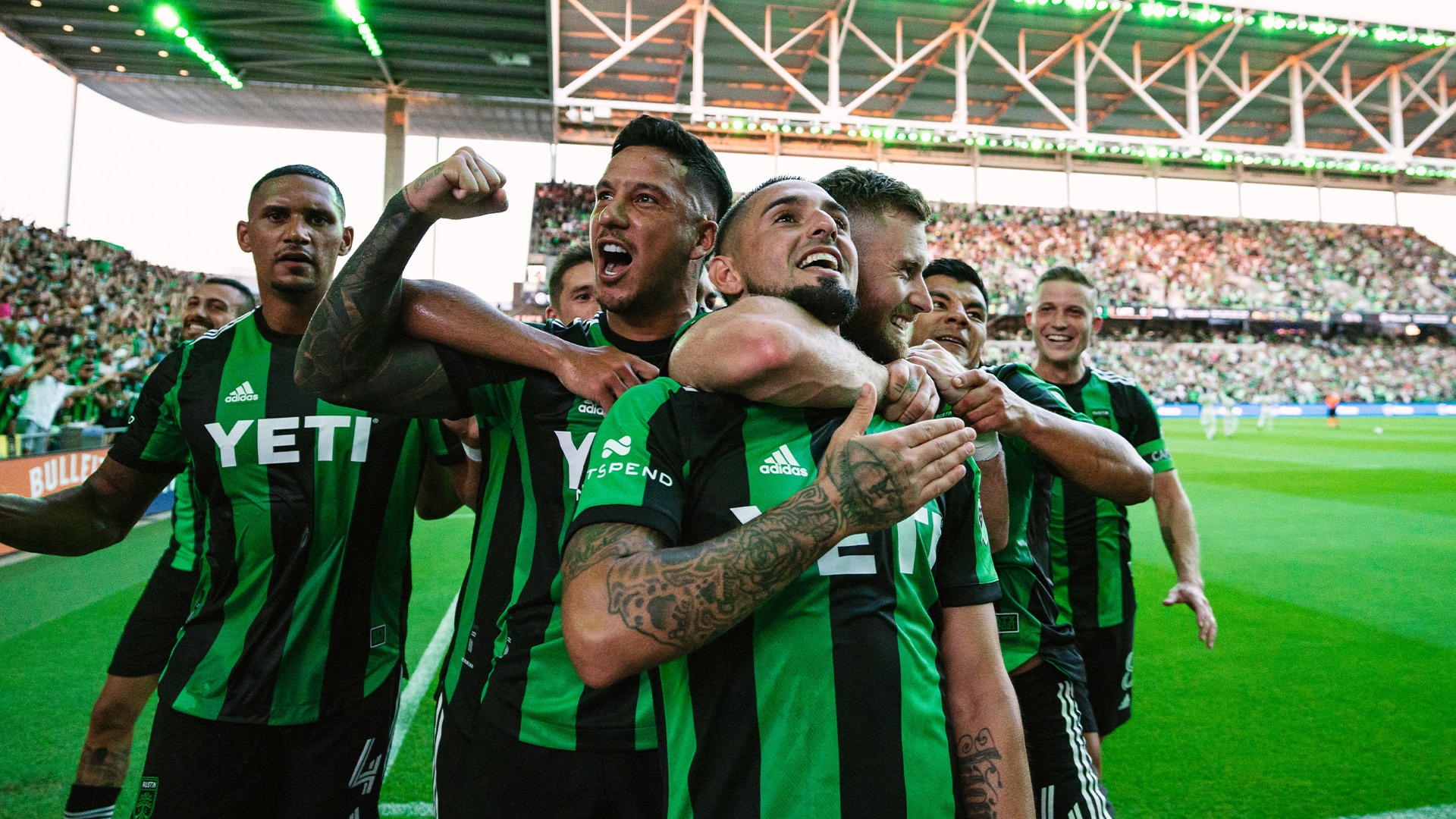 
A game that was nationally telecasted from the Q2 stadium, the Verde’s rolled past Los Angeles Football Club with a brace from Maximiliano Urruti, Diego Fagundez, and Sebastian Driussi had one apiece. Cristian Arango was the only goal scorer for the away side, which now allows the home side to edge the gap closer within 6 points with seven games to be played from the regular Western Conference league.

Josh Wolff urged his side for a response following his side’s defeat at Minnesota. In a 4-2-3-1 formation with Nilma at right back, Cascante and Gabrielsen were the centre-back duo which saw Gallagher slot in at left-back. Ring and Pereira shared their responsibilities in the midfield whilst Finlay occupied the right flank and Fagundez on the left, with Driussi playing the number 10 role behind Urruti.

Cherundolo fielded in his typical 4-3-3 formation with a plethora of changes. Hollingshead returned to occupy his right-back role, Murillo and Segura were the two centre-halves along with the energetic Palacios at left-back. Blessing, Acosta and Cifuentes occupied the midfield role, whilst the return of club captain Vela bolstered the side along with a first start to Gareth Bale on the left flank as Arango cemented his number 9 role.

The match started at a frantic pace as both sides looked to play electrifying football. Driussi looked to get the crowd on their feet as his right-footed drive from outside the box had missed to the right. In the 18th minute, Julio Cascante’s received a cross from Daniel Pereira, as the former’s left-footed shot from a tight angle met with a very good save from Crepeau near the bottom left corner.

Austin FC received a free kick when Driussi was brought down outside the box. Diego Fagundez stepped up to take the set-piece and produced an absolute belter by bending the ball to the top right corner from 25 yards out as the home side took the lead in the 32nd minute. Cherundolo tried to rotate within his front three, who continued to struggle to get into attacking areas. However, the home team had been making progress as Diego Fagundez provided a lovely through ball to Maximilliano Urruti beyond Segura as Austin's front ball whipped a strong shot that Crepeau expertly blocked.

As the referee blew the whistle for the first half, it was evident that there was more to come from both sides, with Austin FC hardly looking fazed from the star-studded LAFC, who looked out of sorts.

Cherundolo brought on Mendez for Blessing as he looked to add more steel and bite to his midfield. However, nothing looked to rattle the home side, who breamed with confidence when Nick Lima dribbled past Murillo on the right flank, whose floating cross into the box was met with a fine header from Urruti to double the home side’s lead in the 47th minute. Lima was the architect of the perfect goal that picked out the Argentinian whose glancing header had cruised inside the net.

Moments later, Urruti made it 3-0 in the 51st minute. Fagundez, the chief architect yet again, set him up beautifully as the former dribbled his way inside the box, rounded LAFC’s goalkeeper Crepeau and finished it in the back of the net from a very tight angle.

The goals looked inevitable, given how poorly LAFC was organised at the back. Driussi went on to rub more salt into LAFC’s wounds by scoring in the 58th minute as the former Zenit Saint Petersburg man brought up his 19th goal of the season by turning Murillo and sending him the wrong with a remarkable finish to the bottom right corner. It was the 10th straight game that Driussi had a goal or an assist as his contribution, and the Argentine-born is sure to be tipped for this season’s most valuable player award. Another stat to be remembered was Diego Fagundez, who brought up his 12th assist for the season, including Driussi’s goal, which would become his best in his MLS career.

The away side finally managed to get a goal in the 61st minute, when Cristian Arango scored from the six-yard box to add his good goal scoring, which proved nothing more than a consolation for LAFC. Moments later, it was Arango, yet again, who tried to add his and LAFC’s second on the night when he missed the top corner from an Escobar delivery followed by a shot that struck the woodwork in the 70th minute.

Kwadwo Opuku, who had come on for the struggling Gareth Bale, tried his best with a left-footed shot from outside the penalty area which was never going to faze Stuver, who looked hardly tested.

Austin FC eventually held their nerve and was professional enough to see the game as the referee blew the full-time whistle in front of a roaring crowd at the Q2 Stadium as the home side has now closed the gap by 6 points.

Cherundolo and his side can’t afford to slip any further as they will travel to face Houston Dynamo whilst Austin FC will host Portland.