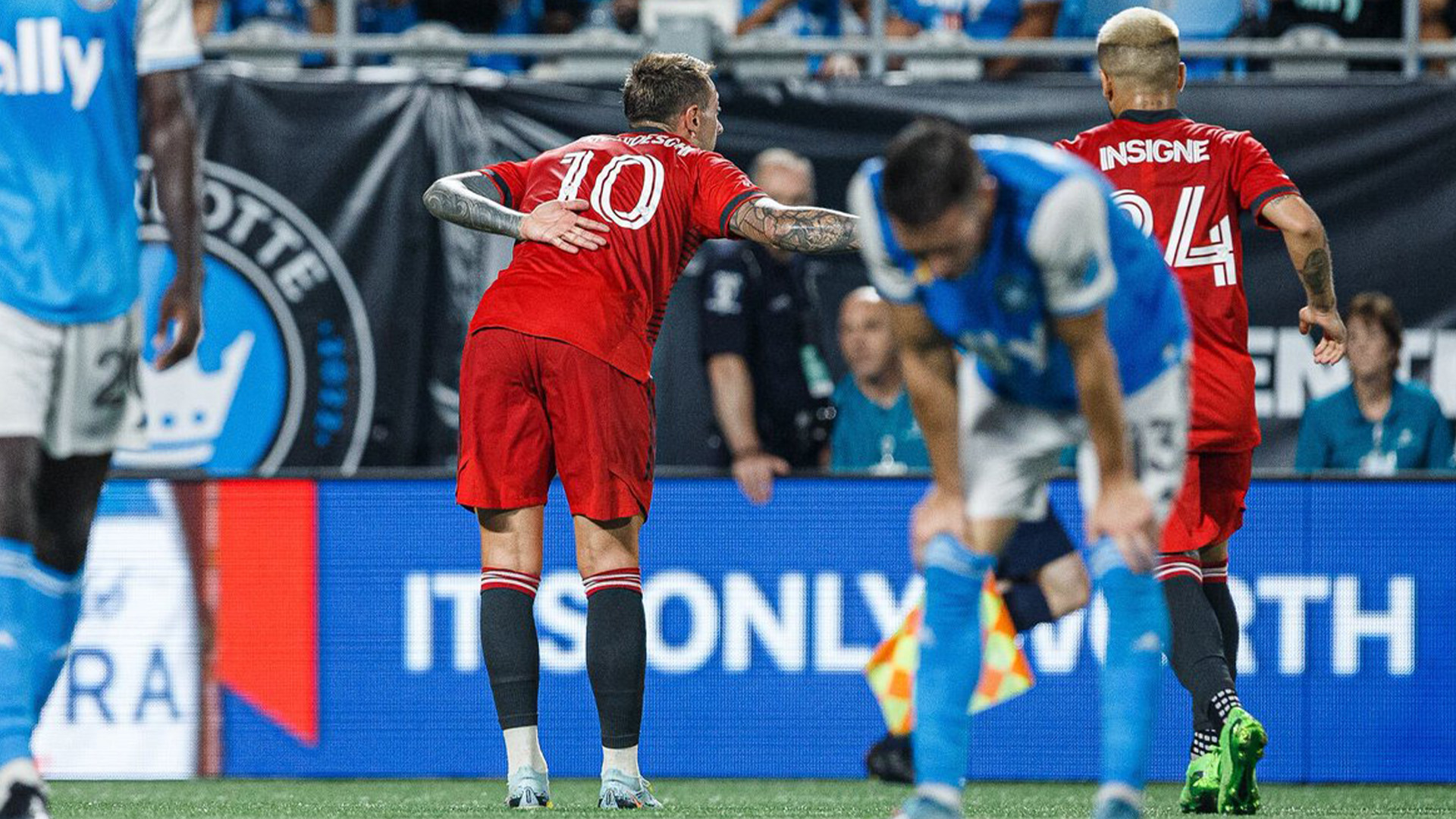 
Toronto claimed just their third away win of the season on Saturday evening as they swatted aside Charlotte FC by two goals to nil.


The home side started quickest as Benjamin Bender swung in an inviting ball which Kerwin Vargas did brilliantly to flick towards goal, but Alex Bono was equal to it and tipped the ball over.


He was soon called upon again as Bender set up Jaylin Lindsey, but his fierce drive was held by Bono, who was the busier of the two keepers in a rather forgettable first 45.


The Italian Job seal the deal for Toronto


Despite a lacklustre opening half, Charlotte came out of the dressing room like a bat out of Hell - as Karol Swiderski slid through fellow Pole Kamil Jozwiak down the left.


The former Derby man cut inside and drilled an effort on goal, but he could only find the side netting - deceiving fellow teammate Vargas who celebrated as if his side had taken the lead.


But it didn't take long for the home team to regret these wasted chances, as Toronto took the lead just two minutes later through Lorenzo Insigne's far-post header on a corner from Federico Bernardeschi. This goal ensured that Toronto's star summer signings joined up once more.


Unfazed, Charlotte worked tirelessly to score an equaliser, and they nearly did so when active Jowiak picked the pocket of Lukas MacNaughton to advance on goal and set up Andre Shinyashiki. However, Bono blocked the Brazilian's shot, and Toronto quickly cleared the rebound.


That sparked The Reds into life. They ventured straight down the other end to put the game to bed through their other Italian superstar, Bernardeschi, as he curled a delightful effort beyond Kristijan Kahlina from just inside the area to notch his fifth MLS goal.


His sixth nearly followed as Domenico Criscito caused carnage down the left before chipping a ball into his fellow Italian, but his deft header was cleared off the line by Christian Fuchs as it was headed for the far corner.


It had become The Italian Job, and as the clock ticked towards 90, the former Juve man nearly set up another as Insigne slid him through. He backheeled towards Jesus Jimenez in the area only for Charlotte defender Adilson Malanda to divert the ball goalwards, but Kahlina did excellently tip around the post.


The result drops Charlotte down to 12th with just one win from five, while Toronto leapfrogs the home side up to 10th in the East and is just three points outside the play-off places.