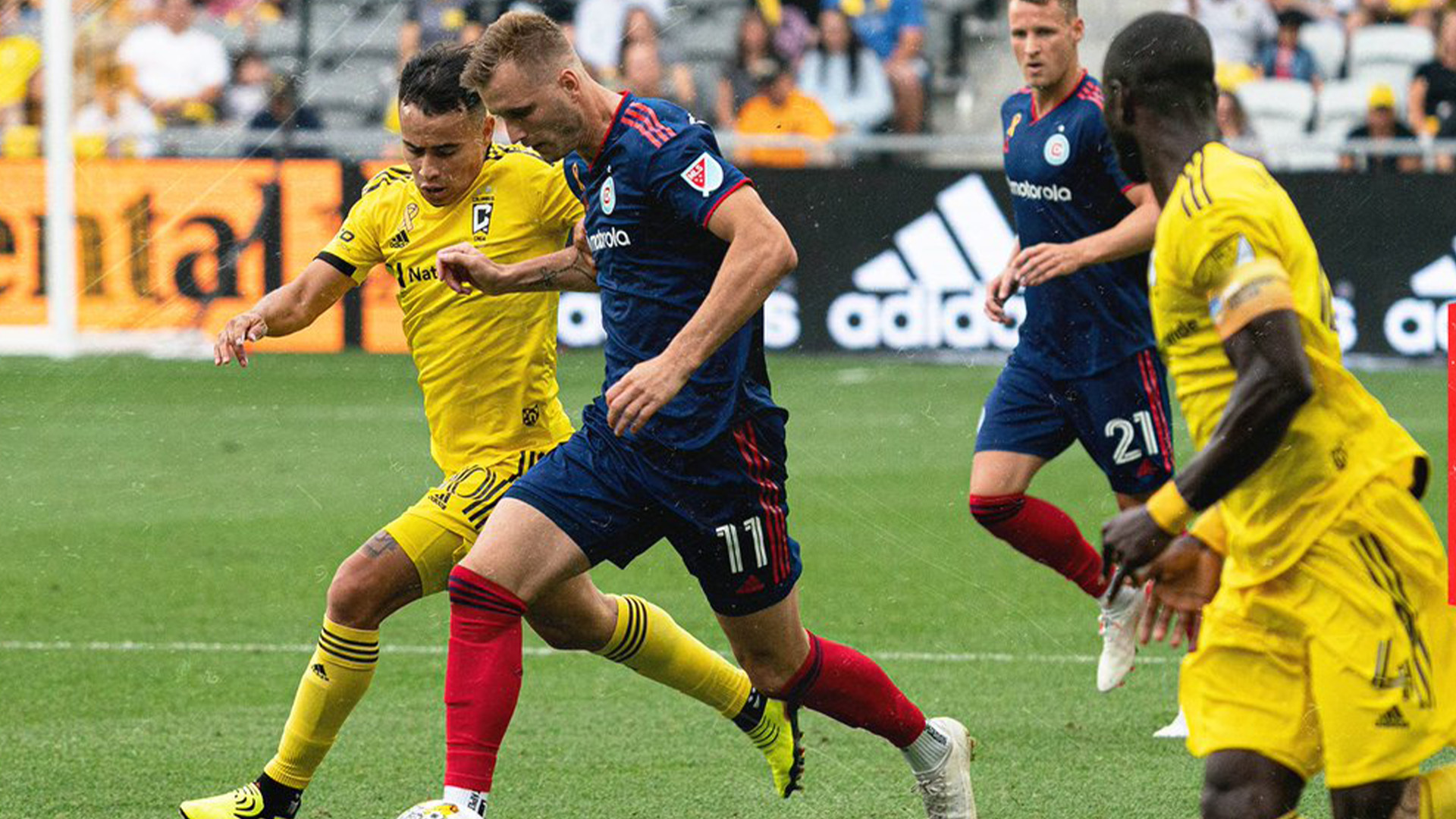 Columbus Crew welcomed the Chicago Fire on match day 28 of the MLS season. Throughout the 90 minutes, the hosts had perfect control of the action, but they ran across an inspired Gaga Slonina in goal, who turned away everything the Crew could throw at him. Pre-match prognostications would have pointed to a relatively easy win for Columbus Crew as they had the advantage of practically every metric. Chicago Fire had won only one of the last five meetings between the teams, and their current form left a lot to be desired, having claimed only four (4) points from the last fifteen available. Despite not being in the best form, Columbus had won two of their previous five games and drawn the other three (3), faring better than their opponents. Both teams lined up in a 4-2-3-1 style, but the hosts made more of an impact.

The match started with Columbus Crew taking the initiative and attacking the opponent. Both teams were quite wayward in their shooting during the game, usually blazing high and harmlessly over  the bar. It took until the 24th minute for Slonina to make his first save of the match, stooping low to claim a weak low shot  from the right by Cucho Hernandez. Six minutes later, Slonina was called on again, this time to party a powerful shot from outside the box by Lucas Zelarayán, with Rafael Czichos conceding the corner from the rebound.

Unfortunately, Chicago Fire was forced into an early change as Jhon Durán came on for the injured Bran Gutierrez. Throughout the first half, Chicago Fire struggled to handle their hosts' wing play, especially on the right wing, where Luiz Diaz constantly troubled Navarro. This forced Herbers to try and provide support for the struggling left back but also opened up spaces centrally in front of the defence. Columbus Crew tried to use these spaces in the right half-space and had a lot of shots from there.

After Slonina rushed to smother a ball over the top for Luis Diaz in the 44th minute, Columbus Crew exploited the right-hand side once again to free up space for a shot in front of the Chicago Fire defence who had crowded the box. Diaz again dribbled in from the right flank before combining with Derrick Ettiene, who had moved infield from the left. Ettiene exchanged passes with Nagbe before unleashing a curling shot that Slonina did well to save to his right. The half finished with Columbus Crew still attacking as Cucho Hernandez sent a left-footed effort high and wide to the left of Slonina's goal.

In the second half, things stayed the same as Columbus Crew still came on trying to get the opening goal. Once again, the threat came from the right wing as Luis Diaz danced past his marker before slipping in a pass to his centre forward, Cucho Hernandez, who turned to shoot but saw his effort blocked by the Chicago Fire defence.

The loose ball fell to left-back William Sands, who dragged his shot harmlessly wide. A few minutes later, Sands once again collected a clearance from a corner and this time, using his weaker right foot, shot high and wide to the right of Slonina’s goal. The hosts continued to threaten from the right-hand side, with Zelarayán combining with Luis Diaz. It was hard for Chicago Fire to handle; however, the end product was sorely lacking, and they couldn’t make Chicago Fire pay, despite all their dominance.

They did come close in the 60th minute when the ever-threatening Zelarayán found space for a shot from outside the box after a quick counterattack. Slonina was equal to the shot, and the in-form goalkeeper tipped it around the post for a corner.

Despite their dominance in all aspects of the game, it is a measure of their dominance that the Chicago Fire was only able to muster their first attempt on target in the 73rd minute of the match. However, Columbus Crew were unable to claim all three points as they did in the reverse fixture earlier in July.

This was primarily due to stout defending from the visitors and an inspired goal-keeping performance from Slonina. The Chelsea FC-bound keeper made nine saves in the match to ensure that he claimed his 12th clean sheet of the campaign. His opposite number, Eloy Room, had to make only one save to secure his 10th clean sheet of the season.

The result leaves Chicago Fire in 13th position in the Eastern Conference while Columbus Crew stays 6th with forty (40) points on the board.