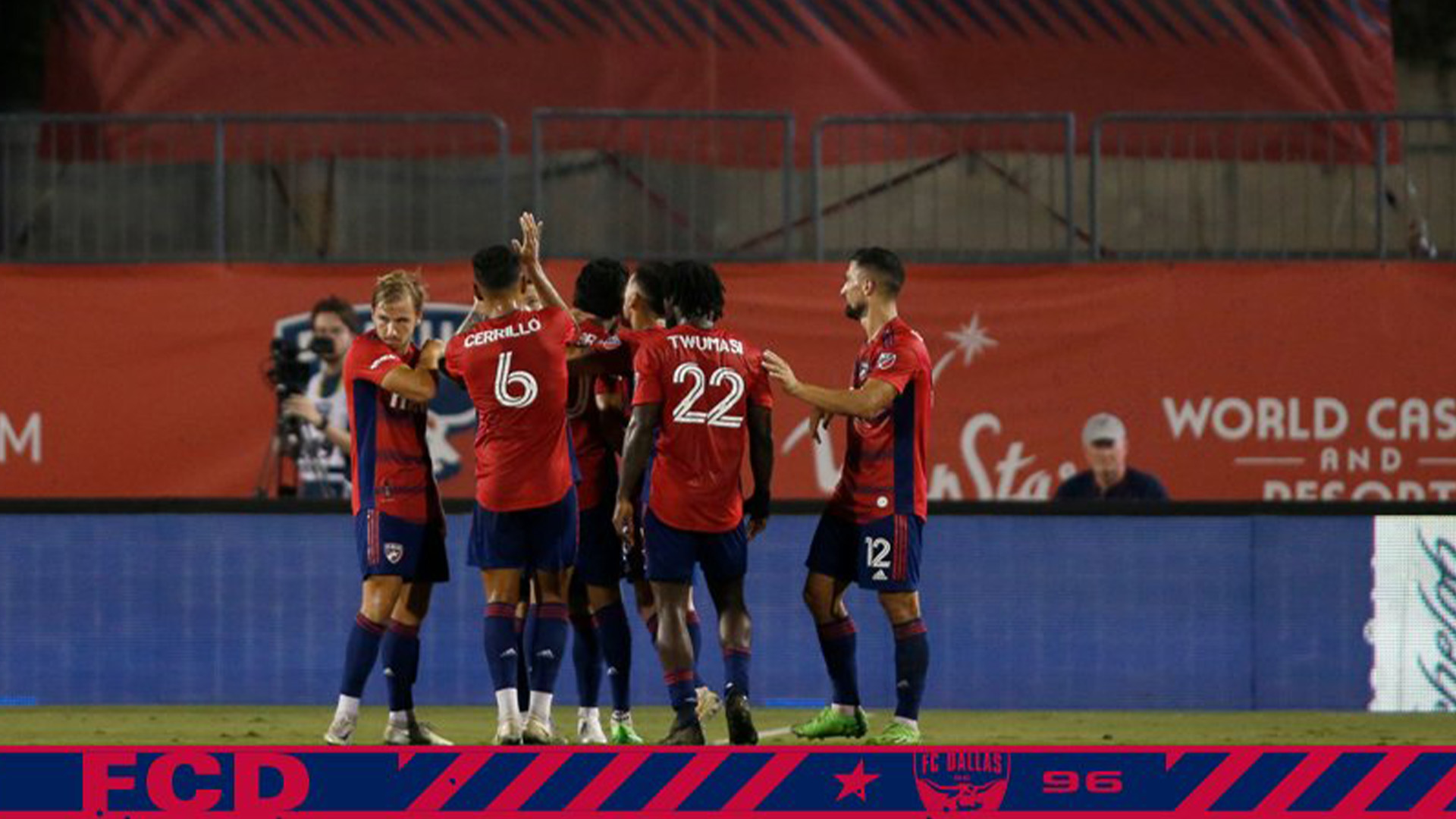 
A crunching tie between two of the most impressive teams in the MLS this season as Philadelphia travelled to Texas to face FC Dallas at the Toyota Stadium.


Top of the Eastern Conference going into the game, ‘The Union’  had won five of the last six before going to Dallas, where they were looking to extend their stay at the top of the table.


FC Dallas is fresh off the back of a 4-1 win over San Jose Earthquakes, where Alan Velasco, Marco Farfan, and Jesus Ferreira ran the show against their Californian opponents - this win made it 10 points from a possible 15 in their recent run.


‘The Toros’ sit third in the Western Conference, where they are looking to chase a star-studded LAFC and local rivals FC Austin to put a cherry on top of an engrossing season under Nico Estevez.


Philadelphia started the better with the momentum being with them for the first 10 minutes. However, a robust Dallas defence nullified the quality of the chances they created to prevent Marten Paes from doing much work.


Marten Paes did have to make a save after an audacious effort from Julian Carranza had forced a stretch from the Dutch goalkeeper.


It seemed it wasn’t going to be FC Dallas’ night when an injury scare to key player Paul Arriola put fear into many fans and his peers.


Despite the early pressure, FC Dallas struck first in the 14th minute with their star forward Jesus Ferreira thumping the ball with great power past Andre Blake.


The goal came from the new signing Sebastian Lleglet’s ball to Paul Arriola, who fed his fellow USMNT teammate, who used his quick feet to beat a defender and drill it into the bottom-left corner fifteenth goal of the season. This goal also gave Paul Arriola his third assist of the season.


It was a goal made by the USMNT as all three internationals combined. This goal kicked the game alive as a feisty battle, with Philadelphia committing seven fouls to Dallas’ six.


Jim Curtin’s men became increasingly frustrated as the interval approached. The lack of chances created due to Estevez’s defence being on top form forced some of their players to fly into challenges to win the ball back.


However, Cory Blake was a victim of an injury and was forced out before the half-time whistle for Mikael Uhre.


Kai Wagner had a chance after the restart, which nearly got Philadelphia off to a dream start, but the shot was shifted quickly by the Dallas defence, who were really on top of their game tonight.


Following were two quality chances from the home side, who could have doubled their lead after a cross from Jesus Ferreira found Paul Arriola, whose header just went slightly wide of Andre Blake’s goal. The link-up between these two US internationals was really on point throughout the night.


Not long after, Alan Velasco dragged his shot slightly wide the same right-hand side post as the Argentinian nearly got that illustrious second goal to make it two in as many games.


The start of this half was end-to-end as Uhre forced a save out of Paes as the Dane nearly slotted an equaliser in the bottom left corner, but the former FC Utrecht goalkeeper was able to match the striker.


Just shy of the hour mark, Ferreira could have doubled Dallas’ advantage as a good play on the right-hand side fed the striker, who had his effort blocked.


Five minutes later, Alan Velasco's lively performance continued as he displayed his dribbling ability to beat Nathan Harriel and get a shot off at Andre Blake, which hit the side netting.


A brawl at the start of the last twenty as Union’s Daniel Gazdag fouled Paxton Pomykal after he played the ball. The nature of the challenge was rash and saw Gazdag, Oliver Mbaizo, and Jesus Ferreira booked for both sides.


That feisty battle continued, with both teams committing 27 fouls by the end of the match. The tackles on the show were something to be admired in secret.


With an additional seven minutes added on, Philadelphia piled on the pressure as Paes was forced into a couple of saves, but FC Dallas’ game management helped them see the game out for a 1-0 victory.


FC Dallas’ character during the game was second-to-none. The frustration of Philadelphia spilt over and forced some nasty challenges from both sides. However, as they had the advantage, Dallas managed the game well.


Union’s attackers were lacklustre in their finishing, which cost them a point on the road to carry on their run of form, but Jim Curtin’s side can only be mad at themselves for allowing their temperament to get the best of them.


Whilst it made for a pleasing battle, it did lead to some unnecessary challenges, including the foul from Gazdag on Pomykal, an integral player who could very well be on the plane to Qatar this winter.


Apart from that, it was an entertaining end-to-end match that showcased some of the best talents in MLS and two of the brightest managers in the league, as both teams are hopeful of success this season.


Man of the Match for this game would have to go to Jesus Ferreira - his work rate, link-up play, and decisive goal allowed FC Dallas to impose themselves onto the game and beat one of the best sides in the league this year.