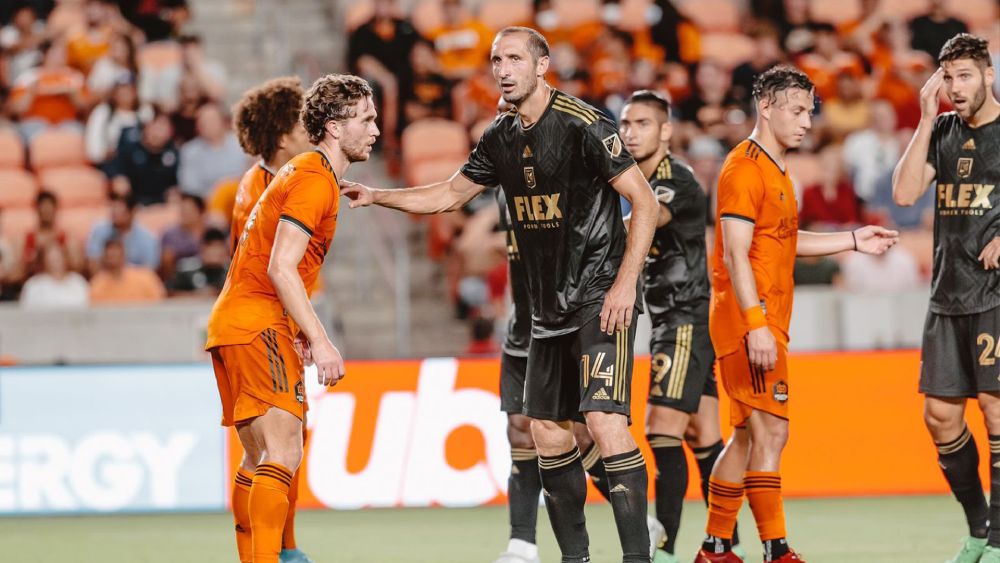 Houston Dynamo pulled off a massive upset by defeating the league leaders LAFC 2-1 and secured their first win in more than a month. Houston was enduring a horrendous run of form. They had failed to win their last six games, losing five and drawing one.

So this was a massive boost for the team. LAFC is now tied with the Philadelphia Union, who won their game Wednesday, for most points in the league, but they have lost three straight matches. In each of those losses, none of LAFC's high-priced superstars -- such as Carlos Vela or Gareth Bale -- have found the back of the net.

Houston Dynamo lined up in a 4-2-3-1 while LAFC lined up in a 4-3-3. It was an intense end-to-end game. Both teams were desperate to end their losing streaks. In the 8th minute, Memo Rodríguez right footed shot from outside the box is blocked. Another shot by Griffin Dorsey is blocked by Illie Sanchez using his hand. After an extensive check by VAR, Houston is awarded a penalty and Sanchez is booked. Sebastián Ferreira (Houston Dynamo FC) converts the penalty with a right-footed shot giving Houston the lead. LAFC immediately ramped up the pressure and equalised in the 19th minute through Chico Arango. LAFC were on the front foot the whole time, forcing Steve Clarke to make great saves. The score was still level at halftime

The second half again began with LAFC pushing to take the lead. They were creating a flurry of chances but failed to convert their opportunities. Even Houston had a few chances on the break. In the 58th minute, Welsh star Gareth Bale came on to replace Carlos Vela. LAFC were in complete control and would have easily won the game on any other day. Houston was saved by an incredible goal-line clearance by Tim Parker in the 70th minute. Another chance came LAFC’s way when Ryan Hollingshead hit the bar with a header from the centre of the box. Gareth Bale’s header attempt was saved by Steve Clarke. Houston scored against the run of play in the 74th minute through Griffin Dorsey taking the lead. LAFC continued to search for the equaliser, and Kellyn Acosta came close in the 100th minute. Things got heated in added time, but Houston held on to win the game. They showed grit and determination and took the 3 points.