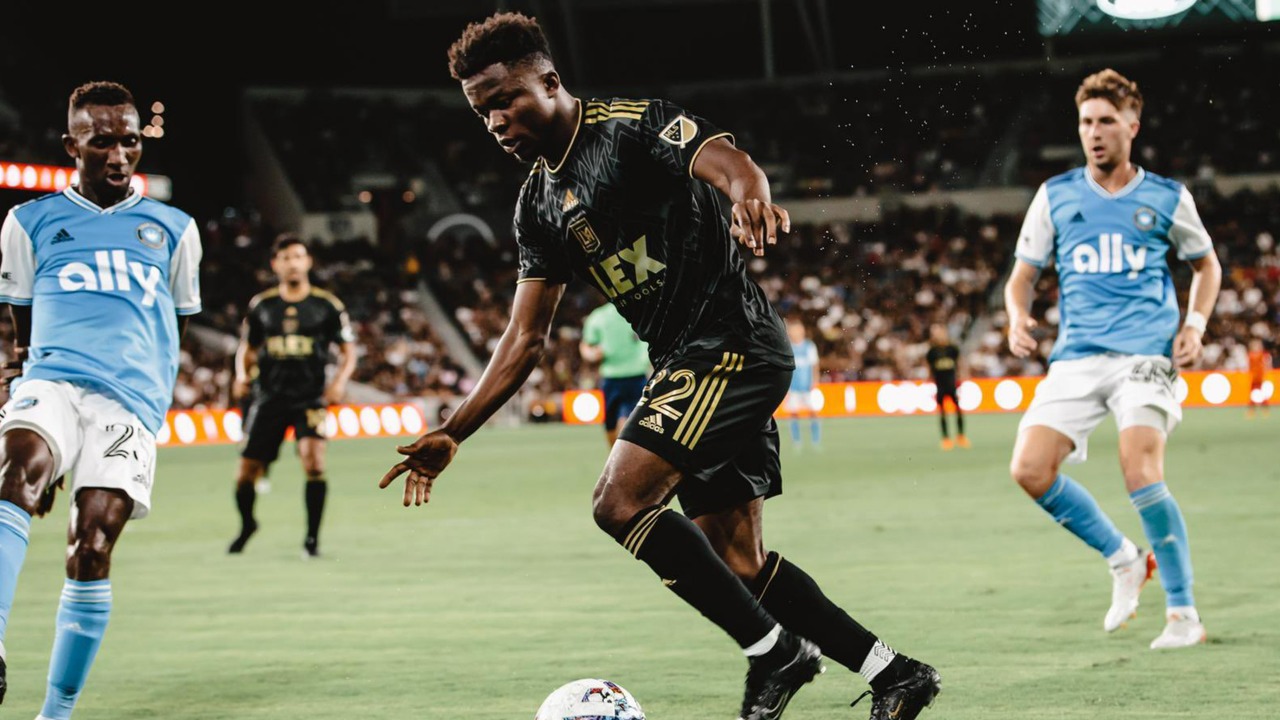 
The Los Angeles Football Club kept up their impressive streak, routing Charlotte FC with five goals in the second half despite being without their two-star additions. Jesus Murillo, Jose Cifuentes, Carlos Vela, Cristian Arango and an Anton Walkes own goal deep into full time.

The Banc of California turned up in numbers to witness the men in black and gold as the home side would make several changes from their previous 1-4 win against Real Salt Lake. Crepeau stayed in goal as Ryan Hollingshead featured at right back along with Jason Murillo and Eddie Segura at centre half whilst Ecuadorian Diego Palacios played at left back yet again. The midfield trio stayed the same while the attack saw a change as Brian Rodriguez took the place of Mahala Opuku, and Carlos Vela and Cristian Arango sought to continue their outstanding season.

Yordy Reyna, a 28-year-old Peruvian international, got a lovely little pocket and lined up a top-corner curler from 18 yards out, but Maxime Crepeau dived to his left to make a fantastic stop. This gave the visitors, who would look to question the LAFC defence, a promising start to the game.

In the 17th minute, Carlos Vela dropped deep intelligently to receive a pass from Cifuentes as the captain would float in a lovely little ball to Brian Rodriguez who, despite control in the box and a dribble past Afful, blazed it over the top corner.

LAFC continued to push higher up the pitch when Charlotte’s goalkeeper Kristijan Kahlina stepped forward with a good save as Brian Rodriguez was into the act with an effort from the right channel this time. Kahlina had to pull another save in the 33rd minute when Cristian Arango spotted an overlapping run from Palacios, who went close to scoring with a thunderous left-footed drive.

The away side huffed and puffed to keep the home side at bay for the first half as LAFC felt it was a matter of time they break the deadlock given the intensity and guile they were playing with.


Matter of time it was, as the home side got the second half underway when Palacios weighed in a lovely long pass as Jesus Murillo broke the deadlock by timing in a fine header.

LAFC almost doubled their lead within a few minutes when Brian Rodriguez found an overlapping run again from the hardworking Diego Palacios on the left flank, who squared it back beautifully to the former, whose left-footed shot cleared off the line.

Nevertheless, in the 59th minute, the black and gold scored their second goal when a poor error from Khalina, who had a good first half, could not get the ball out of danger from a Carlos Vela corner kick as Cifuentes slotted in a simple goal from close range.

Cifuentes breaming with self-confidence and imposing his authority on the match, played in an exquisite pass in the 73rd minute, spotted a Carlos Vela run behind centre half Jan Sobocinski as the skipper breezed his way with a quality finish from his left foot.

As he switched the play to the right channel, Blessing's lovely twist-and-turn pass found Hollingshead, who let it run through with an astute shimmy to find Franco Escobar. The Argentinian-born forward cut back to Arango, whose goal gave the home team a 4-0 lead with a beautiful finish. Mahala Opuku, who came on in the 76th minute.

The only genuine chance Charlotte FC had came in the 88th minute when Crepeau made a spectacular stop with his right hand after Orrin McKinze Gaines scooped up a low cross from the right flank and saw Kerwin Calderon Vargas dart into the penalty area.

Deep into full time, in the 92nd minute, Kellyn Acosta picked a smart run from Blessing with a glancing header as Kahlina stopped the latter’s efforts, only to rebound of Walkes as the ball crippled into the net to give goal number 5 for the home side.

Steve Cherundolo and his power-packed side continue to march on in the Western Conference table to set up a new club record with six straight league wins. The table toppers sit six points ahead of Austin FC and Philadelphia Union.

Will Zalatoris Wins $2.7 Million at the 2022 FedEx St. Jude Championship