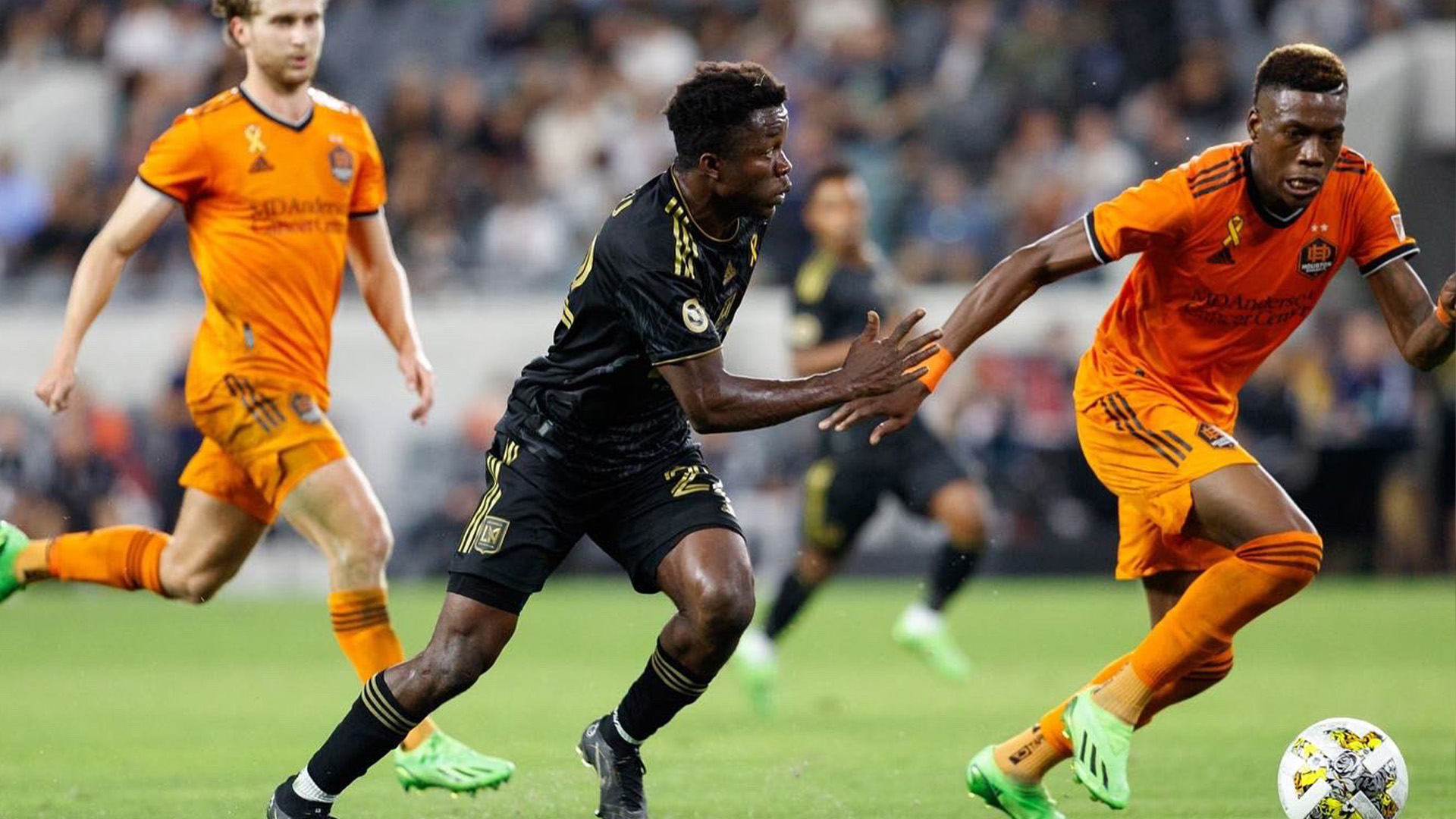 LAFC extended their lead at the top of the Western Conference to nine points on Sunday afternoon with a win against Houston Dynamo in a clash where the home team were strong favourites. Despite a shock win in their last game against New England Revolution, Houston Dynamo have had a largely disappointing season and will be ready to move on with next season. Right winger Corey Baird was key in the win last time out, central to Dynamo’s good attacking play. LAFC, meanwhile, had been on a poor run with just one win in their last six games, making every point vital.  With the win, LAFC drew level on points with Eastern Conference leaders Philadelphia Union and remain in the hunt for the Supporter’s Shield.

The game got off to a bright start, with LAFC being the team in the ascendency and winning a penalty in the seventh minute. Summer signing Dénis Bouanga latched onto the end of a through ball from Carlos Vela and was dragged down in the box by Griffin Dorsey. Vela stepped up to the spot and dispatched confidently with no chance for goalkeeper Steve Clark.

Houston Dynamo was not going away easily and found a way back into the game through in-form winger Baird. Adalberto Carrasquilla played a pinpoint pass over the LAFC defence to find Baird, who produced a moment of real quality with a two-touch finish against his former team.

15 minutes before the end of the first half, VAR was called into action as Bouanga appeared to be brought down in the box again. VAR adjudged Bouanga to have fouled Matías Vera in the build-up when regaining possession and so the tackle went unpunished. The VAR drama was not over there, however, as just before halftime, an LAFC corner came into the box and struck Fafà Picault on the arm, penalty. Vela stepped up to convert once again and fire his team back into the lead.

The Dynamo started the second half well as Matías Vera tried his luck with an ambitious volley from the edge of the box following a corner which fizzed just wide. In the end, though, it was LAFC who scored the next goal in the match, all but killing off the game after 51 minutes. Hollingshead received the ball at the right-hand side of the box after a fortunate bounce, he did well to skip past his marker a fired emphatically past Crépeau in the LAFC net. Bouanga had a few bright moments in the final half an hour for Los Angeles FC, going close on two occasions from just outside the box before finally latching onto a through pass by substitute Gareth Bale and failing to capitalise on a one vs one situation.

The game finished 3-1 to the table-toppers LAFC against a stubborn Houston Dynamo team who made it a closer affair. Hollingshead was the WhoScored man of the match with a rating of 8.2 ratings, after his goal and stellar performance, narrowly beating his teammates Bouanga (7.7 ratings) and Vela (7.4 ratings). Steve Cherundolo’s men earned a vital win keeping LAFC in the hunt for the Supporter’s Shield, currently behind Philadelphia on goal difference by 18 goals. Anything less than silverware this year would be considered a failure for Cherundolo’s team after their recent transfer activity. With two games left to play, it is going to go right to the wire.