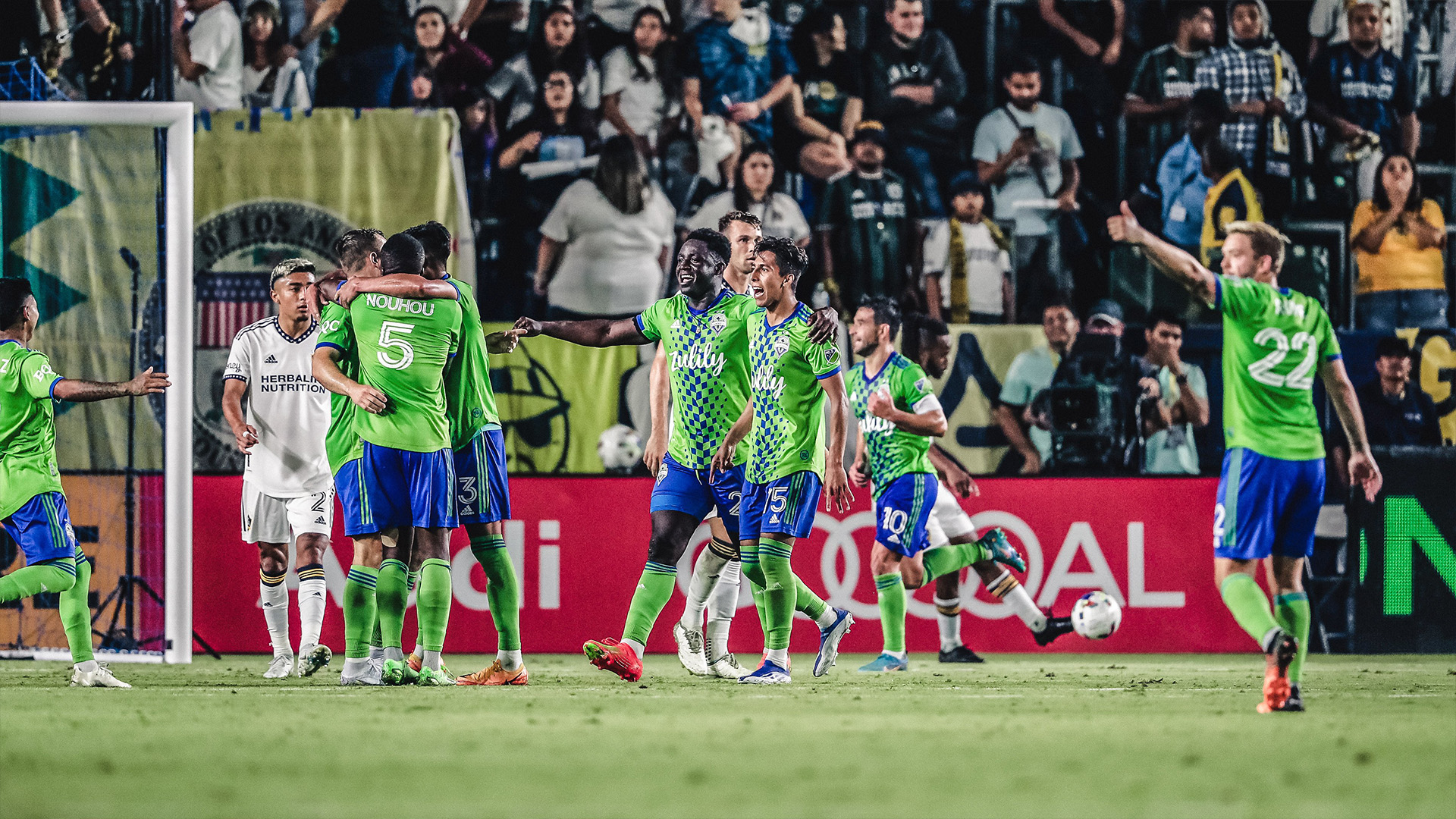 
LA Galaxy, in this match, must have been high on confidence with a 5-2 win over Vancouver Whitecaps in the last fixture & would have wanted to end their 9-game loss against Seattle Sounders. But they were again just able to avoid an injury-time penalty, as they last won against Sounders, Zlatan was still playing for them.

Everything was going well in the first half with a 2-0 lead. Javier “Chicharito” Hernandez opened the scoring with a tidy finish after controlling a low cross from Kevin Cabral from the right. Seattle had a big chance to equalise, but Jordan Morris couldn’t direct his header towards the goal as the goalkeeper was left stranded in no man’s land.

As the Seattle goalkeeper misunderstood the ball's path and flew into the far corner, LA Galaxy increased their lead before the half with a cross-turned shot from a corner routine. The Sounders began to display a little more quality in the second half, demonstrating why they dominated this match. With Kelyn Rowe scoring in the 53rd minute off a straightforward cutback by Raul Ruidiaz to the left of the goalkeeper, they began a 20-minute comeback.

In the 60th minute, Seattle came close to equalising after Albert Rusnak once hit the crossbar and then the post. Just a minute later, they found the equaliser they were looking for when Raul Ruidiaz directed a Nicolas Lodeiro cross into the back of the net. Lodeiro was again in the mix when they completed the comeback, one of his crosses found Yeimar Gomez at that far post, who then directed his header towards goals. But the keeper parried it away but not far from a Seattle player who just had a taping, and none of the Galaxy defenders was quick enough to clear the ball away.

But LA wasn’t going to give in until the end, and an 88th-minute corner resulted in a penalty when referee Victor Rivas pointed to the spot after a length VAR check. Dejan Joveliic took the spot kick and placed it in the centre after sending the keeper to his right. But again, LA Galaxy couldn’t find the win in this fixture. Both teams had equal possession, but the Sounders produced more chances throughout the game, as shown by the first goal and the penalty mentioned above. However, they were somewhat sluggish throughout the game.

Riqui Puig made his much-awaited debut after his transfer from Barcelona when he came in the 62nd minute for Victor Vazquez. Puig played in the no. 10 role and didn’t impose himself on the match after coming on, but his passing was crisp as he completed 25 out of 26 passes he attempted. Also, LA Galaxy Keeper Jonathan Bond stated during the post-match interview that he was impressed with Puig’s ability to be comfortable when dropping deep to receive the ball in tight spaces because of his nimble nature and ability to drive out of tight spaces.

Puig will be eying his first start in MLS when LA Galaxy takes on New England Revolution at Gillette park. He would be looking to form a good partnership with Galaxy captain and former Manchester United striker Javier “Chicharito” Hernandez while playing the no. 10 role.