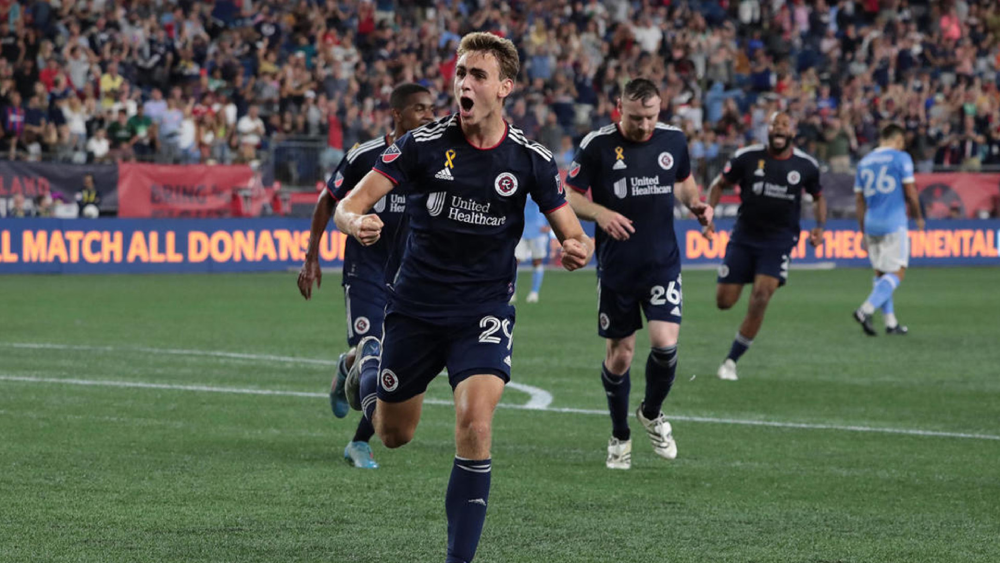 Sunday evening saw New England Revolution move back into the MLS Cup Play-off spots with a 3-0 win over New York City at the Gillette Stadium. NYCFC was looking to put some breathing space between them and fifth-placed Orlando City. The reverse fixture saw The Pigeons run out 4-2 winners, a match in which New England manager Bruce Arena was unhappy with officials after his side conceded three penalties. Revolution came into the game without a win in four games whilst NYCFC had registered only one win in their previous seven games. As both sides are looking to secure their MLS Cup Play-off status, it was a massive game for the two teams to get back on track.

The first half took off electrically with both teams having chances in the opening ten minutes, the best of which came after a bursting run from Revolution midfielder Polster who forced a save from Sean Johnson in the NYCFC goal.

In the end, New England Revolution drew first blood after left-back John Bell reacted first to a Tommy McNamara cross, beating three NYCFC defenders to the ball and hooking the ball into the bottom left corner past Johnson.

The Blues tried to hit back quickly. Jasson played a ball across the box to find Maxi Moralez, who was brilliantly denied by NE goalkeeper Dorde Petrovic. A fantastic reaction save from the Serbian to protect his team’s 1-0 lead.

NYCFC continued to hustle and bustle without any particular threat and would rue their missed chances as Bruce Arena’s team doubled their lead ten minutes before halftime. After some good work from Maciel in midfield, 17-year-old Noel Buck struck from distance and found the bottom corner, his first professional goal and for his hometown club no less.

The final chance of the first half fell to New England, and it was that man again. Buck found himself on the end of a terrific ball into the box from Carles Gil but headed just wide. A great opportunity for the youngster to get his second and New England’s third.

New York City, once again, started the half well, just as they did in the first half, with a fantastic chance coming for right-back Jasson in the 53rd minute. The makeshift right-back ghosted into the New England box at the back post and forced another excellent save from the in-form Petrovic.

NYCFC manager Nick Cushing looked to the bench at the 63-minute mark as Matías Pellegrini, Gedion Zelalem and young Brazilian talent Talles Magno were all brought. Unfortunately for Cushing, just three minutes later, former NYCFC man Tommy McNamara nipped ahead of Jasson to place in a third for the home team and put the final nail in the coffin. Talles Magno had got on the end of a good cross from Tayvon Gray late on, but Petrovic was once again up to the task and tipped over the bar.

It was a tale of chances taken in Boston, as the Revolution were simply more clinical. Petrovic registered his seventh clean sheet in 16 games since signing for the club in July, rightfully winning man of the match (WhoScored 8.5 rating).

Next up, New England head to New York but this time to face the New York Red Bulls, whilst New York City host Cincinnati.