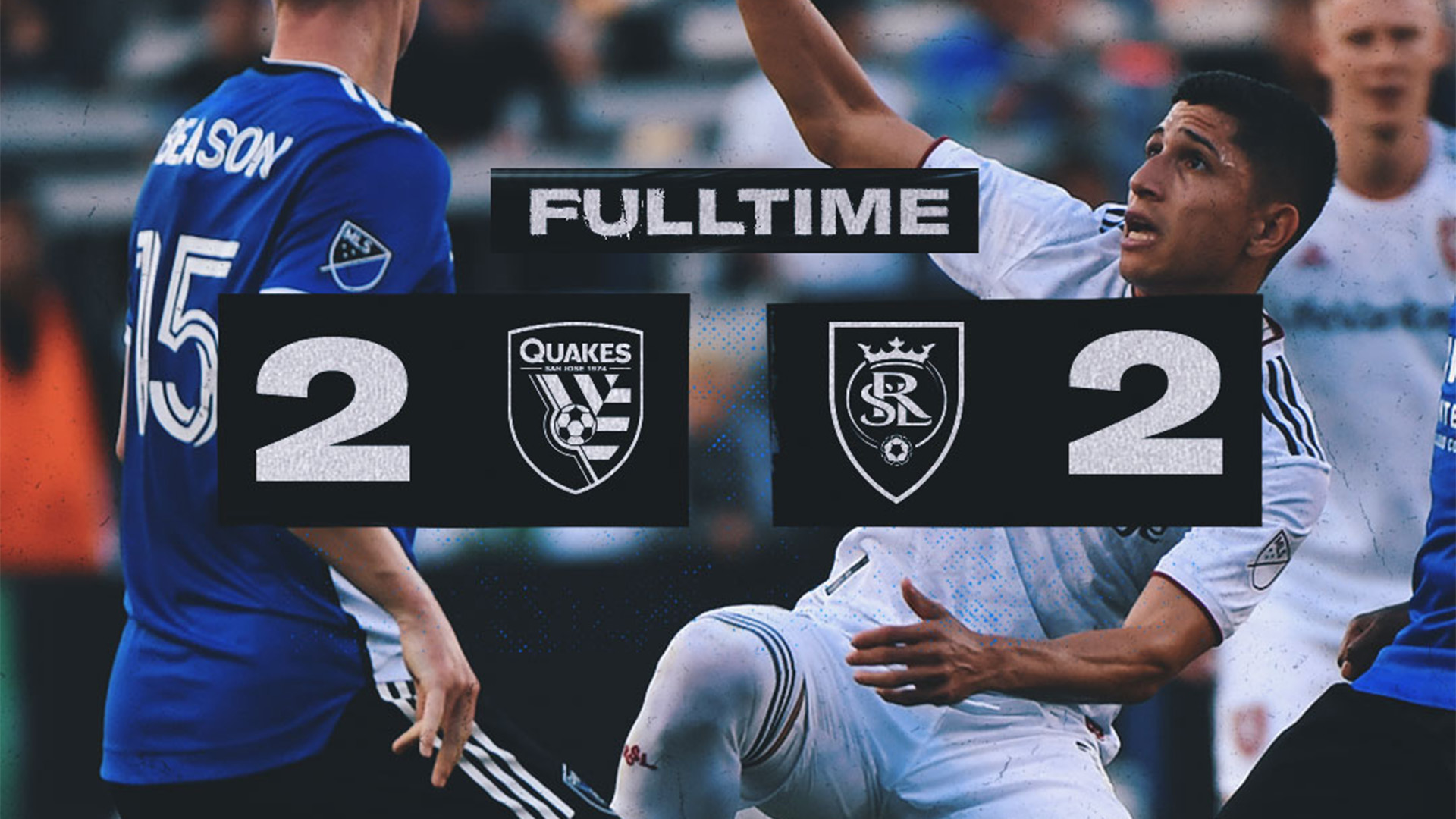 Real Salt Lake left it late to secure a point away from San Jose Earthquake, with Jefferson’s Savarino equaliser coming in the 95th minute to ensure a dramatic 2-2 draw at PayPal Park.

The home side had taken the lead through a Cristian Espinoza penalty in the 12th minute before Jasper Loffelsend capped off a flowing team move to equalise just nine minutes later.

Both sides had chances to go in front. But Zac MacMath's kick gifted the ball to Espinoza deep in the Real territory, which he controlled before sliding through Jeremy Ebobisse, who prodded beyond the 30-year-old shot-stopper.

His blushes spared, however, as Savarino half-volleyed a deep Justin Meram cross towards goal, James Marcinkowski found it too hot to handle to gift the away side a share of the spoils.

The game started quietly until Salt Lake failed to deal with a testing Espinoza cross which eventually landed at the feet of the tricky Ebobisse. He sold Marcelo Silva before unleashing a strike on goal, which VAR confirmed could only be blocked by the arm of Justen Glad.

Espinoza stepped up and sent MacMath the wrong way, firing into the bottom left corner to notch his sixth goal of the season and his first on home turf since a hat-trick against Seattle back in April.

The visitors wouldn’t be behind for long, though, as Andrew Brody went on a galavanting run which started well inside his half, chinking his way inside before slipping through Loffelsend, who finished expertly into the bottom right corner to level the scores from RSL’s first-real attack.

That goal seemed to spark Pablo Mastroeni’s men into life. Just ten minutes later, Savarino almost turned the game on its head, but his curling effort was well tipped aside by Marcinkowski.

It was soon MacMath’s turn to get down low as he had to tip a curling effort around the post, denying Eric Remedi from long range to keep the scores level heading into the break.

The second period began far more frantically than the first, as just a minute after the restart, Meram slid a defence-splitting pass through to Sergio Códova to leave him one-on-one with Marcinkowski.

With his first touch, the big Venezuelan knocked the ball beyond the ‘keeper to leave the goal at his mercy. But Nathan Cardoso got back to miraculously prevent the ball from crossing the line initially before volleying it to safety from the goalline as the backspin looked to be carrying it in.

The away side would soon rue that miss as just 15 minutes later MacMath played a slack ball straight to the dangerous Espinoza, who slid an inch-perfect pass through to Ebobisse to finish.

That wasn’t the end of the drama, though, with San Jose surviving a scare when Rubio Rubin took a snapshot from inside the area, which Marcinkowski did well to block just five minutes from time.

The home side could almost taste just a second home win since May, but Meram had other ideas and dinked an inviting ball to the back post to find Savarino in acres of space.

He did what his fellow Venezuelan Córdova failed to do earlier in the game, bringing the ball down and aiming a tame effort towards a goal which the seemingly undefeatable Marcinkowski could only help into the net to level the scores.

More dropped points for San Jose means they remain second bottom in the West and eight points off the play-off places, with Phil Neville’s Inter Miami next up at PayPal Park.

While in a weekend where some of the teams around them also dropped points, RSL will see this as a point earned to keep them in 5th ahead of the visit of league leaders LAFC on August 7th.

Players to watch: Top Three Eredivisie wingers in the 2022/2023 season