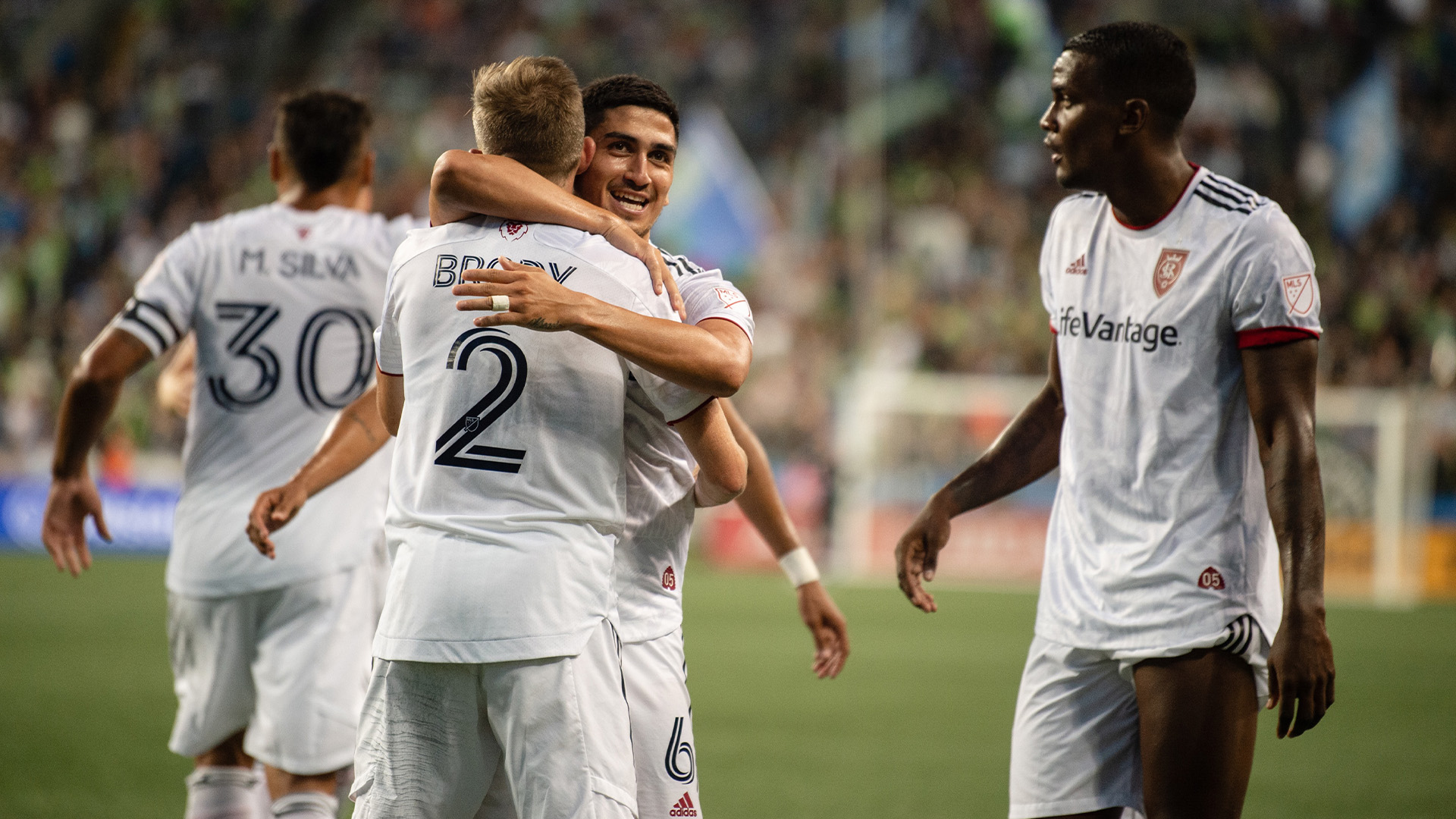 Real Salt Lake bounced back from a crushing 4-1 defeat against LAFC last week by winning 2-1 on the road against Seattle Sounders to secure the first-away victory since May 22nd.


Goals from Sergio Córdova and Andrew Brody, either side of an Albert Rusnàk strike, sealed the win for RSL in the Emerald City.


The game could have been very different, though, as just twelve minutes in, the Sounders had the ball in the net through Raúl Ruidíaz’s powerful strike, but Cristian Roldán was marginally offside in the build-up to see the goal ruled out.


Real Salt Lake then enjoyed their first foray forward just moments later when Jasper Loffelsend laid the ball into the path of Pablo Ruiz, but the Argentinian cut his effort wide of the target.


But soon after, they took the lead when Jefferson Savarino received the ball midway inside the Real half and picked out a delightful ball to Córdova, steaming through the middle. The massive striker charged towards the goal, and when Stefan Frei blocked his initial shot, he held his composure to score on the rebound to give RSL a lead at the break.


Their advantage should have been wiped out in the early minutes of the second half as Jordan Morris cut the ball back for Roldàn six yards, but he dragged his effort wide off the target.


A leveller would eventually come in the 62nd minute, as a build-up play from the hosts resulted in Nicolás Lodeiro laying Albert Rusnák up on the edge of the area with a smart back heel.


The 28-year-old took a couple of touches before firing into the bottom left corner, wrong-footing Zac MacMath in the Real goal to tie the match.


While that should have been the springboard for Seattle to go for the jugular, parity would last only two minutes before the away side retook the lead after an interplay.


Scott Caldwell and Córdova exchanged passes on the edge of the Sounders area before the Venezuelan played the ball into the feet of Savarino. He gained a yard and chipped a delightful ball towards the back post to an unmarked Andrew Brody, who made no mistake - volleying home on his right foot from six yards out to regain the lead.


Now that RSL was trying for the kill, they came dangerously close to succeeding when Savarino laid the advancing Aaron Herrera in down the right, but Frei brilliantly stopped the full-attempt back's to keep the score at one.


However, Seattle wasn’t giving up and nearly levelled affairs with four minutes to go when Lodeiro’s deep cross found the head of substitute Freddy Montero. But the Colombian’s header could only find the roof of MacMath’s goal.


A few minutes later, another Lodeiro delivery that MacMath mishandled into Jimmy Medranda's feet on a deep free-kick caused havoc. His left-footed effort beat the floundering stopper but was scrambled away from underneath the Real crossbar.


The pressure was mounting in the final moments, and the Sounders really should have found an equaliser when Kelyn Rowe’s searching cross found Medranda at the far post, who flashed the ball across the face of the goal. However, neither Montero nor Morris could grow enough to turn it home in the game’s final act.


The result means Seattle remains 9th and a point behind the play-offs with LA Galaxy next up, while Real Salt Lake maintain the 5th spot but is just two points behind 3rd placed Dallas, and host 11th placed Vancouver next.