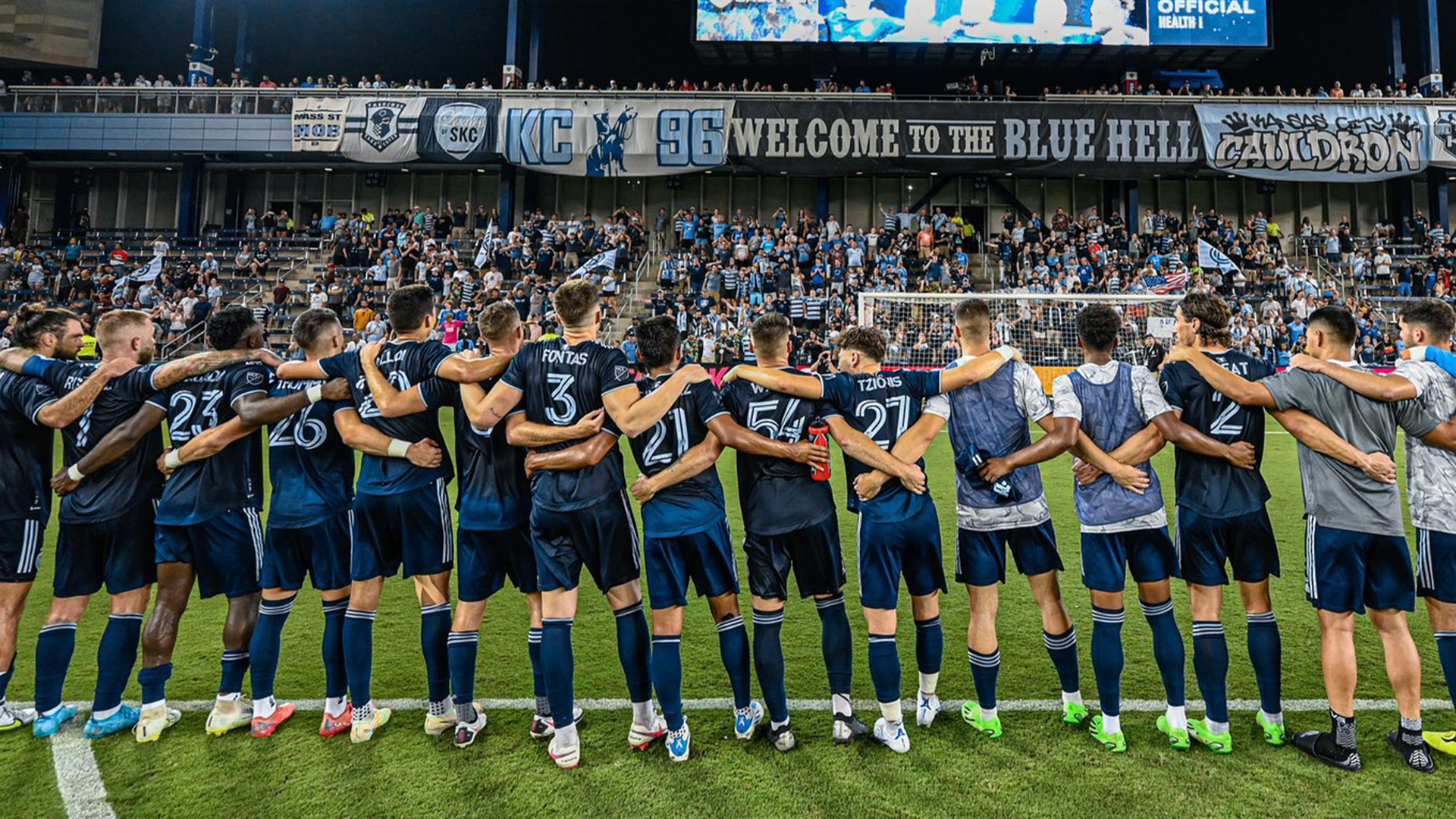 Sporting Kansas City hosted LA Galaxy on Saturday at Children’s Mercy Park. They came into this game in a horrid vein of form, losing their last five home games and 6 out of the previous seven league games, with only a draw at Minnesota United halting the slide of defeats.

Sporting hadn’t won a home league game since the 18th of May and sat rock bottom of the Western Conference. On the other hand, LA Galaxy sat in 9th place heading into this fixture with only 2 points off the playoffs with a game in hand. However, the Galaxy arrived into this game in mixed form, only winning two out of their last eight league games with a 2-0-win vs Atlanta Untied and a 4-0 win over Montreal.

Sporting Kansas lined up in a 4-3-3 formation, hoping to score a goal in more than 400 minutes of league football with new summer signings Erik Thommy and William Agada starting. LA Galaxy lined up in a 4-4-2 formation.

Sporting Kansas City stunned the Galaxy early on with a wonderfully worked goal. A left-footed pass over the top of the LA Galaxy defence by Espinoza was met by an excellent first touch on Thommy’s chest. Then his right foot volleyed the ball into the LA Galaxy net after only 9 minutes.

Despite dominating possession, LA Galaxy found themselves in even more trouble when Derrick Williams handled the ball in the box, and the referee awarded Kansas a penalty. Luckily for the Galaxy Goalkeeper, Jonathan Bond made a brilliant save to his left-hand side to keep out the penalty from Jonny Russell.

Sporting Kansas City was finding space behind the Galaxy’s back line at will in the first half. In the 40th minute, Sporting finally got their well-deserved second goal despite Bond’s heroics, making 3-point blank saves from Agada. The video technology ruled that William’s Agada 2nd effort had crossed the line.

Whilst it looked like LA Galaxy were heading into the break 2-0 down, they were lucky it wasn’t more. A mistake from Gaspar let Salloi through, and he crossed the ball from the right-hand side, which left William Agada to tap the ball in for his second goal of the game, leading to his acrobatic celebrations, which were just as impressive as his performance! The Galaxy was desperate for Half Time and found themselves 3-0 down at the interval, which could have been a lot more if it wasn’t for the excellent Bond in goal.

The second half took a while to get going, with Sporting Kansas City lowering the tempo and leaving the attacking intent to the Galaxy, who struggled to break Kansas down. Sporting Kansas was looking for the counterattacks, and the pace of William Agada was still causing the LA defence problems. In the 67th minute, a wonderful through ball found William Agada in plenty of space. He found himself one-on-one with the Goalkeeper, as he rounded Jonathan Bond and looked to score only for an excellent goal-line clearance from Central Defender Coulibaly.

Javier Hernandez did what he does best in the 83rd minute, making an excellent run behind the Sporting defence and with a neat right-footed finish into the bottom corner, which initially was flagged offside but was eventually overturned by VAR, showing Hernandez was onside. This was despite Sporting's excellent counterattacking play and their pace forcing mistakes from the LA defence.

With the game looking like it was going to end 3-1 to Sporting Kansas, the Galaxy again showed fighting spirit, winning a penalty in the 89th minute, which Javier Hernandez superbly converted to the goalkeeper's left-hand side, leaving a nervy ending for Sporting Kansas City.

The LA Galaxy's right-back Araujo was forced to throw the ball back to the goalkeeper in the 95th minute. But he played it too short, which Daniel Salloi perfectly predicted and tapped home to give Sporting Kansas City the three points and make things worse for the LA Galaxy.

The Galaxy must swiftly regain their confidence if they are to keep the play-off spots. The Wizards have a lot to be happy about after this performance, and with their new attacking flair in Agada and Thommy, they will undoubtedly be looking for a pleasant and entertaining season finale, despite Sporting's win not taking them off the bottom of the Western Conference.