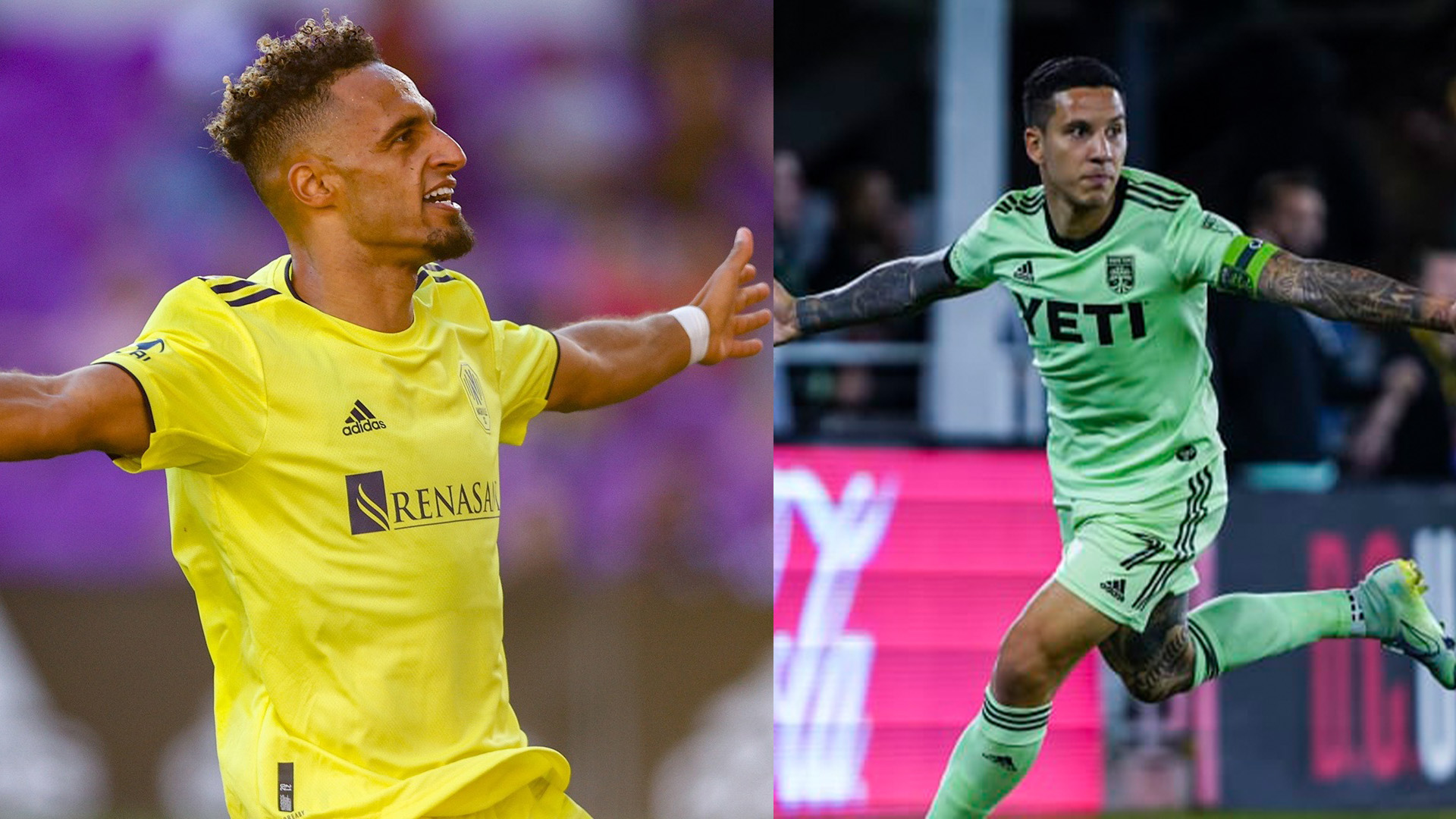 
When it comes to players who have performed exceptionally well in the MLS this season, it’s hard to look past Hany Mukhtar and Sebastian Driussi.


Both teams are now atop the MLS goal-scoring lists, and their goals have propelled Nashville and Austin into the top half of the league and made them some of the title favourites.


These two have dragged their teams kicking and screaming to this position and have a valid argument for being the best players in the league, even when you consider Gareth Bale, Jesus Ferreira, and Lorenzo Insigne.


But who can claim that crown?


The German signed from Brondby in Sweden in 2020 and became Nashville’s first-ever designated player in the franchise history. It took some time for him to embed himself in the team. But the patience has been rewarded with 41 goals in 75 MLS appearances.


This season, he has 21 goals in 29 along with seven assists - he has been deployed as a second striker or as a classic ‘number ten’ for the Tennessee side and has been a tactically critical asset.


His tactical and positional intelligence see him get into positions to create and score chances. His predator instincts have made him clinical, evident from his xG of 17 and xA of 7.6, being outperformed and matched, respectively.


His position allows him to show more to his game. His passing, dribbling, pressures, and possession stats are incredible, with 2.63 key passes, 1.50 passes into the penalty area, 1.57 players dribbled past, 2.52 fouls drawn, and 5.77 progressives per 90. These are just a handful of stats that show how important he is to Gary Smith’s side.


It shows how technically gifted he is. He is ranked in the top 90 percentile for most stats according to FBRef when compared to other attackers in the MLS, which is impressive considering he is not a conventional ‘attacker’.


He has a lot more in his locker. 4.89 shot-creating actions per 90, with being the best at creating shots from dead balls in the league, 1.49 per 90 just shows he is not only a goalscorer but a creative dynamo for Nashville, which is what has made him so special to watch, this season.


The Argentine has been stellar in front of the net for FC Austin this season.


With them lying in second place in the western conference, five points above rivals FC Dallas, the 26-year-old goals have been instrumental, and why they are in that position.


His 20 goals and five assists in 2509 minutes, with an xG of 13 and xA of 4.5, is impressive. Overperforming both stats significantly signals that the Argentine knows where the back of the net is.


He has often been deployed as an attacking midfielder under Josh Wolff this season, which makes his goal tally all the more astonishing, but where he differs against Mukhtar is his all-round ability.


He isn’t as inventive with his passing as the German and doesn’t make as many critical passes per 90 either. Only 0.97 per 90, signifying that his role isn’t to create but to be in the box to score - almost like a shadow striker.


The three-times Russian champion is still excellent technically; 1.79 dribbles completed, 1.9 players dribbled past, 40 carries, and 2.76 shot-creating actions per 90 do show that he is more than capable of beating a man and progressing the ball to create a chance or get in the box to score.


Druissi is also fouled often with 1.72 fouls per 90, with 0.32 shots created from him fouled, a very handy attribute.


One of his best attributes is his off-the-ball work. He works tirelessly to win the ball and isn’t afraid to challenge it. 1.33 tackles per game, 19.94 pressures, 1.08 clearances, 6.13 ball recoveries, and 0.9 aerials won per 90 show Argentine’s energetic and physical levels. He is willing to do anything to win the ball, even get involved in aerial battles and win them despite his five-foot-eight frame.


Another incredible feature of his game is his clinical news. As previously mentioned, he is massively outperforming his xG by seven goals meaning he is scoring difficult chances, seen from the average distance of his shots being 16.3 yards, and 0.55 goals per shot on target, which is an incredible rate.


Every two shots-on-target, he scores one. Compared to Mukhtar’s 0.31 goals per shot on target, this shows that the former Zenit man is more efficient than his German competitor.


With these two battling for MLS MVP, it is vital to remember that both players play different roles and styles despite their similar positions.


Mukhtar is very creative and dynamic in his style. He creates, he scores and keeps his team’s attacks ticking. Driussi is more about efficiency and is more of a striker with his clinical news and fondness for finding himself in scoring positions.


The German has more in his locker. He is a well-balanced package and is a joy to watch - his technical ability shows better in his stats than the Argentine.