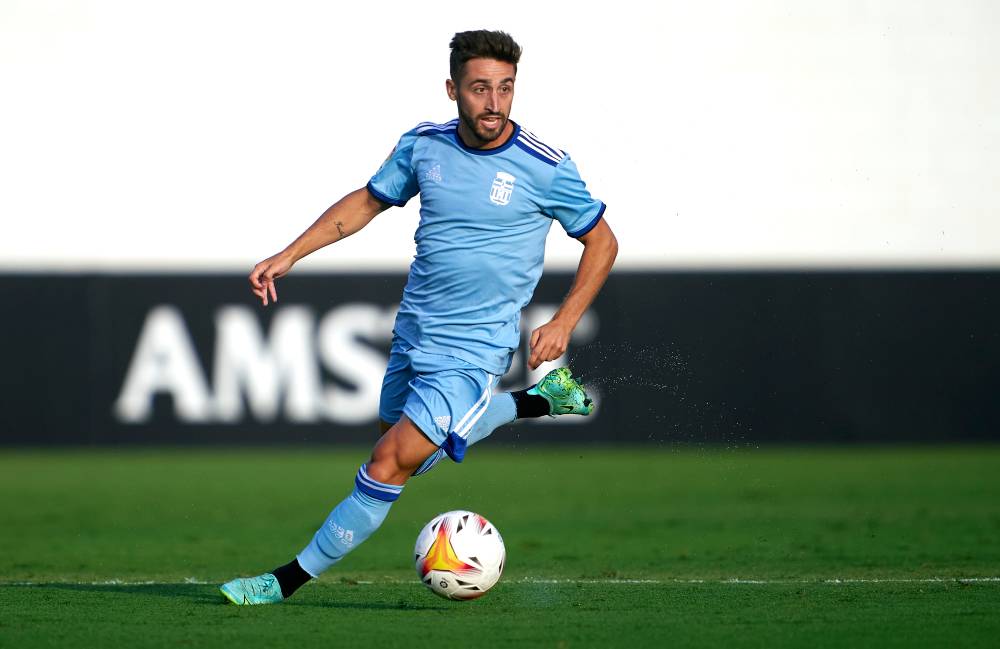 
Following the footsteps of his brother, Carles Gil, Nacho Gil has now signed for New England Revolution on a free transfer.


Born in 1995, Nacho Gil made his debut for Valencia Mestalla, the reserves team of Valencia CF, in a 1-0 away defeat to CE L’Hospitalet. It was his only start of the season. This debut came in the 2013-2014 season, and his first senior goal came in the following season with the only goal in a victory over CF Reus Deportiu, a club that has now dissolved.


On February 25, 2017, Gil was brought on in a cameo debut for Valencia CF against Alaves and another cameo appearance against CD Leganes in the next fixture. Gil submitted a transfer request earlier that year to get more professional playing time, but Valencia ultimately turned it down. Then, the prospect went on loans with UD Las Palmas and Elche CF before moving to SD Ponferradina in La Liga 2 in 2019. Lasting just one year at Ponferradina, Gil then moved to FC Cartagena, a side that has recently been promoted to the same division, in 2020.


After a couple of years with Cartagena, Gil ran down his contract and is now brought in by New England Revolution, a Major League Soccer side where his brother, Carles Gil, has established himself.


Gil adopts a technical style of play to compliment his moderate height. Possessing a powerful right foot, Gil can comfortably pass, cross or shoot and operate on either side of the pitch. As a winger, the Spaniard can control the ball well with his neat first touch and execute dribbles with flair.


Looking at the scouting report on Gil from the 2017-2018 La Liga season by Fbref (compared to other attacking midfielders and wingers in the league in that season), Gil assisted 0.19 xG per 19 (74th percentile). This is a description of his playing style. Gil is more of a technical player who seeks to be a more direct offensive threat by drifting inside and wreaking havoc or spotting a through-pass rather than being a pure orthodox winger (not that he can't play as one, though). He is also proficient in set-piece situations, having taken 2.72 corner kicks per 90 (89th percentile), leading to 0.66 shot-creating actions from dead ball situations (85th percentile).


How does he fit in with New England Revolution


So far this season, Bruce Arena has rotated a few formations but has generally stuck to a back four and a central attacking midfielder in the form of Carles Gil. Other than the five, there have been a 4-3-1-2, 4-2-3-1, and 4-2-2 diamond, among others.


It is worth noting that having finished top of the Eastern Conference and reaching the MLS Playoff quarterfinal, New England Revolution has been battling for a playoff spot this year. Tajon Buchanan, a talented young winger who contributed nine goals and six assists to their 2021 MLS run, may have been a contributing factor in this. Despite earning $7 million, the departure of the Canada international to Club Brugge at the start of the year left a void in their roster.


Carles Gil can find himself alone in the centre of the field if his support system is weak. Therefore, having the right players to forge chemistry with Carles is crucial. And in a fluid and dynamic system favouring movement and rotation, Nacho Gil can be good support for his brother Carles. And while not an identical replacement for Buchanan, Nacho Gil can be a good patch in the squad of the New England Revolution, providing the team with the vision and flair needed to secure a playoff spot.


With a contract that only runs to the end of 2022, this deal is relatively risk-free for the MLS outfit. If Nacho can benefit from playing alongside Carles, who won the MLS Most Valuable Player honour in 2021, New England Revolution may have found the reinforcement needed to push forward in 2022.