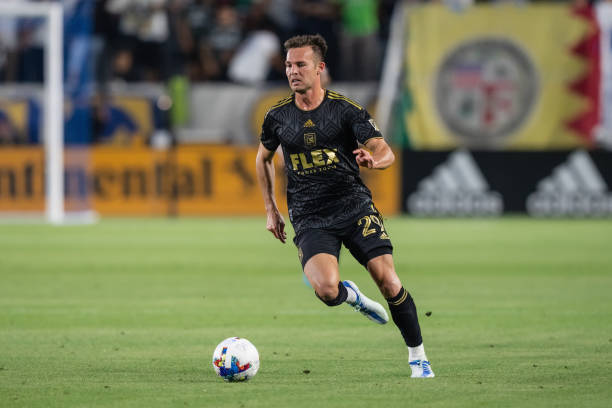 
Danny Musovski has joined Real Salt Lake from LAFC in a deal worth $250,000. The move comes after the striker was unhappy with the number of minutes he played at LAFC.

His former club top the Western Conference of the MLS, sitting nine points ahead of second-placed Austin. But, the majority of the club’s success this season came without Musovski, leading the forward to search for a new challenge. He was back-up to the fellow striker, Cristian Arango, at Los Angeles, who became the first choice after impressive performances this campaign meant he scored 12 goals in 25 in the MLS so far. On the other hand, Musovski has only netted twice in the MLS this season, coming off the bench in the second half of the majority of his 16 appearances. The arrival of Gareth Bale, a Welshman, sealed Musovski's fate, and he transferred to Real Salt Lake.

His new side finds itself fifth in the Western Conference and is a strong contender for the playoffs. In their most recent match, a 2-2 draw with Seattle Sounders, they utilised a 4-4-2 formation. Their new signing will be hopeful of playing in the pairing up-front for RSL, with him wanting to prove his price tag and place in a top team in the Western Conference.

He joins the club at a good time, as forwards Bobby Wood and Damir Kreilach are both out injured for RSL, clearing the pathway to minutes for Musovski significantly.

It marks another move for the American, who has played for eight clubs in as many years. But he will be hopeful of settling at RSL and gaining minutes under his belt to push for the Supporter’s Shield come to the end of the season. Musovski started his career in high school and became a sensation after smashing records at the youth level. He was named the Nevada Gatorade Player of the Year and set a new record in the state as he notched 58 goals in a single season.

Musovski's great play continued in college when he earned WAC Player of the Year honours and was chosen twice for the All-America team of "exceptional performers." Due to his goalscoring ability, he was drafted into the San Jose Earthquakes side in the 2018 MLS SuperDraft and instantly became one to watch. The Earthquakes sent him out on loan to partner club Reno 1868 in the USL for Musovski to get a taste of senior football. Whilst out on loan, the striker bagged seven goals in 19 appearances and was impressed with his eye for goal.

When his loan period ended, he would continue to play for Reno for another season because the USL team signed Musovski after the San Jose Earthquakes dismissed him. After starring in a role where he led the Reno line, Musovski became a target for MLS clubs. He continued his goalscoring habits in the USL and scored 11 goals in 25 appearances for Reno, earning him  a move to MLS side Los Angeles FC.

He signed for LA on 10th December 2019 and made an impact. He gained revenge over his former club, San Jose Earthquakes, as he netted his first goal for LAFC against them in a 5-1 rout. A month later, Musovski completed his first brace for the gold and black as he got on the scoresheet twice in a 3-1 win over the Seattle Sounders.

Despite a promising start to his LAFC tenure, Musovski was once again loaned away. This time it was back to Nevada, where he would represent Las Vegas Lights in the USL in a bid to pick up where he left off in the league. This was not the case as Musovski briefly featured for the Lights, with him making 15 appearances over two seasons.

Next up for Real Salt, Lake is a tough test against seventh-placed Vancouver, who only have four points less than RSL. In early September, RSL travels to LAFC to face Musovski’s former club, where the striker will be aiming to haunt his old club just like he did against the San Jose Earthquakes.