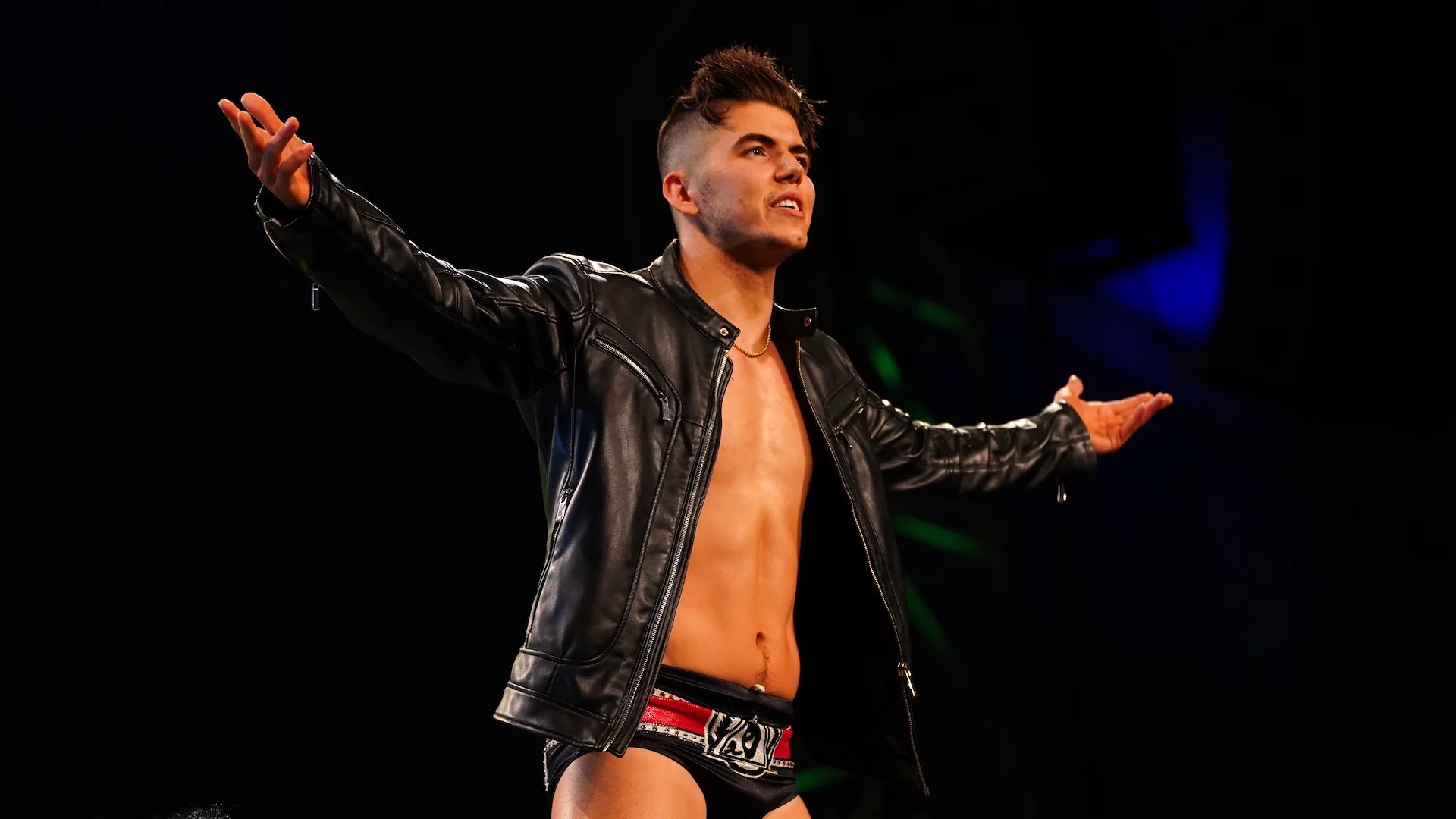 Anyone who watches AEW will be familiar with the name Sammy Guevara. He’s one of the guys who have been there since the inception of All Elite Wrestling in 2019. Born in Houston, Texas, Sammy got into pro wrestling by watching a WWE event in Houston where he saw his idol Booker T wrestle. Later, he joined Booker T’s wrestling school ‘Reality of Wrestling’.

Learning the trade there, Sammy joined various indie wrestling promotions like National Wrestling Alliance (NWA), where he had the opportunity to hone his craft. He also worked at Impact Wrestling in tag team matches with Davey Richards. In 2017, he debuted for Pro Wrestling Guerrilla (PWG) in a tournament-style match and advanced to the quarterfinals. In 2018, he starred in the main event for the PWG show Bask in His Glory for the World Champion title. He also appeared in Major League Wrestling (MLW) in New York.

In 2018, he joined Lucha Libre AAA Worldwide in their show Lucha Underground. He made his debut in the event Verano de Escandalo.  He won the Cruiserweight Championship, beating Australian Suicide, A. C. H. and Shane Strickland in a fatal four-way match. He also partnered with Scarlett Bordeaux for the mixed tag team championship title. He has made sporadic appearances in Lucha Libre from time to time since then.

Sammy Guevara joined the AEW roster in 2019, and Cody Rhodes introduced him at the AEW Double or Nothing Ticket Announcement.  He came out with the AAA Cruiserweight title belt on his shoulders and called himself “the best” and “a true superstar ready to steal the show”. In the inaugural PPV event Double or Nothing, he fought with Kip Sabian but after a steady supply of moonsaults, shooting star presses and suplexes, he lost to a split-leg slam by Sabian.

At Fight of the Fallen, he teamed up with MJF and Shawn Spears in a six-man tag team to beat Darby Allin, Jimmy Havoc and Joey Janela. On the premiere episode of AEW Dynamite, he had a match with Cody Rhodes, which he lost. After the battle, Cody was attacked from behind by Chris Jericho, and Sammy joined Jericho to establish a heel group, “The Inner Circle”.

He participated in the inaugural AEW TNT Championship, where he lost to Darby Allin. In the next Double or Nothing event, he competed in a match between The Inner Circle and The Elite (Adam Page, Kenny Omega and The Young Bucks). Kenny Omega finished the fight with a power slam on Guevara.

In August 2020, he started to feud with Matt Hardy. He fought with Matt Hardy in a last-man-standing match at All Out Pay-Per-View in Jacksonville, Florida. There were multiple falls in the battle, one of which resulted in Matt Hardy losing consciousness. After regaining consciousness, Matt threw Sammy off scaffolding to win the match via a count-out. Sammy lost to Hardy again at Full Gear PPV, which marked an end to their feud.

In February 2021, he started a feud with MJF after having disagreements and left the Inner Circle. Sammy managed to convince Jericho to fire MJF from the Inner Circle. MJF and his group then attacked the Inner Circle to start a feud with them. At the Blood and Guts PPV in May, MJF’s group, now named the Pinnacle, would beat the Inner Circle in a violent and bloody match. After the month, they reconnected at AEW Double or Nothing with the caveat that Inner Circle would have to disband if they lost. Sammy Guevara hit the finishing move on Shawn Spears after a 30-minute brawl.

On 29th September, Sammy won the AEW TNT Championship by beating Miro in the main event of AEW Dynamite. He later defended the title against Bobby Fish. On Dec 25, he lost the title to Cody Rhodes at AEW Rampage. On January 26, at AEW Beach Break, he triumphed in the rematch in a ladder fight. Veteran pro-wrestling journalist Dave Meltzer gave the match five stars. On March 29, he lost the TNT title to Scorpio Sky. He continued feuding with Scorpio Sky until he won his belt back at Battle of Belts in April. Near the end of the month, he lost the belt to Scorpio in a ladder match while getting hurt after falling off a ladder.

He joined Jericho Appreciation Society in June 2022, impersonating Fuego Del Sol to assist Jericho in his match against Ortiz and turned heel. He competed in a mixed tag match with his real-life wife Tay Melo to win the AAA Mixed Tag Team Championship against Dante Martin and Skye Blue.