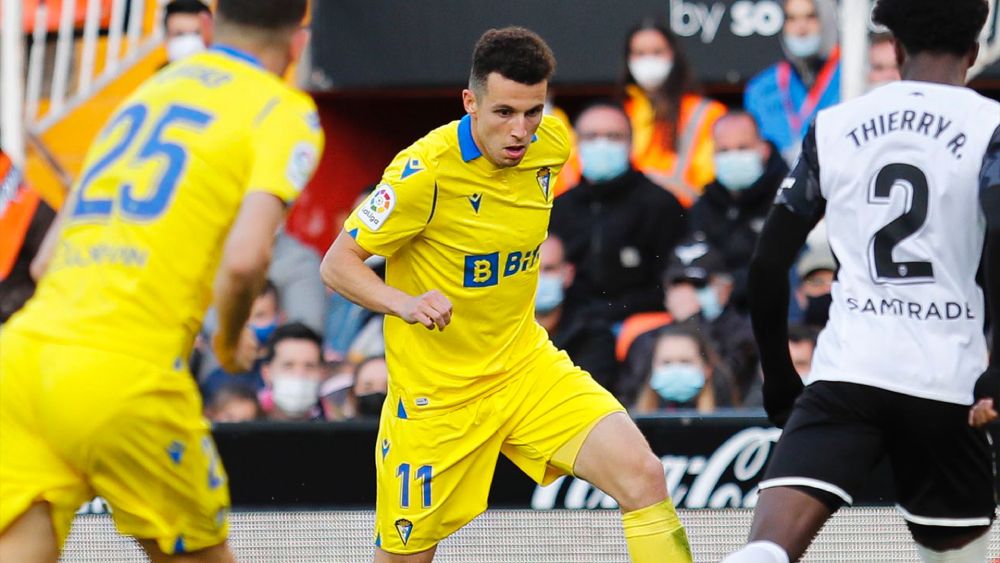 The season has started in the Eredivisie, and there have been many permutations within the traditional top three sides. One of them – Feyenoord- has acquired Oussama Idrissi on loan from the Spanish side Sevilla FC. The winger will be loaned to the Rotterdam club until the end of the 2022/2023 season.


The Eredivisie isn’t unfamiliar territory for Idrissi. Before joining AZ, he made his league debut with FC Groningen. With AZ, he performed exceptionally well on a domestic level and managed to bag himself a transfer to Spanish Sevilla FC for a reported 12 million euros. A great achievement for both player and club, what was meant to be a step up for the technically gifted winger. Things couldn’t be further from the truth.


After moving in the summer of 2020, Idrissi was loaned out in February 2021 to Ajax for half a season. There’s something about his qualities that Sevilla doesn’t fully trust with the first team squad, and the loan with Ajax didn’t pan out to be the success and revitalisation that we all hoped for in the Netherlands. He went to Sevilla with no assurance of actually making more minutes in South Spain.


Since Idrissi has a contract until mid-2025, it’s important to keep playing to get in contention for any spot within the first-team Sevilla squad. Those minutes are needed, and the best way to do so is to go out on loan. It wasn't a success with the loans to Ajax (14 games, 0 goals & 0 assists) and Cadiz (13 games, 1 goal & 1 assist), but this time, he's going to Feyenoord. And more importantly, he is reunited with the coach that made him flourish at AZ: Arne Slot.


He is a winger who can also play in attacking midfield, depending on the formation. In a 4-2-3-1 or 4-3-3 configuration, he will thrive as a winger, but he can also play as the wide midfielder in a 4-man midfield. He is good in the 1v1 duels, has good dribbling abilities and comes in the apt positions to shoot.


He generates a high xG in the Eredivisie and can be both the assist-giver and the finisher – although he needs to work on the latter, as his conversion rate is low for a player in his position. He poses a threat to defenders, and in doing so, he could be a vital asset to Feyenoord’s hunt for domestic success in the 2022/2023 season.


If he can find his pre-Sevilla era form, he could be a pivotal player for Feyenoord, which will benefit the player and club. Feyenoord will be able to combat opponents with his skills, but more importantly for Idrissi – he will be able to show his parent club Sevilla why they bought him in the first place.