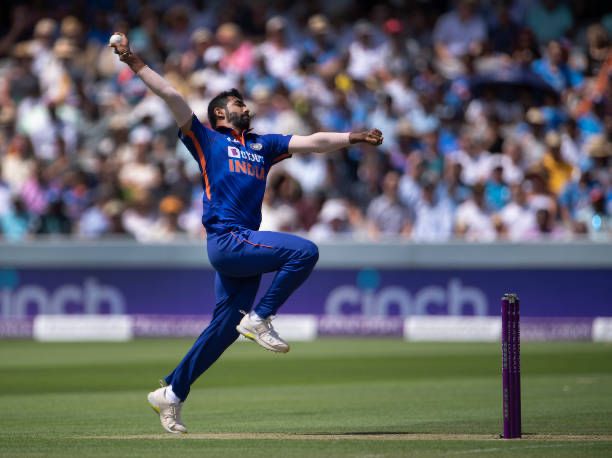 
Sikandar Raza’s outrageous innings in the final match almost put India in agony but the Men in Blue ended up securing another successful 3-0 whitewash in the 50-over format of the sport, this time at the expense of Zimbabwe.

Going into the ODI series in the African country, Team India had essentially announced a second-string side to be led by Shikhar Dhawan. KL Rahul, however, received medical clearance from the BCCI and was not only added to the team at the last minute but was also reinstated as the team's captain.

The BCCI also gave head coach Rahul Dravid a break even though he had been travelling with the team for a few months. VVS Laxman, the director of the National Cricket Academy and the team's coach during the series against Ireland, went to Zimbabwe in his place.

Shubman Gill looks at home in One Day cricket

It was surprising to see Shubman Gill being handed the start over Ishan Kishan during the first ODI match against West Indies. After all, Gill had played his last international matches in this format in 2020 and hadn’t made a mark.

That was about to change as the promising opener slammed 205 runs across three matches at a stunning average of 102.50 in the Caribbean. Due to the weather gods playing spoilsport, Gill was left stranded at 98* in the final encounter, extending the wait for his first international century.

He was a constant for Team India during the series against Zimbabwe because of his magnificent form. Gill continued to outperform himself, scoring 245 runs at an average of 122.50 throughout three matches.

Most importantly, however, his wait for a maiden international century finally ended in the third ODI, where he played another match-winning knock of 130 off 97 deliveries.

Player of the series over the last two ODI series and the catalyst of back-to-back whitewashes, Gill continues to reiterate that he’s not just the future but also the present of Indian cricket. With Shikhar Dhawan being past his prime and KL Rahul more suited to the middle order in the 50-over format, it will be up to the 22-year-old to cement his place as an opener heading into the ICC World Cup next year.

KL Rahul looked rusty on his return to international cricket

The last few months have been quite harsh for star Indian batter KL Rahul. Having undergone an operation for a sports hernia, he had been sidelined for several months and was supposed to be flying with the team to the Caribbean to make his comeback a month earlier. However, on the verge of the team’s scheduled trip, Rahul got infected with a bout of COVID-19, and until the series against Zimbabwe, he had hardly played any competitive cricket since IPL 2022.

As a result, Rahul looked unsurprisingly rusty and off-colour against Zimbabwe. While he didn’t need to bat in the first match after openers Shikhar Dhawan and Shubman Gill completed the run-chase by themselves, Rahul was dismissed after scoring just one run in five deliveries in the second ODI.

He struggled to appear at ease on the field during the championship game, managing just 30 runs off 46 deliveries before being bowled by Brad Evans. The 30-year-old’s form with the bat will be under scrutiny, especially because India takes on Pakistan in their Asia Cup opener in nearly a week.

Axar Patel had a stunning debut in international cricket for Team India, putting up outrageous performances with the red ball, and has since been steadily securing his spot in the white-ball teams as well. On the tour of West Indies, he shone with his batting and scored a vital match-winning knock of 64 off 35 deliveries displaying his growth as an all-rounder.

Axar has shown that he’s more than ready to compete with Ravindra Jadeja for the left-arm spin-bowling all-rounder slot in the Indian team in the 50-over format.