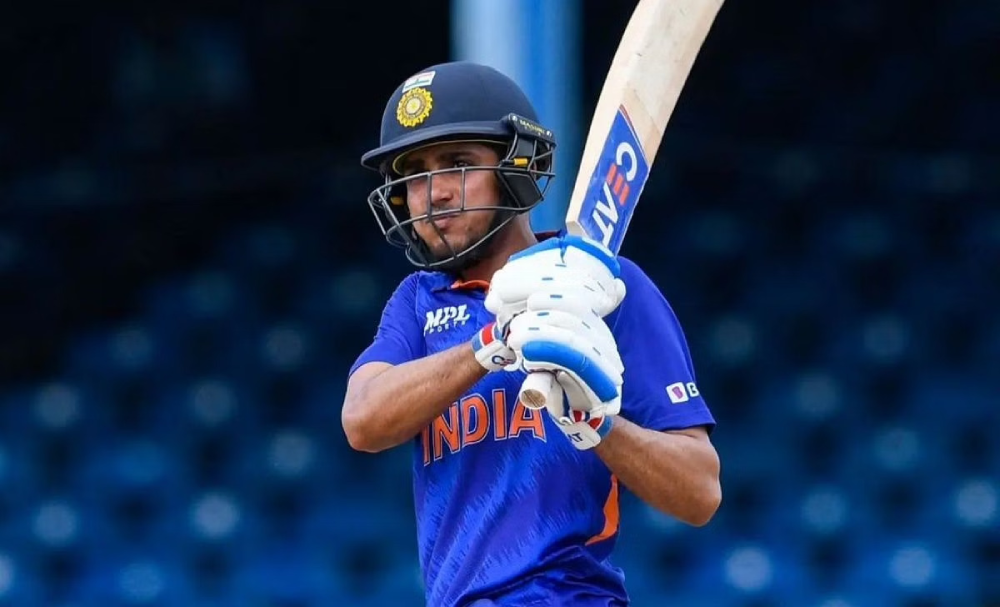 
Shubman Gill came into public reckoning with a superb 100 vs arch-rivals Pakistan in the 2018 U-19 World Cup. That knock earned him praises from batting greats such as Rahul Dravid, Sachin Tendulkar, VVS Laxman, and Sourav Ganguly. He scored 372 runs at an average of 124.00 at the tournament, which saw him win the player of the tournament award.

He made his List A and Ranji Trophy debut for Punjab in 2017, even before his U19 success. After his successful debut domestic season, he was snapped up by the IPL side Kolkata Knight Riders for 1.8 crores for the 2018 IPL season.  In the following Ranji season, he scored 728 runs in 5 matches with a double century against Tamil Nadu. He took only 15 innings to score his 1000th run in Ranji Trophy. In the 2019 season of IPL, he won the emerging player of the tournament award, scoring 296 runs at an average of 32.88 and three 50s.

He was selected for the Indian National Team for the away series in New Zealand in January 2019. In the 4th ODI, he was given the India cap for his debut. He struggled with the bat scoring 9 and 7 runs in the two One Day Internationals. Meanwhile, he was also selected for India A side tours regularly and was named captain for the Tour of New Zealand in February 2020. He became the youngest Indian to score a double century vs the West Indies A side at 19 years and 334days.

He made his test debut for India against Australia on 26th December 2020. He hit a smooth 45 in the first innings and a quickfire 35 in the second, guiding India to victory after a difficult first test in which India was outplayed by the Aussies. In the fourth Test of the series at the Gabba, a place which Australia considers their fortress and was undefeated in 32 years, he scored 91 runs to send India on their merry way to seal a historic series win in Australia.  He finished the series with an impressive average of 51.80.

In January 2021, he played four tests vs England as an opener with Rohit Sharma. He started the series well with a score of 29 & 50 in a losing cause in Chennai. But it tailed off quickly after that. He got out on 0 in the 1st innings of the 2nd test and scored 14 in the 2nd innings. While fielding at forwarding short-leg on the third day, he suffered a blow in his left forearm and was taken for a precautionary scan, but that didn’t stop him from appearing in the 3rd test at Ahmedabad. He only scored 11 and 15* in the low-scoring test, which India won by ten wickets. In the following test, he got out for duck again. He ended the series scoring 119 runs at an avg of 19.83 with the highest score of 50.

He had a torrid time in IPL 2021, crossing 25 only twice before the tournament was postponed because of Covid-19. Gill's average (18.85) was the lowest among openers, and his SR 117.85 was the third worst SR after David Warner and Quinton de Kock. After the resumption in September, he had a somewhat better time with the bat, scoring three fifties and a couple of 40s. However, it was still an underwhelming season for Gill, with an average of 28.11 and an SR of 118.90.

Gill was selected for the World Test Championship vs New Zealand in June and opened the innings with Rohit Sharma. They put on a 62-run stand in the 1st innings and 24 in the 2nd. He was selected for the August England tour but was unable to go because of a stress-related injury. He was out for eight weeks before getting back to fitness for the remaining matches of IPL 2021.

He played the 2 match test series vs New Zealand at home in November. Opening the batting with Mayank Agarwal, he scored a 50 in the first drawn match. In the 2nd match, he scored 44 and 47, batting at no. 3 in the second innings because of an injury. He was the third highest run-getter after Mayank Agarwal and Shreyas Iyer, with 144 runs at an avg of 36.

He missed the South Africa series because of an injury incurred during the New Zealand series, getting hit in the arm and then the finger while fielding in close positions. He was part of the squad for the Sri Lanka test series in March but didn’t get any game time owing to the opening slots taken up by Rohit Sharma and Mayank Agarwal and no room in the packed middle order.

He made his comeback in the 2022 edition of the IPL. He was selected as part of a trio for the new IPL franchise Gujarat Titans for a reported sum of 7 crores, along with Hardik Pandya and Rashid Khan. He enjoyed a superb IPL, scoring 483 runs at an avg of 36.25 and SR of 132.32, only four runs behind his skipper Hardik Pandya and 5th highest in the tournament. His highest score of 96 came in a close run-chase against the Punjab Kings. His innings of 84 of 46 deliveries against the Delhi Capitals on a testing pitch earned him high praise. He scored another fifty in a successful run chase against Mumbai Indians and then backed it up with another fifty vs Lucknow Super Giants. In the final, he saw his team through to win the first IPL title in their debut season.

He played in the remaining 5th match of the Eng-Ind series scoring just 17 and 4 with the bat, which India lost by seven wickets, and the series was drawn 2-2. He was selected for the West Indies series to open the innings with Shikhar Dhawan. He scored 64, 43 and 98 in the three matches to finish with an avg of 102.50 at an SR of over 100.

His career avg in dayers stands at 71.28 and a healthy Strike Rate of 105 to boot. In tests, he averages 30 in 11 matches. He’s a classical batsman who has all the shots and can adapt his game to all formats without changing his style of play. He has all the makings of a future pillar of India's batting, including good fundamentals like solid forward and backward defence.