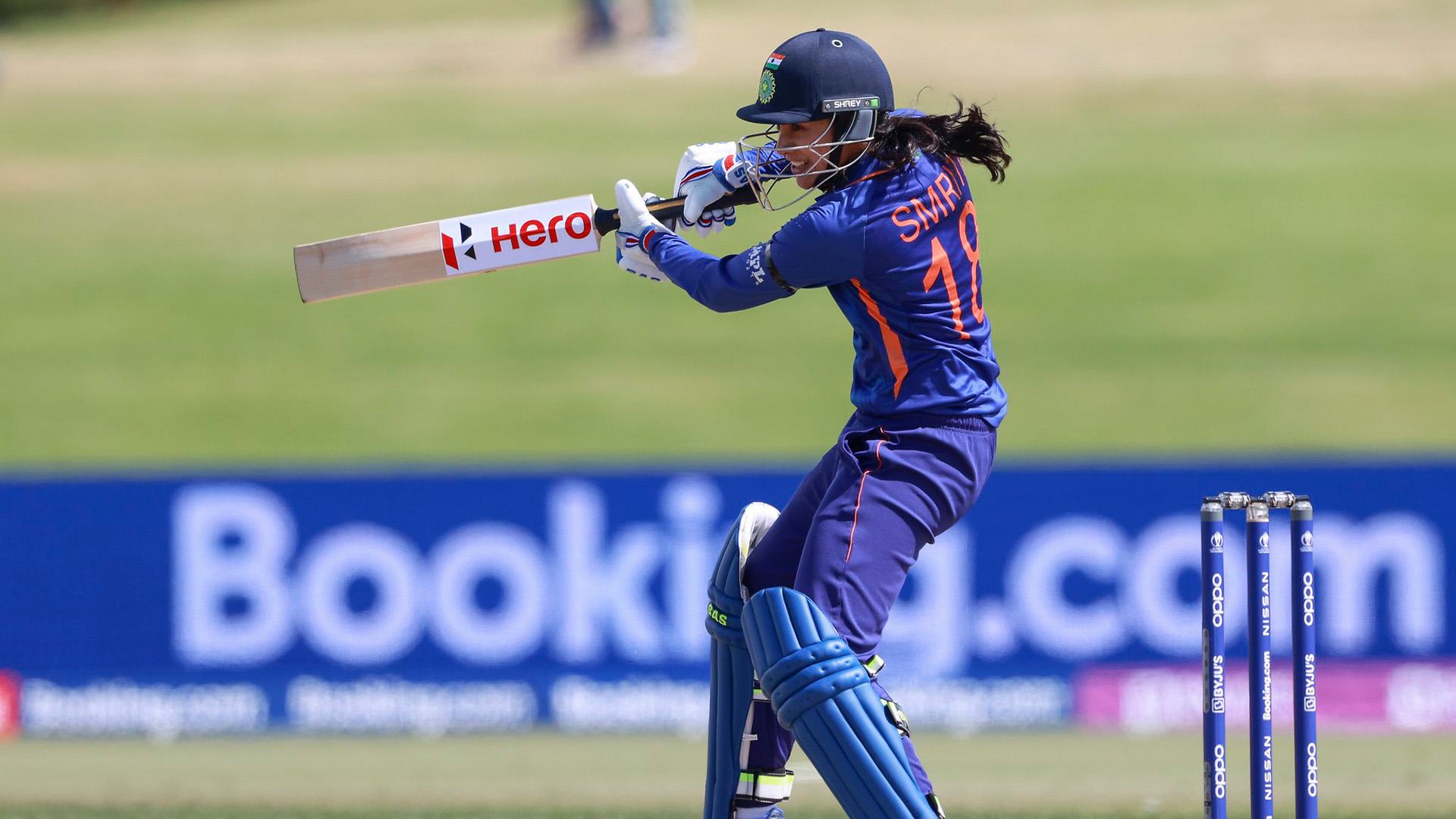 From a bespectacled teenager obsessed with science in school to following the sport that has always been a part of the household and subsequently becoming one of the best batters of her generation, Smriti Mandhana has had a long and fascinating journey to the top of cricket.

Hailed as the heir-apparent to the legendary Mithali Raj when she first burst onto the scene, Mandhana has been living up to the billing.

The former world no. 1 ODI batter, currently ranked number 3 in ICC’s T20I batting rankings, was inspired to pursue cricket as a career after her passion was sparked in her trips with her brother Shravan to the cricket grounds and practice nets. Cricket is a crucial part of the Mumbai-based Mandhana household. Her brother eventually went on to play district cricket before stepping away to pursue a career in banking.

Life had other plans for the younger Madhana sibling. She was also inspired to bat left-handed despite being a right-hander because of her father’s propensity for it. Juggling two different lives became an insurmountable challenge as it was difficult to balance sports and studies. At 15, after her mother’s advice, she left science and took up commerce to accommodate cricket into her life and give it as much time as possible.

The sacrifices and efforts paid off as she made her debut for Team India in April 2013 at 16 against Bangladesh. With a knock of 39 off 36, the bespectacled teenager from Mumbai was the highest scorer for India on her T20I debut and made another 25 off 35 deliveries on her ODI debut five days later.

Mandhana garnered the attention of the entire nation in October of that year, when she became the first Indian woman to score a double century in a Day match, setting the record while playing for Maharashtra against Gujarat.

Curiously enough, the bat she had used for all three knocks was a unique one gifted to her brother by Rahul Dravid. It’s not in the least bit surprising then that Mandhana shares the same elegant sense of timing with the willow as the Wall of Indian cricket.

The notion of left-handed batters being more aesthetically pleasing has always been prevalent in the sport of cricket. The backfoot ballerina of Indian cricket embodies those ideals to the core. She can read the bowler’s plans beforehand, sing a little jingle in her mind, observe the field positions, and yet have more than enough milliseconds to get ready for the next delivery with the cleanest stroke.

In the purest format of the sport, Mandhana’s immaculate technique stands out even more. Having played four Test matches, she averages 46.42 and has a century and two fifties. Mandhana also shared a match-winning partnership with Thirush Kamini on her Test debut against England in 2014.

Ever since she made her first appearance in the international arena, Smriti Mandhana established herself as the pillar of the batting unit alongside Harmanpreet Kaur and the now-retired Mithali Raj. Her first century in international cricket arrived against a formidable Australian side in an ODI match in 2016. While her 2016 was incredible, the following year had more in store for the opening batter.

In 2017, she raced against time to recover from an ACL rupture to make it to the Indian squad for the 2017 ICC World Cup. In the end, she succeeded. And so did the team as she finished the third highest scorer for India in the competition behind Mithali and Harmanpreet. The Women in Blue were unfortunate to finish runners-up to England in the final on English soil.

Disappointment continued as India got knocked out of the semi-final of the 2018 ICC Women’s T20 World Cup against England. Despite Harmanpreet and Mandhana finishing as the second and third-highest scorers respectively India couldn’t find an extra gear to switch to during the knockout match.

India continued to rack up wins in limited overs cricket over the next few years. Having a left-handed opener at the helm of the batting order also allowed the side to introduce and nurture young talents like Shafali Verma, Jemimah Rodrigues, Richa Ghosh, and Yastika Bhatia among others.

The Women in Blue, once again, reached the final of the ICC Women’s World Cup in 2020, this time in the 20-over format. However, destiny wasn’t kind this time around either. The opening batter had a dismal tournament and managed just 49 runs at an average of 12.25. While India did well to get to the final, the agony and pain of falling one step short haunted the side once again as Australia won the trophy grandly on home soil and in front of a record audience.

As the world emerged out of the bubble of uncertainty posed by the pandemic and frequent lockdowns, cricket became a welcome distraction. Smriti was the star performer for the side in 2021 and was even felicitated with the ICC Women’s Cricketer of the Year, becoming only the second individual after Australia’s Ellyse Perry to win it twice.

The 26-year-old is part of an exclusive club in T20I cricket as only other two other Indian women - Mithali Raj and Harmanpreet Kaur - have collected more than 2000 runs in the shortest format of the sport. She is only the second Indian opener after Rohit Sharma hit 2000 runs.

Mandhana is also the fastest Indian woman and second fastest Indian to reach the landmark of 2000 runs in ODI cricket, accomplishing it in just 51 innings. Only Shikhar Dhawan got to the milestone faster than her in 48 innings.

She also is the youngest to captain an Indian T20I side, for both men and women, after she led in the absence of injured skipper Harmanpreet Kaur. At 22 years and 229 days, Smriti Mandhana led the Indian team for the first time against England in Guwahati.

The backfoot ballerina has been around the summit of Indian cricket for so long. Given how she bats with the poise of a veteran, it’s easy to forget she’s still in her mid-20s. It won’t be too wrong to suggest that by the time she retires, plenty of records will tumble at the swing of her willow.

The number 18 jersey has been kind to Indian cricket following the magnificent and rich legacy of the famous ‘10’. Smriti Mandhana is carrying the same candle, and with her around, girls all over the country have an idol to look up to, in the same way, Mithali Raj and Jhulan Goswami were to Smriti’s generation.