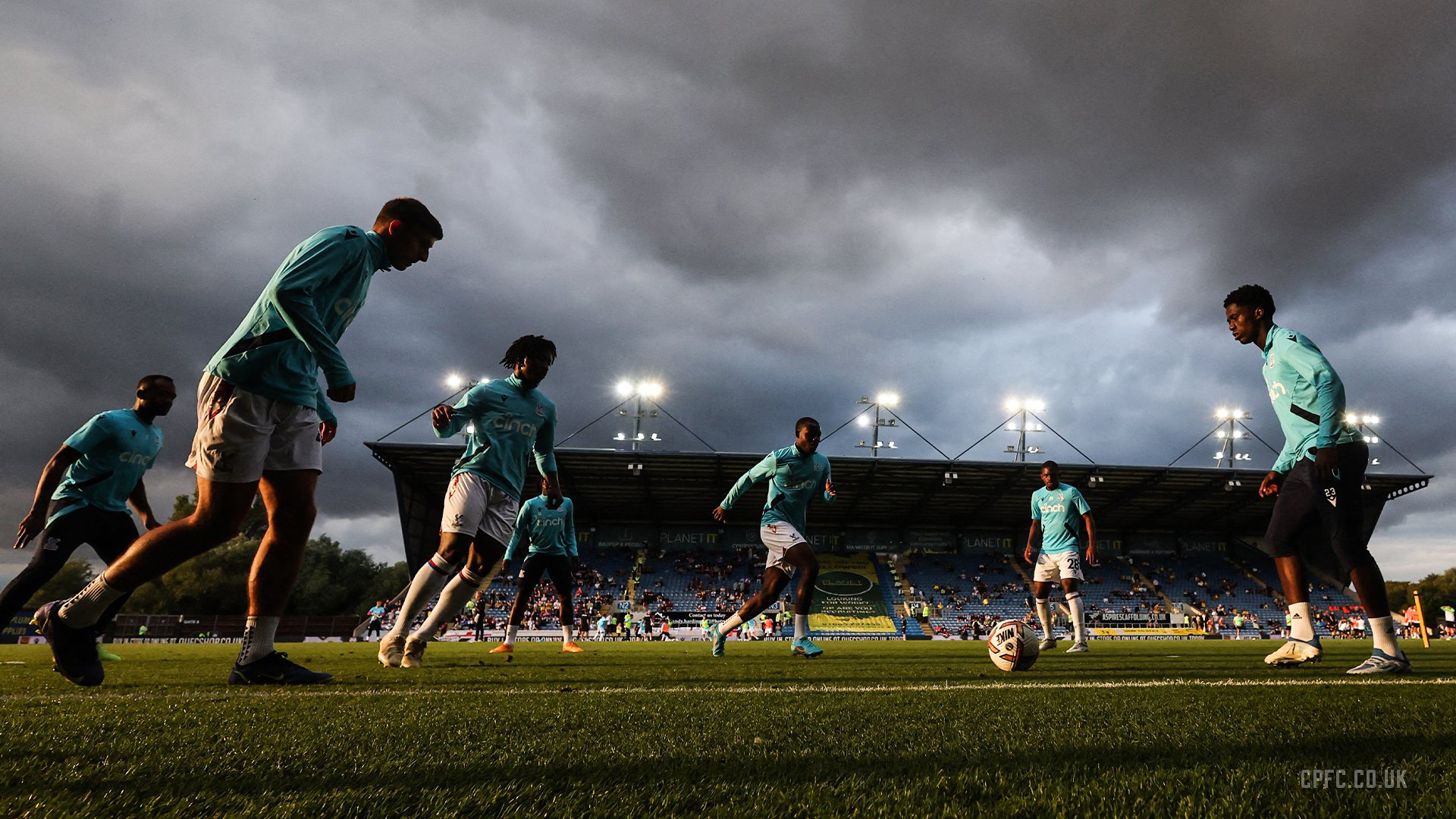 Conte returned to the touchline after a frantic finale at Stamford Bridge and his bust-up with Tuchel as Spurs looked to close the gap at the top. The Italian made two changes to his side from last weekend. Sanchez returned to the starting line-up for the injured Cristian Romero whilst there was a Premier League start for Croatian International and new signing Ivan Perisic who replaced Sessegnon. On the other hand, Lage named seven Portuguese players in his starting line-up in a 3-5-2 formation.

As we analyse the first half, it was the away side who started brightly with Neves, Moutinho and Neto rotating the ball effortlessly and looked to cause all sorts of problems when Podence shot just went marginally wide as the ball ricocheted off Royal. Wolves went close to scoring again when the Portuguese duo Neves floated in a brilliant ball as Podence’s header was inches away from the bottom left corner. Talisman Kane hit the crossbar when a header from a Perisic cross on the left wing was tipped away brilliantly by Jose Sa. With the first half ending at 0-0, a section of Spurs fans booed their team as Conte looked to rally his troops.

Spurs started the second half with intent and desire when Kulusevski played in a delightful ball from the right flank into Kane as the Englishman’s fantastic effort with his head struck the woodwork, and Son skewed it wide on the rebound. In the 64th minute, Spurs finally broke the deadlock when Son’s corner was flicked on perfectly by Perisic, which met the head of Harry Kane, who scored his 250th goal for Tottenham. Wolves searched for an equaliser when Neves’s 25 yards free kick was a yard wide from the post as Hugo Lloris looked in absolute relief. In the finishing stages of the game, Richarlison, who had his home debut as well, went close to scoring, and Spurs eventually held their nerve to win a 1-0 win.

Zaha continued his goal-scoring form as the Eagles bagged their first Premier League win of the season. The game was played with great intensity right from the first half, and the away side took the lead when Watkins, from a Bailey assist, had no qualms in firing the ball at the back of the net as the Palace goalkeeper Guaita had no chance whatsoever.

In the 7th minute, the Eagles fought when Zaha broke free from the halfway line, bolted his way by shrugging off Konsa, and beat Martinez with a fantastic finish off his left foot. The home side beaming in confidence, thought they had turned the game around when in the 26th minute, Schlupp scored from the penalty box for VAR to rule out the goal due to Edouard being strayed offside. Shortly before the halftime whistle, Ayew's effort was well saved by a diving Martinez, while Guita denied Buendia. Both sides huffed and puffed as the game ended 1-1 at halftime with a belief that either side could go on to win it if they be a lot more clinical.

The second half started brightly yet again for the away side. But it was unfortunate for Villa when Bailley attacked left-back Mitchell when the former cut inside the penalty box and curled in on what looked certain to go into the top corner as the ball struck the crossbar. After Martinez saved Guehi's header during a Crystal Palace set piece, Lucas Digne was called for a handball, and the referee pointed to the spot after consulting with VAR. Wilfred Zaha then took the field, and after Martinez successfully blocked his initial attempt, Zaha calmly sunk the rebound to extend the Eagles' lead.  The home side went from the strength and eventually sealed the game when Zaha played in an intelligent backheel to the overlapping Mitchell and drilled in a low cross for Mateta, who made it 3-1 in the 71st minute. Palace went on to hold their lead by keeping the ball, leaving Steven Gerrard and his side with further questions to answer.

Lampard’s side welcomed the new boys in the top flight Nottingham Forest who had recently splashed the cash on Morgan-Gibbs-White from Wolves for a club record fee as the home side were still searching for their first win.

In the first half, The Toffees started brightly as Tom Davies unleashed a low right-footed drive that skimmed past Henderson. The English goalkeeper on loan from Manchester United was thrown into a testing situation early as Gray’s free-kick was well saved. An exciting first half at Goodison Park ended with a score of 0-0 as Pickford made a play on the opposite end, pushing a Williams shot from the wing clear of the danger zone.

The second half was proof of not being clinical in goal as the nerves had begun to creep into both sides. More so for Lampard’s men, when Jesse Lingard found substitute Yates on the right channel whose thunderous drive was saved by Pickford only for Johnson to put a slot in from a tricky angle as the away side leads in the 81st minute. The twenty-one-year-old, a revelation in the Championship last year with 16 goals, showed no nerves in the top flight. Goodison Park roared and looked to encourage their players, and in the 88th minute, Pickford found Gray with a darting run with a ball as the latter latched on to his goalkeeper’s long ball and slotted it in past Henderson to level the score 1-1. Deep into extra time, Everton was on course for a winner when Gordon’s 1v1 audacious lob over Henderson was well saved by the latter as the game ended 1-1.

A pulsating West-London derby courtesy of an Aleksandar Mitrovic goal broke Brentford's hearts and sent Craven Cottage into euphoria. Both sides coming off from playing football lately, as the home lead with a scrappy goal when Stansfield's effort hit the crossbar as Decordiva-Reid latched onto Brentford’s poor concentration in the box as the home side took the lead in just 44 seconds.

Joao Palhinha doubled the lead with a powerful header from an Andreas Pereira cross to add more misery to Frank and his side. Frank, known to be proactive, chose to shove bodies upfront as Brentford’s courageous efforts resulted in a corner kick just before the break. Norgaard latched on to Jensen’s corner kick to stun the home fans as the first half ended 2-1.

Brentford started with intent in the second half by attacking the spaces behind the Fulham full-backs. Ivan Toney, one of Frank’s key men, levelled the score for the Bees in the 71st minute. The result of that goal was down to a powerful low cross by Wissa, and Toney arrived inside the box in a typical poacher’s fashion. Mitrovic, on the hand, should have wrapped things up when pounced on Norgaard’s mistake for Raya to produce a big save.

The Bees' philosophy is known to press high up, and Fulham had to weather the storm deep into extra time, luckily for the home fans. There was still time for a twist, and as is customary in a derby, Mitrovic, who scored 43 goals in the previous season's championship, split Mbeumo's defence to head in substitute Mbabu's cross past Raya in the 98th minute, sending Craven Cottage into jubilation. A spectacular game for the neutral spectator as Fulham won the derby 3-2.

Brendan Rodgers and his Leicester team are still looking for their first victory of the new season when Southampton twice came from behind to increase the pressure. Harvey Barnes made his comeback for the home team, and Perez also started. There was no sign of Fofana, who continues to be linked with Chelsea and Tielemans amongst the substitutes. Hasenhuttl fielded in a 4-2-3-1 formation, and in the first half, Mara thought he had given his side the lead, who beat Ward only to be judged offside. The foxes looked to retain possession and moved the ball quickly, but a lack of proactiveness in the box eluded them from taking the lead. In-form player Maddison had a free-kicked well saved by Bazunu, followed by Harvey Barnes, whose left-footed effort went just wide of the goalkeeper as both sides went into the first half on stale-mate.

The second half had begun with an impetus from the home side. It was that Maddison who provided the magic that the Foxes so dearly needed. Nine minutes into the second, the English international displayed an astonishing free kick from 25 yards as the Foxes took the lead. Hasenhuttl’s were rallied and searched for the equaliser when Bella-Kotchap’s header was saved off the line by Vardy. Eventually, the Saints levelled in the 68th minute when Bella-Kotchap had brilliantly cushioned it back to Adams in the box, who drilled the ball in the top right corner.

With the game edging to a thrilling finale and the Saints growing more confident, set-piece specialist Ward-Prowse this time produced a sublime from the right channel, and Adams acrobatically volleyed past Ward with 6 minutes to go. Adams made it 1-3 by hitting the post deep into extra-time as Southampton held on to their lead and would travel back home with three big points.