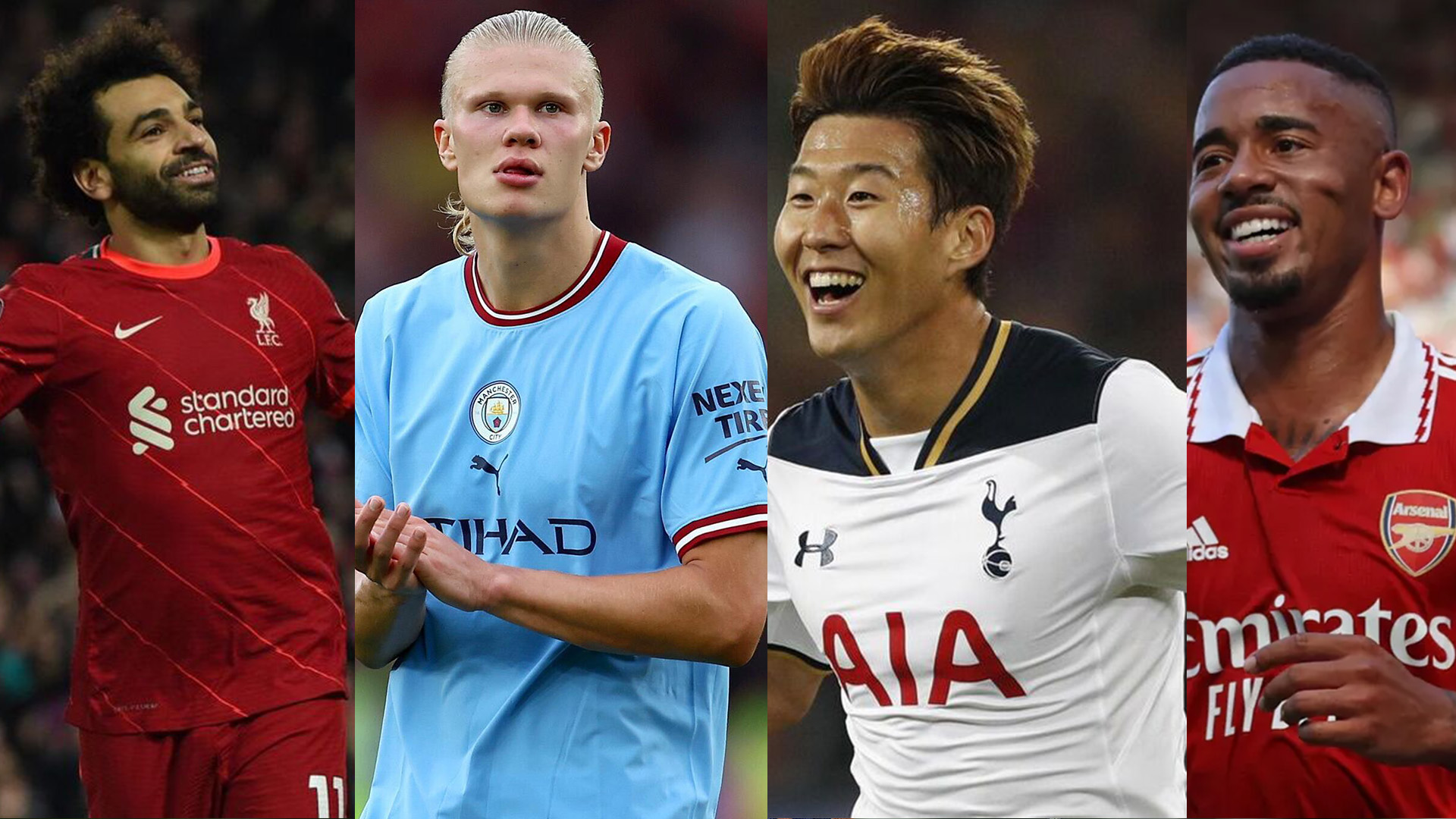 
This week, we decided to evaluate the top attackers in the Premier League based on their previous seasons' performances.


Jesus has gotten off to the best possible start in his new life at Arsenal. He hasn't been regarded as one of the best attackers in the league despite playing for six years, but things are changing now. In the previous six years, he never received the reputation of being the City's central man, but this time around, he will be leading Arsenal's attack, and he appears to be up to the challenge. He scored seven goals in five friendlies for Arsenal, including a hat-trick against Sevilla. The early indications are encouraging, and Arteta's youthful attacking team indicates that this could be the year the Premier League adds another outstanding striker to the list. Huge Season Ahead!


Despite not being a striker, he has improved and formed a fantastic connection with Harry Kane while playing for Spurs. Son has scored 40 goals and provided 17 assists during the past two seasons. A 57-goal involvement over the past two seasons truly highlights how far Son has progressed and how he has helped reduce some of the goal-scoring burdens on Harry Kane. In the 2021-22 season, Son won the PL Golden Boot award along with Mohamed Salah. He had 0.90 goals + assists per 90 minutes, a return which required effort to achieve. Son has also improved under Antonio Conte. At one point, Son was carrying Spurs as Harry Kane had trouble finding his scoring touch. With the acquisitions made by the Spurs, this season seems even more promising, and Son will undoubtedly try to score more goals and challenge Kane for the Golden Boot award. Son, son, son!


Erling Halaand’s stats in the Bundesliga are insane, and if he could match even half of them in the Premier League, he would quickly move up to the top of this list. He has scored 67 goals in the last two and a half Bundesliga seasons, averaging 1.1 goals per 90 minutes. Many supporters may argue that these figures came from the German League, but his accomplishments in the UEFA Champions League deserve consideration. He has 23 goals in 19 games for Dortmund and RB Leipzig in the Champions League. The world is aware that these numbers are unusual. He scored twice in his City debut to kick off his career there, and everyone knows what his capabilities are in the future. A truly generational talent!


Having the top two attackers in the league on your squad is unusual, but the Spurs consider themselves fortunate. With how they coordinate their play and the number of goals they score and assist for their team, they resemble the new Sturridge and Suarez. Harry Kane has played in the Premier League for eight seasons and has only failed to reach the 20-goal plateau three times, with a lowest season goal total of 17 goals. Statistics back up Harry Kane's reputation as a deadly striker if these numbers alone aren't enough to convince you. Only once in the previous eight seasons did he average less than 0.7 goals plus assists per 90 minutes. His highest was 1.08, which is high in the Premier League, but he also outperformed that figure in 2017–18, when he had a goal plus assist rate of 1.21 per 90 minutes. He had a rocky start to last season because he wanted to join a different team, but once he buckled down and began to play, he was the same Kane we knew. Despite having a lacklustre season, he ended it with 17 goals and nine assists. Lethal!


If Harry Kane’s numbers were immaculate, wait till you read what Salah has been producing in the league in the last five seasons. In his previous five seasons, he has won three golden boots, one of which is his debut season with Liverpool, when he set a league record with 32 goals in 38 games. In the last five seasons, the striker never had an average of fewer than 0.8 goals and assists per 90 minutes, which is a player's ideal.  Many people once referred to him as a selfish striker, but in the previous five years, he has recorded three assists totals in the double digits. Due to his league-high assists from the previous year, he was also named the Golden Ball winner. He was Liverpool's lone bright spot in 2020–21 despite the team struggling to gain momentum and having a terrible season. Despite a difficult season, he was the main reason Liverpool finished third with 22 goals World has now recognised that Salah is not a one-season wonder with Liverpool. His numbers speak for themselves. The Egyptian King!