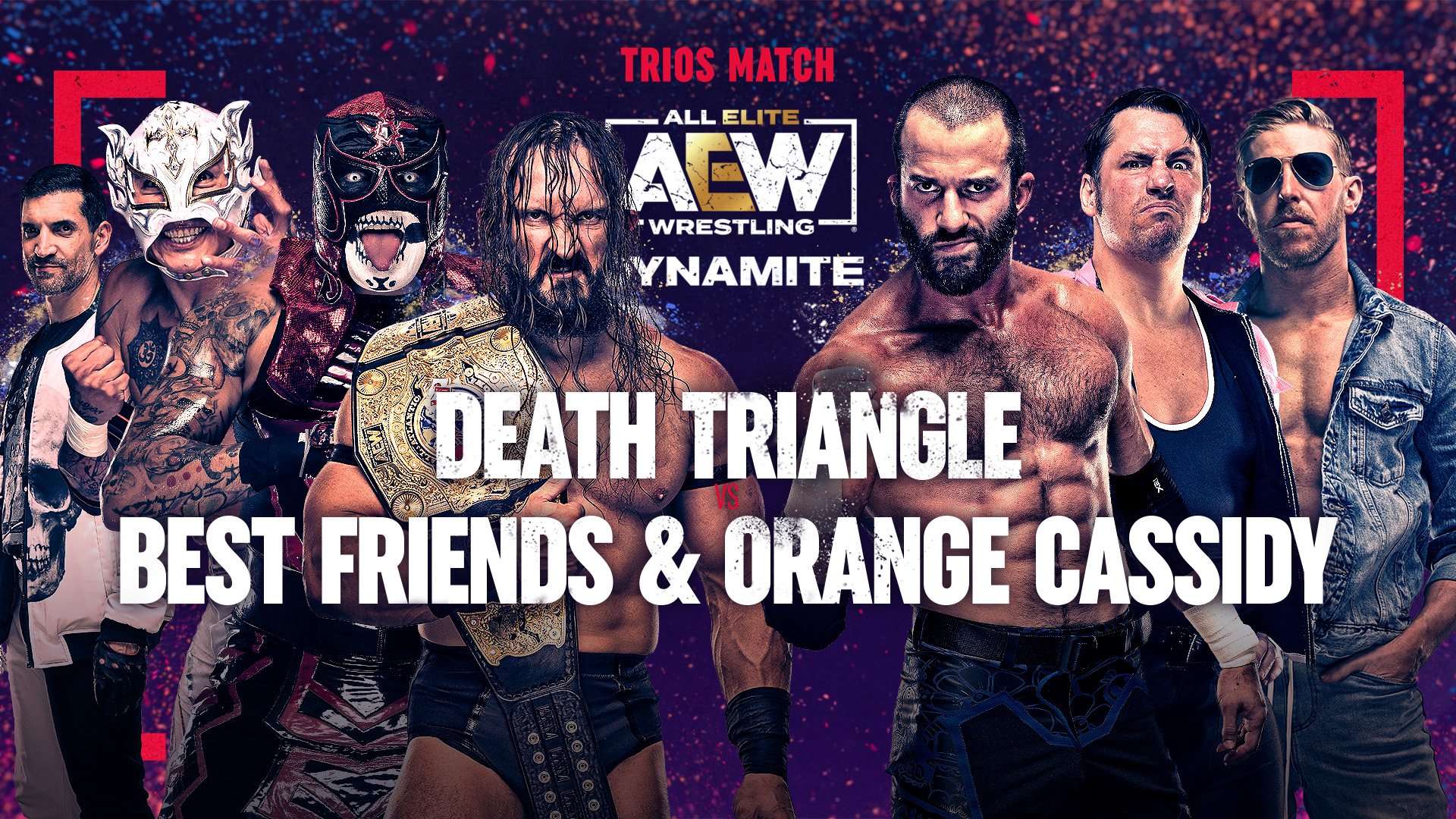 
AEW Dynamite was back after the events surrounding All Out culminated. The weekly show was live from the KeyBank Center, Buffalo, New York.


Depending on whose side of the story you believe, there was some altercation backstage post AEW's All Out media scrum that divided the locker room into two. Stren actions were taken by Tony Khan later as he had to make clinical decisions. Both AEW World Championship and AEW Trios Championship were vacated as the show began, with Khan announcing an immediate trios contest to decide the new champions and a tournament of champions to determine who wins the world title.


The show started with the returning Maxwell Jacob Friedman, who won the Casino Ladder Match with help from Stokely Hathaway and the company. All Out ended with MJF's shocking return after being out for several months.


The Devil came, saw, and conquered a future title shot for the AEW World Championship. Thus when he came out on Wednesday to a loyal New York crowd, he claimed of having no intentions of grinding it out in the upcoming tournament. He already had a ticket for a showdown with the eventual champion as per his wish, and to participate in the same prize would be just a futile effort.


He was wearing a Buffalo Bills jersey to hype the crowd to see him as a hometown hero. He compares himself with Moses and later says he is even better than him. He tries to put up his salt-of-the-earth persona until Jon Moxley arrives to cut him short and say he is full of it.


It doesn't take long when Moxley pushes the right buttons for MJF to turn on the crowd. He instantly lights up his heelish persona, but Moxley puts him in his place. The former world champion is in no mood to argue and threatens MJF to leave the ring.


MJF takes the safer route to bail out, with the crowd getting the face of the division back to their delight.


Moment of the Night- Crowning of the New Trios Champions


The Trios titles orphaned themselves after the newly crowned champions allegedly got suspended. The two teams contesting were Best Friends with Danhausen against The Death Triangle with Alex Abrahantes.


Pac starts the contest against Orange Cassidy but knowing his dislike for the lazy wrestler, Pac tags out. Penta comes into square off against Cassidy but gets welcomed with head scissors. Soon everything as usual breaks down. The Death Triangle gets sent outside. The Best Friends dive onto them with big flip dives.


After a commercial, we find that Cassidy is in trouble. But Danhausen takes over our attention by getting into an altercation with Abrahantes. Danhausen tries to curse Pac, but Pac smacks him in the face. Back inside, Pac is hot-tagged and starts by cleaning the ring. Trent gets inside to put a halt to that. Taking over the momentum, Trent hits a half nelson suplex that drops Fenix. You have to give the people what they want so we get the Best Friends' Big Hug!


The action resumes once more as Fenix fires a few of his kicks. The Orange Punch knocks out Penta into the Crunchie for a two, with Pac making the save in time. An assisted Canadian Destroyer is enough to plant Trent out of his senses. A spike in Fear Factor ends the night for Chuck Taylor. A dive onto the other two leaves Pac to hit his signature Black Arrow for the pin.


Match of the Night- Tournament Of Champions First Round: Bryan Danielson vs Hangman Page


The audience bought a ticket for a classic encounter like this. You have two of the best wrestlers on the roster going up against each other in the new Tournament of Champions, where everyone is a bonafide champion.


William Regal was on commentary as his BCC member had to measure up against the former AEW World Champion.


Two people with contrasting styles meant that one would go with a technical approach while the other would utilise his flair to gain an advantage. Danielson tries to feel out of the process first. He attempts a headlock but is sent quickly on the outside courtesy of the Hangman's chop. Bryan returns to the ring to receive a takedown into a double knee stomp.


With momentum on Page's side, Danielson kicks away in the corner but gets sent to the outside.


Page rushes in to follow up but charges his shoulder into the post. Sensing this, Danielson returns to regain control. After a commercial, we return with Danielson chopping down Page but get caught in the fallaway slam. Bryan is sent on the outside again. Climbing back into the ring proves to be an ill-calculated decision as Hangman plants a Death Valley Driver for a two. Bryan tries to counter it with two of his own.


After another break, we are back with Page hitting a sit-out powerbomb. The crowd was livid with the intensity with which these two were performing inside the ring. At the moment, when the tides were shifting again, Bryan came back with a cunning move to trap Page in a Tree of Woe. Some trademark kicks to the chest, followed by an attempted belly-to-back superplex. But sure enough, it is broken up by Page, who hits a discus lariat for two.

Danielson traps Hangman into the LeBell Lock, but Page is quick to recover and escape his clutches. Danielson tries the same again but meets with the same failure.


The Deadeye only yields a close two count. Page tries a moonsault which becomes a big mistake, as Danielson is too quick for it. His running knee connects, sending Page to the outside. Bryan goes for a suicide dive, but Hangman counters it into a powerbomb and plants him onto the apron.


Page again goes for a moonsault and connects it this time, sending both men onto the floor. Adam Page goes for the kill. He locks and loads the Buckshot Lariat but gets countered into a roll-up for the pin at 22:50.


Bryan advances into the tournament out of this bracket to face Chris Jericho in a semifinal match. The winner of Darby Allin vs Sammy Guevara will face Jon Moxley in the other semifinal match.