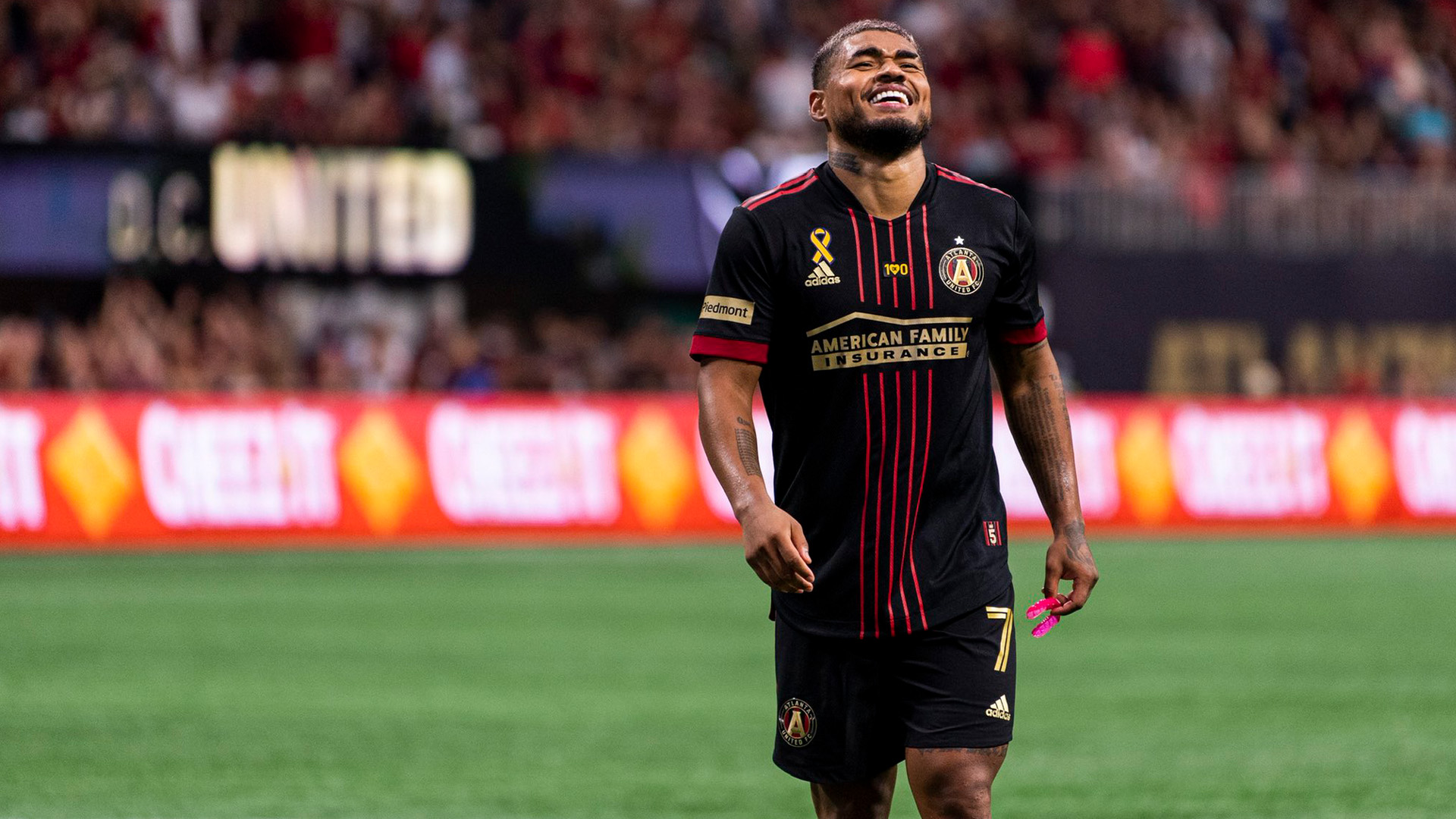 The making of one of MLS’ best strikers - Josef Martinez

Since moving to Atlanta United in the MLS, Josef Martinez has written his name into the history books that many times that more pages are needed. The forward is a household name in the States and boasts impressive goal-to-game ratios every season.

The Venezuelan began his career in his native country, representing Caracas in the Venezuelan Primera Division. He made his debut in August 2010 as he came off the bench in a 1-0 win against Estudiantes de Merida. He scored his first goal for the club in a 2-2 draw against Deportivo Petare in November, with his name on the scoresheet soon becoming a familiar sight. During his two-year spell at the club, Martinez scored nine goals in 43 appearances, which earned him a move to Switzerland, where he signed for Young Boys.

The striker spent three years at Young Boys but only scored three goals during this period. Martinez's play took on a new dimension as the striker established himself as a powerful presence up front and proved difficult for defenders to handle, even though he failed to register a goal. Defenders were perplexed by his raw speed and quick feet. Along with his hold-up play and ability to give teammates opportunities, this constituted a formidable menace.

His impressive performances saw him called up to the Venezuela national team, in which he made his debut for his nation in August 2011 as he was substituted with 15 minutes to play. Martinez netted his first goal for his country two years later, in May 2013, as he found the back of the net in a friendly against El Salvador. Martinez flourished in the national jersey once he started playing internationally and has since scored 11 additional goals for La Vinotinto in 58 appearances. Martinez was showing signs of being able to succeed on a large stage, transitioning from prodigy to master.

Whilst on the books of Young Boys, Martinez was shipped out to fellow Swiss Super League side, FC Thun. Martinez grabbed the opportunity with both hands and adapted well to his new team. His eye for goal was wide open, and he scored eight league goals in 18 games for his new side, making him the top scorer at the time. His stellar performances meant Young Boys were on the phone and recalled Martinez to bolster their squad.

On the Italian side, Torino was interested in Martinez after seeing his capability across the border in Switzerland. The Serie A outfit purchased Martinez for €3 million. This was a big opportunity for the Venezuelan, and it presented a real chance to show what he could do in front of a goal. He made his debut in the third round of the Europa League, helping his new side to a 3-0 victory away at the Swedish side, Brommapojkarna. In the return leg, Martinez opened his Torino account as he bagged a goal in a 4-0 rout, sending his side through 7-0 on aggregate.

He became fond of the Europa League and completed a brace against Copenhagen. His two goals saw the ‘Granata’ cruise to a 5-1 victory, with Martinez earning plaudits from the media for his deadly finishing. He scored against Sampdoria in a 2-2 draw to start his Serie A account as well. The forward netted another brace soon after, as he put two past Udinese in another 5-1 victory.

The forward swapped Europe for North America and joined Atlanta United in a loan-to-buy deal in February 2017. Martinez would make a name for himself, as his goalscoring talents in America sent waves that rippled globally. A week after making his MLS debut, Martinez scored the club’s first ever hat-trick in a 6-1 win over Minnesota United. He became a deadly finisher who only needed a half-chance to put the ball in the back of the net and immediately gained affection from fans of Atlanta.

Much to their delight, the option to buy clause in the loan deal was triggered, and Martinez was an Atlanta United player. This happened only a month after the loan deal was agreed, showing how keen United was to snap up the finisher. Martinez was named the MLS Player of the Month for March after scoring five in three games in the same month.

However, March was not all smiles for Martinez, who injured his left quadricep whilst on international duty. The injury sidelined him for two months, but the recovery time was added as he sustained an injury over the Summer. Martinez's return to the team strengthened the comeback as he scored back-to-back hat-tricks against the New England Revolution and Orlando City. Martinez was selected Player of the Month for his astonishing play. Martinez scored 20 goals in 20 appearances, across all competitions, despite an injury delaying his development, earning a spot in the MLS Best XI of 2017.

He began writing his name in the history books in 2018, as Martinez scored his fifth MLS hat-trick, which equalled the league record for several hat-tricks and made him the fastest player to achieve this. He then continued his goalscoring habits and smashed the record after only making 44 appearances. When the MLS All-Stars played Italian powerhouse Juventus, he demonstrated why his name was always in the media. He notched his side’s only goal in a 1-1 draw against the Old Lady and earned the MVP award post-match.

Later that year, he broke another record as he scored his 28th goal. He broke the record after just 26 matches, comfortably beating his competitors. He ended the season with 35 goals, setting a new record for himself.

In August 2019, he had scored in 12 consecutive games, setting a new MLS record that would continue, as, by September, Martinez had netted in his past fifteen games! He became an MLS great and a danger to any opposition defence. His smooth finishing and his powerful and aggressive playstyle meant he was a constant threat throughout the ninety.

2020 would falter the form of the Venezuelan as he tore his ACL in Atlanta’s opening game of the season. The injury put him out for the season, and he never hit the heights he hit in the previous two years before his injury.

He returned from injury in April 2021 as he came off the bench to see a 1-0 win against Alajuelense. He travelled to Copa America with his Venezuelan teammates and scored against Bolivia for the third time in his career. Upon his return, Martinez found form again and concluded the season with 12 goals in 29 games, helping Atlanta pick up points against LAFC and CF Montreal.

Atlanta plays Cincinnati next, where Martinez will be hopeful of helping his side climb the table as they find themselves at the opposite end of where they would like to be.