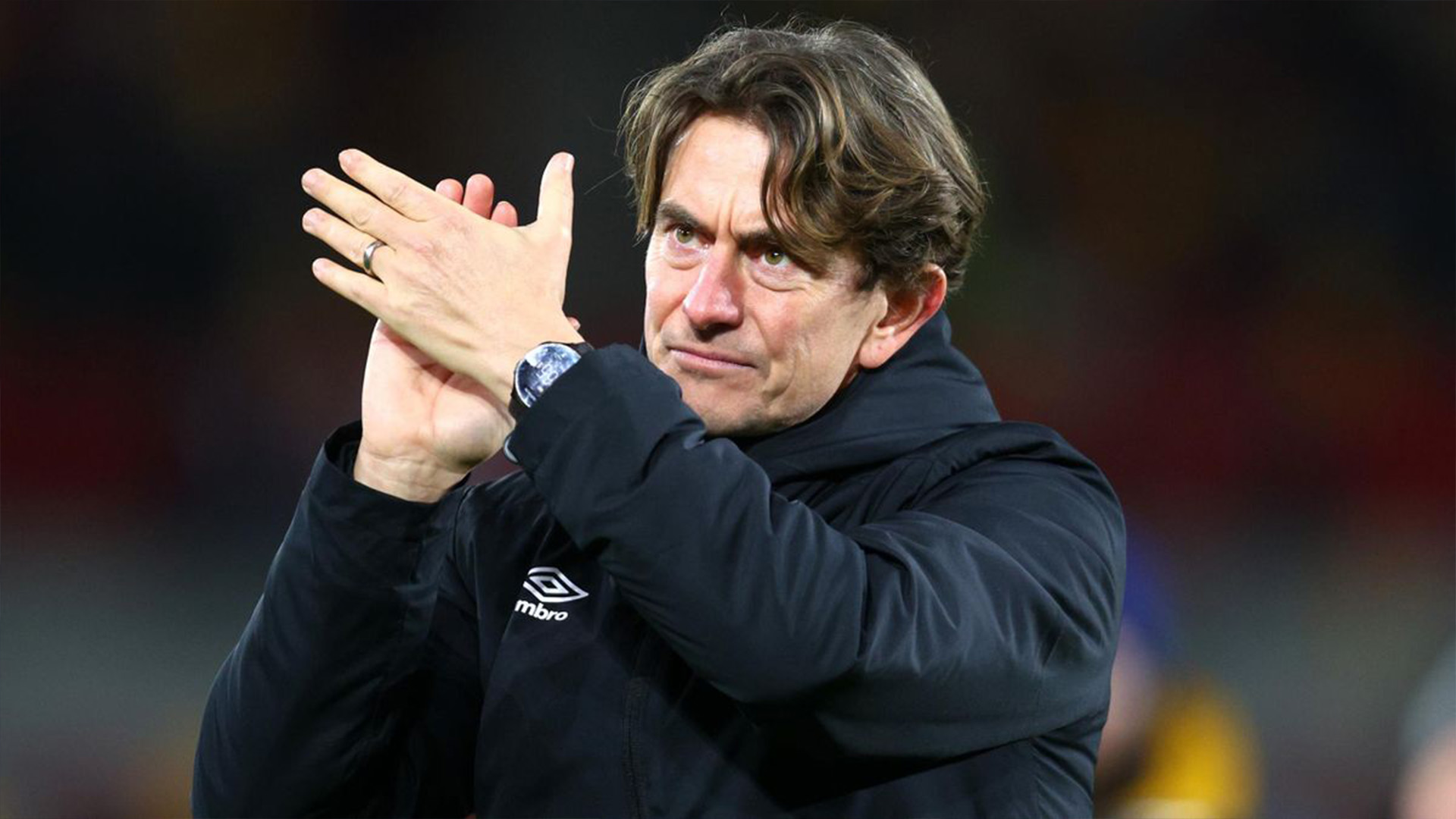 
The brand of football, his interviews, charisma, swagger and hairstyle comes across as something very cool in the modern era. Yes, the name is Frank – Thomas Frank.

His young and vibrant Brentford team blew Manchester United away 4-0 at the Gtech Community Stadium by exhibiting heavy metal football at the same time staying humble and working tirelessly off the ball as Thomas Frank would win on home turf on the opening day of the season yet again. Echoes of them drubbing Mikel Arteta’s Arsenal strongly rings a bell when as the bees dismantled the North London side by announcing themselves at the top flight.

Let’s walk down memory lane to look at the humble beginning of this modern-day head coach, who has now taken the premier league by storm despite not playing at the highest level.

After spending nearly two decades as an amateur player as a midfielder and with a strong education pedigree BA in Physical Education and sports psychology, Frank chose to step into coaching by taking up grassroots level roles in the Under 8 and 12 at Frederiksvaerk BK.

Post his work at the grassroots level, Frank was Denmark’s Under 16 and Under 17 head coach in 2008 and 2011, his under 17 sides would go on to represent a European U17 Championship semi-final. In 2012, Frank was promoted to look after Denmark’s Under 19 side. However, he could not get success as the national side failed to qualify for the U19 European Championship.

In 2013, Frank landed his first senior role as head coach of Danish Superliga side Brondby. The revolution appeared to have begun, and with his attacking philosophy, displaying high-pressing, Frank took his side to fourth in 2014 and third the following year. There were also notable honours as they secured a Europa League qualification. In 2016, following a row with chairman Jan Bech Andersen, Frank resigned from his post to see new pastures.

Frank moved to England to join Championship side Brentford as an assistant head coach with a prime focus on being a bridge between the players and the staff. A role that was not new to Frank, given his leadership and communication qualities whilst working with players from a grassroots level. Frank looked after Brentford’s B team, where he could create a success pathway by instilling a youth development philosophy, allowing promotion of the players on his recommendation to manager Dan Smith.

After impressing the higher officials at the club, Thomas Frank signed a new contract until 2020, eventually taking over the first team head coach role following the departure of Dean Smith in 2018. The club needed stability and a shot in the arm after just one win from 10 games. Frank haul the entire style of play and the strategy for the first team by instilling a 3-4-3 formation with flying wing backs attacking the spaces.

As Brentford gathered pace and rose the table, Frank was nominated for the Championship Manager of the Month award in January by guiding his team to an 11th place position, given that everyone had written them off for 2018-2019.

In his first season, Frank saw a shaky start to his 2019-2020 campaign as Brentford were struggling at 15th in the table by winning just three games, eventually gathering pace with big wins as the Dane was nominated for Championship Manager of the Month. On February 2020, Brentford defeated Middlesbrough as a late Ollie Watkins penalty elevated his side in the league by being only two points short of second-placed Leeds United and three short of Fulham.

As a certain COVID-19 rocked the world and the football industry, the season saw a restart behind closed doors, but that was never going to halt Frank and his side. An unbeaten run in June and the Dane was awarded as Championship Manager of the Month by taking his side to a championship playoff finals against Fulham on the 4th of August in 2020.

After extra time, Joe Bryan's brace broke Brentford's hearts, and despite a goal from Dalsgaard later in the extra period, it wasn't enough to get them promoted to the top flight. It was an exciting match as both teams continued to battle it out.

Despite missing out marginally, it was inevitable that Brentford was the team to watch out for with the fascinating blueprint led by their manager and a belief that they would return to Wembley the following year.

In October 2020, Frank would go on to reach a fantastic milestone by managing his 100th game for the club and would go on to acquire the highest winning percentage for any Brentford Manager. According to BBC sport, a remarkable statistic was a testament to Frank's Philosophy. Brentford’s 2020-2021 season was unstoppable, and a 21-match unbeaten run saw his side just a point behind Norwich from 29 games. Despite missing out on winning the title by finishing 10 points behind winners Norwich, Brentford finished third yet again for the 2020-2021 season with 87 points and scoring 79 goals as per UK soccerway.

As promised by their charismatic manager, Brentford would go on to reach another playoff finals, and this time it was against Swansea as Frank didn’t look fazed at all by the moment and guided the side to a documented qualification to the top flight after 1947 by winning the finals 2-0. The big Dane was nominated as DCU Coach of the year and in the 2021 London Football Manager of the Year Awards.

An electrifying home crowd welcomed back Thomas Frank and his Brentford side in the premier league on opening day as they would go on to convincingly beat Mikel Arteta’s Arsenal 2-0 with goals from Norgaard and Canos, which left Bees faithful bouncing.

A 3-5-2 formation played at exuberant pace and guile with Toney’s phenomenal hold-up play, and clinical finishing gave Frank and his side the impetus at the top flight. The year 2022 was a massive boost for the club when they went on to sign Christian Eriksen on a free transfer as Frank looked to unite with his fellow Danish star man, who was to make an emotional return to football.

A stat from four-four-two revealed that Frank and his side had scored 15 goals from set pieces, only Liverpool, Arsenal and champion Manchester City, thanks to the magical Eriksen’s intelligence, along with the pacey duo upfront in Ivan Toney and Mbeumo.

The duo clicked from the get-go, and Brentford went through an unbeaten run in April, which saw Thomas Frank being nominated the Manager of the Month the following month.

The daring Dane was also nominated for the Premier League Manager of the Year award but missed out on the final vote to Jurgen Klopp. Frank ended his debut campaign in the top flight 9 points clear of the relegation zone as Brentford as the Bees got to a respectable 13th position.

What next for the Bees?

The 2022-2023 season would be a challenge and what Frank would not want to see is something that Sheffield United went through when Wilder had a remarkable campaign only fall dramatically the following year, which saw them relegated back to the Championship.

With Christian Eriksen joining Manchester United on a free transfer and the window yet to close, Frank could still do some business. However, his prime motive would be keeping his top players in Raya, Toney, Henry and Norgaard. With his attractive style of play and no-fear attitude, Frank would once again look to prove his critics wrong with another timely spell in the top flight.

Most significantly, their manager is here to stay after signing a contract extension until 2025. After forming a great relationship with Club owner Matthew Benham and the director of football Phil Giles, the trio has a clear philosophy and profile of players required at the football club.