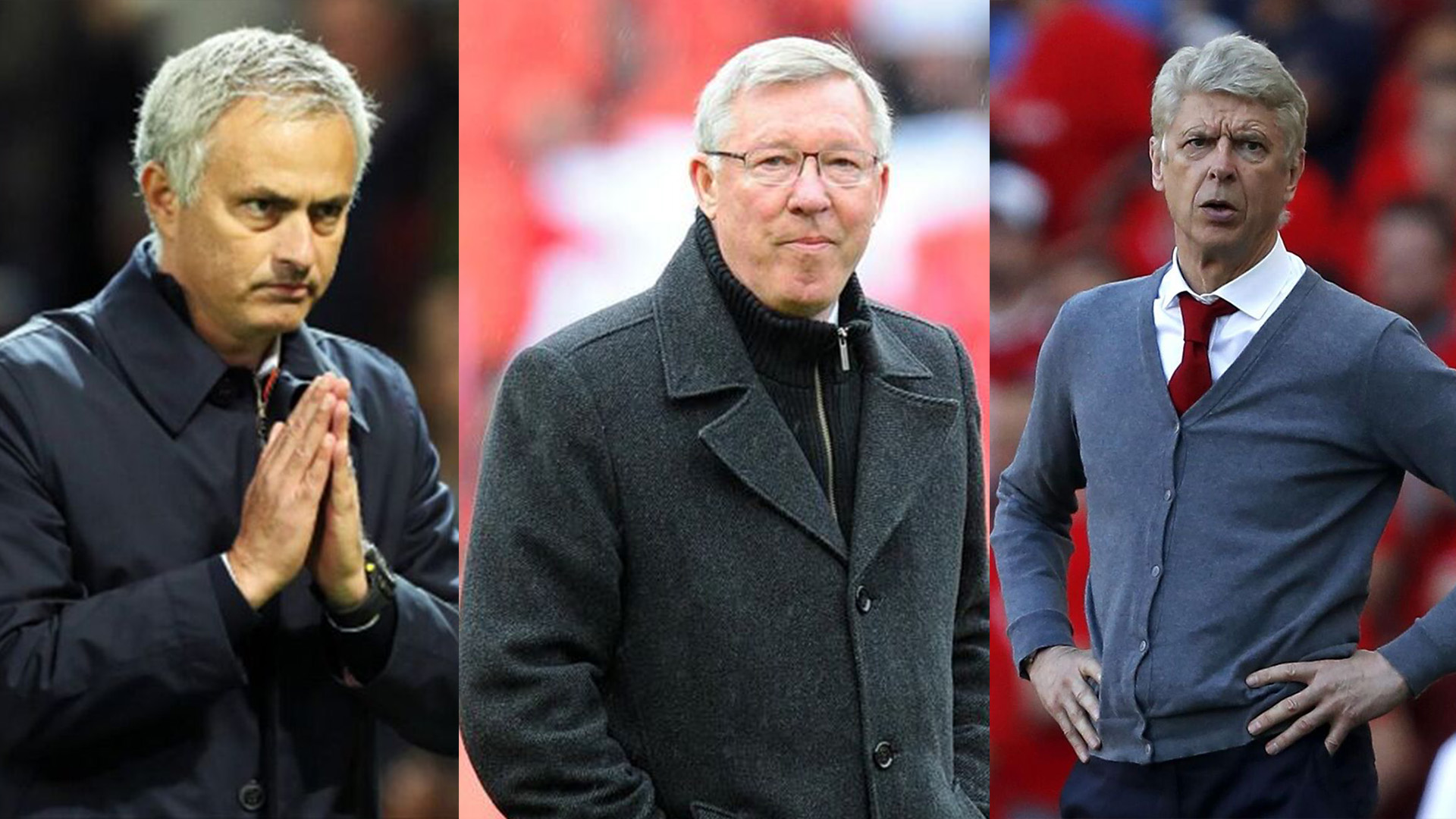 Jose Mourinho, the Special One, burst onto the scene in 2004 when he won the Champions League with “Underdogs” Porto against Manchester United. Next season the Portuguese was snapped up by Chelsea FC. He won the league in his first year, and it was Chelsea’s first league title in the Premier League Era. He again won the title the subsequent year, making it two consecutive wins. In 2008, he joined Italian side Inter, where he won the famous treble in 2010. Jose was reappointed as the manager of Chelsea FC in 2013 after his Real Madrid stint. He again won the Premier League title in the 2014-15 season. Undoubtedly, Jose is one of the top managers in the EPL era, as his record of winning titles in less time is indeed “Special”.

French manager Arsene Wenger is one of the few managers who stayed at one club for a long period, winning titles. Arsene is known for his famous “Invincibles” side, who went without losing a game for the whole season, although they drew 12 games out of 38. He joined Arsenal in 1996 and won the league in 1997-98, the first for Arsenal FC in the Premier League Era, which started in 1992. He then went on to win two more titles in 01-02 and 03-04.  He is one of the best managers and a fantastic coach. He managed legendary players like Thierry Henry, Patrick Viera and many more in his time of more than 20 years with Arsenal FC.

Scottish Manager Sir Alex Ferguson is regarded as the Greatest Manager of All Time in the English Premier League. Before he took over Manchester United in 1986, Manchester United hadn’t won the league for more than 15 years. In 1992, he won the first Premier League Title. Relentless winning was the one goal of the Great Scotsman. Manchester United under him was famous for finding young talents and making them superstars. One of the Greatest of All Time players, Cristiano Ronaldo, was developed under the management of Sir Alex. He had players like Ryan Giggs, Paul Scholes, Roy Keane, and Wayne Rooney (now a DC United Manager).

He won three consecutive EPL titles twice. He also won the famous “Treble” in 1999. To this day, Manchester United is the only team from England to win a Treble. Like Wenger, Sir Alex is another few managers who stayed at a club as a manager for more than 20 years. He announced his retirement after winning his final Premier League title in 2013. He dominated the league like no other manager. He went on to win staggering 13 Premier League Titles in 26 years. A Record like no other. Ever.