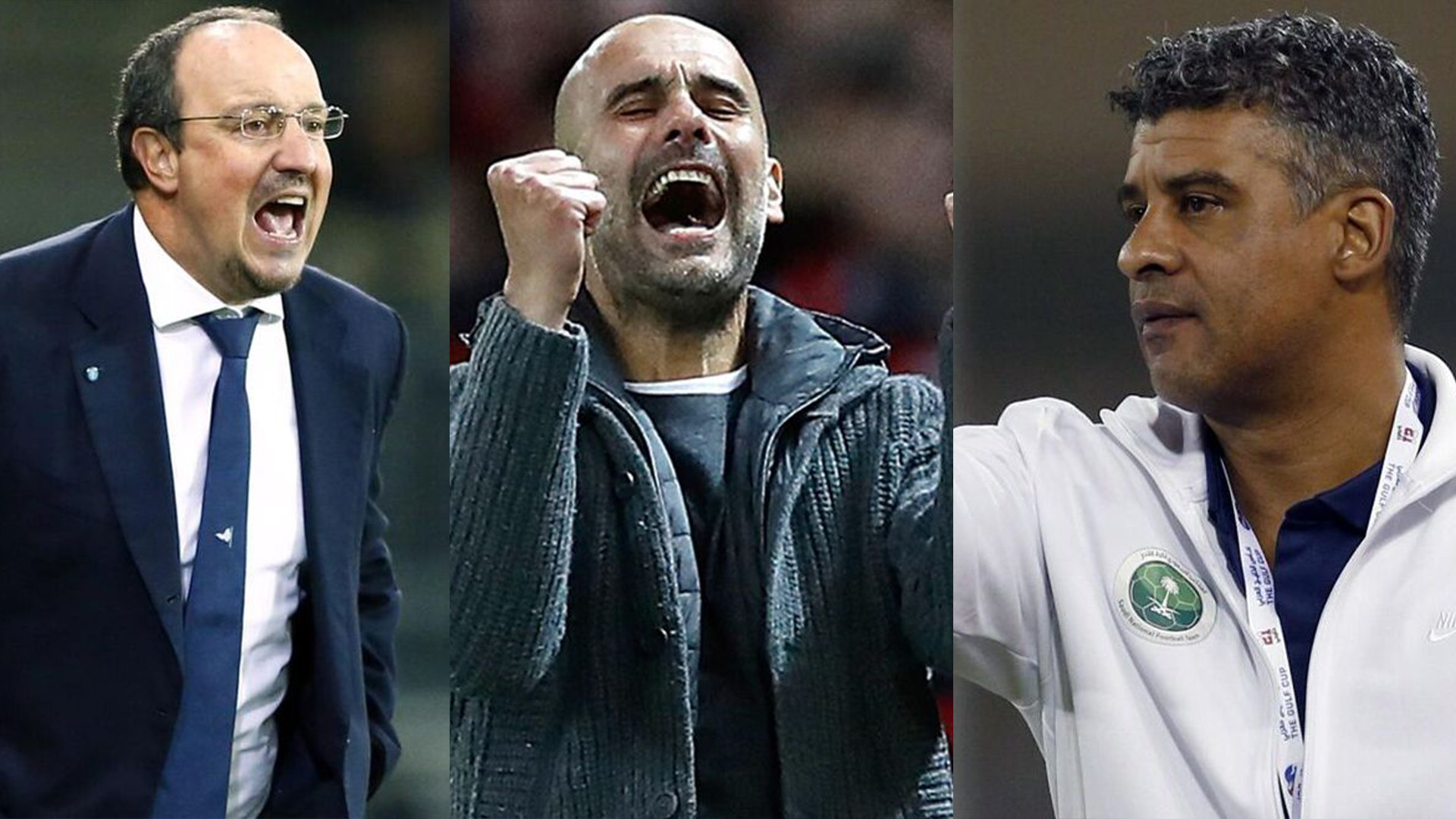 
The decade of the 2000s created the groundwork for La Liga to become one of the world's most competitive and widely followed football competitions. Barcelona became the modern leader of possession-based Tiki-Taka football throughout this decade. Real Madrid constructed two Galactico superteams during that time.

In the 2000s, La Liga was home to a number of master tacticians; Louis Van Gaal, Javier Irrueta, Vicente Del Bosque to name a few.

Rafa Benitez was one of the few managers who broke the Barcelona and Real Madrid duopoly on the La Liga title. He won the La Liga twice with Valencia in the 2001/02 and 2003/04 seasons. When Rafael Benitez took over at Valencia, it appeared Los Ché were on a downward slide.

Valencia had been to back-to-back Champions League finals only to lose both. They missed out on Champions League qualification despite only needing a single point from their final two games of the season. Héctor Cuper was never popular with Valencia's boisterous but infamously difficult supporters.

The team had also lost stars Claudio Lopez and Gaizka Mendieta to Lazio for extensive fees. As soon as Benitez set foot through the door, chairman Pedro Cortés resigned for his role in allowing Mendieta to leave, tearfully handing over the reins to Jaume Orti.

Valencia initially started regularly in a 4-4-2 with two narrow banks of four, focusing on defensive organisation and sending balls into the channels for the forwards to attack. But by the second half of his first season, the team got used to his methods, and they settled into a 4-2-3-1 as they kicked on to win the league, with star man Pablo Aimar playing behind the striker.

The real change was the up in intensity. Early on, Valencia had defended in two narrow banks of four, only pressing occasionally. But by the end of the year, they were chasing after their opponents in the opposition half, pinning them back and starving them of space. This was, in part, thanks to Benitez’s rotation system, keeping the players fresh for the run-in at the end of the season. This intense play earned them the nickname “The Crushing Machine”, with opponents barely having the space to breathe, let alone play out from the back, as two or three players surrounded them when they got the ball.

The opponents would encounter wave after wave of attacks from Valencia while struggling to keep possession.

Benitez left for Liverpool in 2004 and won the Champions League with them in 2005, beating AC Milan in Istanbul in a miraculous turnaround. He has enjoyed a successful management career and will always remain a great manager fondly remembered by the fans at the Mestalla.

Before the appointment of Frank Rijkaard, Barcelona was struggling. They had not won a trophy for six years, and their beautiful playing style had stagnated. Rijkaard came in and stabilised the ship by winning two league titles and the Champions League in his five seasons of leadership.

He was in charge when a young Lionel Messi made his debut. Rijkaard brought back Barcelona's fluid offensive scheme, which Pep Guardiola had improved upon after taking over. Rijkaard set about changing the club culture and identity when he took charge, with his philosophy heavily influenced by Cruyff and other great Dutch teachings. He focused on attacking football with plenty of pressure and wide play.

In his first season, Rijkaard settled on the 4-3-3 but would also play a 4-2-3-1. In his systems, he encouraged players’ creativity in the final third of the pitch with the optimal interplay between midfielders and forwards during attacks. Within these systems, the four defenders tended to play with a high line to support the midfield, which frequently advanced to participate in the attack. The team generally focuses on maintaining possession in the opponents' half of the field, applying pressure to force the opposition to make errors in defence and exploiting these with counter-attacks.

Rijkaard's spell came to a brutal end. He failed to integrate Iniesta into the team. The team performance started dropping off massively towards his final season in charge. Ronaldinho’s performance was under massive scrutiny. But despite everything, Rijkaard will always be remembered as the man who stabilised Barcelona and laid the foundations for their future success.

Pep Guardiola is a man who needs no introduction. Rightly regarded by many fans as one of the best managers to ever grace the game, Pep started his coaching career at Barcelona, coaching the reserve team. In 2008, Joan Laporta announced that Pep Guardiola will take over from Frank Rijkaard as the manager for the 2008/09 season. Many thought this was a cynical decision and predicted he would fail miserably.

But Pep stamped his authority on the team from the very first minute he arrived. Ronaldinho had developed into a party animal, and his way of life might have had a destructive impact on the young players in the locker room. Pep also sanctioned the sale of Deco to Chelsea and immediately integrated Iniesta into the starting lineup. Pep’s decisions resulted in a massive turnaround. Barcelona won the La Liga, Champions League and the Copa Del Rey, becoming the first Spanish team to win the treble.

Retaining possession and quick interchange of passes, along with intense pressing high up the opposition’s half, have become the trademark of this team ever since. The defence played a high line and ran the risk of being caught out with a ball over the top, which meant that not losing possession was necessary.

Henry hugged the touchline on the left, whereas Messi constantly entered from the right. The full-backs complemented the forwards perfectly, with the less adventurous Abidal playing on the left and Alves, with his tremendous speed and great stamina, bombing up and down the right flank. In midfield, Xavi controlled the game while Iniesta made frequent dashes into the box. Yaya Toure provided them with the physical presence and was the deepest of the three midfielders; his job was to protect the centre-backs if the full-backs were out of position.

The only variation Guardiola had was to switch the positions of Eto’o and Messi. Messi could play as a classic no. 9 or in a withdrawn role. The first goal in the Champions League final was scored by Eto’o, playing as a right forward, and Messi played in the false 9 for the first time when they destroyed Madrid 6-2.

Pep has had successful spells at Bayern Munich and Manchester City after leaving Barcelona and is one of the top managers in the game due to his impact at the club.