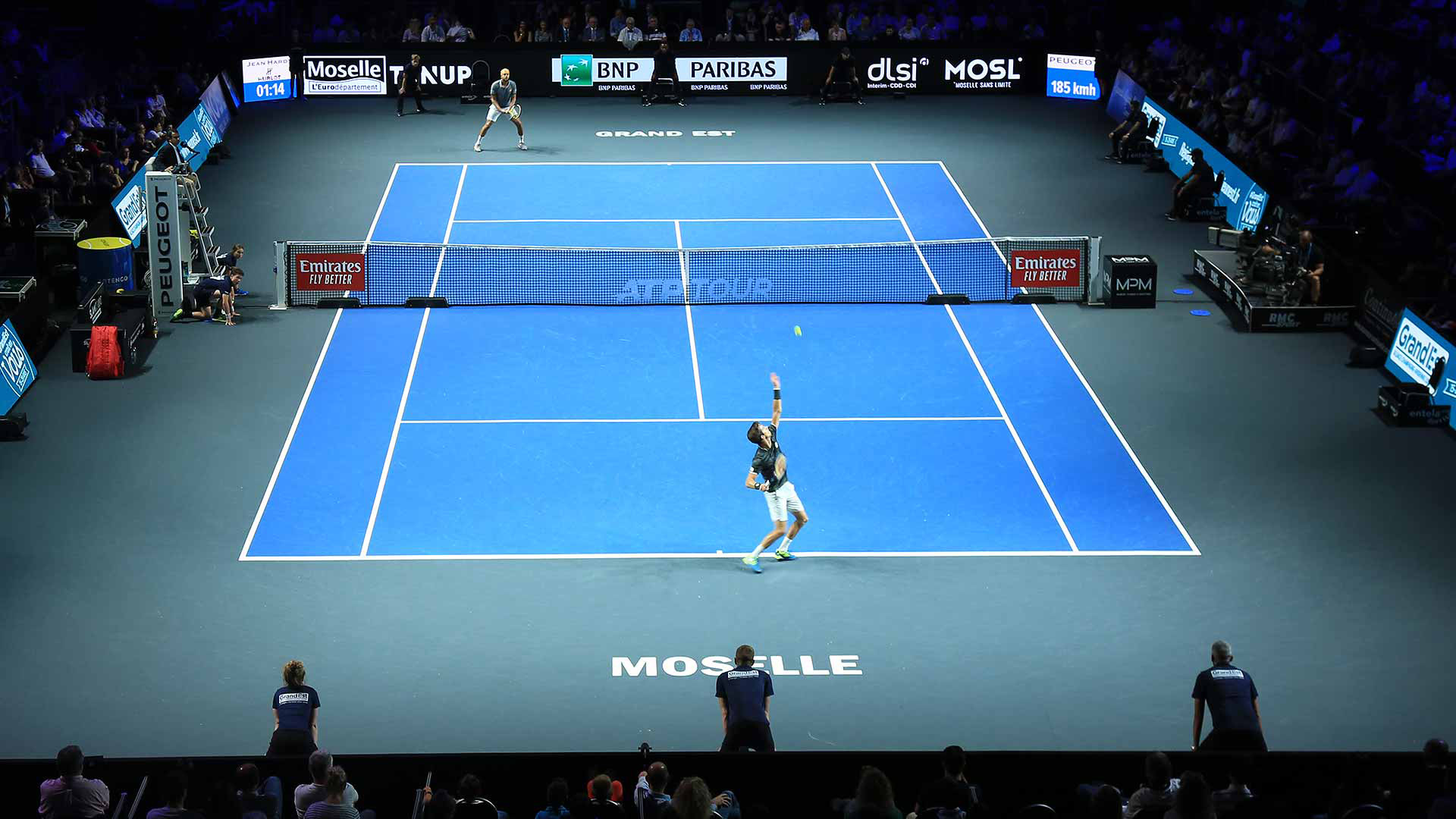 The aspirational don't get any rest. As we, the fans, gasp and recover our collective breath back from an intense final leg of the US Open, the second phase of the hardcourt season is already knocking on the door. Preparation for the Australian Open begins now.

The Moselle Open, an ATP250 event, starts on September 19th in Metz. This quiet city in northeastern France will play host to an array of tennis superstars for a week. Amongst them, most notably, is Daniil Medvedev. The former world number one is hurting from the US Open. He entered the tournament as the defending champion and top seed but was shown the door in the Round of 16 by an incandescent Nick Kyrgios. Medvedev will be motivated to put things back in place for the Australian Open next year. This year, he probably played his best tennis in the final, where he was on the verge of winning his second consecutive Grand Slam but ran into late-stage Rafael Nadal. He will start this tournament as the favourite to win the title.

Polish tyro Hubert Hurkacz will hope to come his way. After a disappointing US Open and a sub-par 2022, Hurkacz will be keen to turn the clock back to 2021. He was playing tennis of such precision last year that a straight-set win over Roger Federer at Wimbledon seemed like a milestone on a long, illustrious journey. It has, since then, turned into the apex of an otherwise rocky route. A few days before running through Federer, Hurkacz had beaten Medvedev in the fourth round at Wimbledon. He repeated the result at the Miami Open this year. Athletes have sharp memories, and one can assume both will remember their recent duels.

The rest of the draw follows this inherently watchable pattern. Young gun Lorenzo Musetti, who beat current world number one, Carlos Alcaraz at Hamburg in July, will be looking to take another step towards mainstream tennis consciousness. Gael Monfils, Karen Khachanov, and Pablo Carreno Busta make up some of the other spots. All of them are excellent hardcourt players.

Dominic Thiem, on a long road to recovery from a bout of injuries, is also part of the draw through protected rankings. Grigor Dimitrov, after an early US Open exit and medical retirement from the preceding Winston-Salem Open, has withdrawn from this tournament. It is a pity because Dimitrov would have added to the star-studded draw.

In doubles, world number 15s Tim Putz and Michael Venus will hope to add another title to their cupboard. Italian duo Simone Bolelli and Fabio Fognini are seeded fourth, but one can expect them to mount a challenge for the top seeds.

If anything, the Moselle Open promises to be intense and exciting. The Australian Open is still four months away. There is a lot of tennis to come before we land in Melbourne Park, and the coming week in France should be a lovely reset after the dramatic US Open.