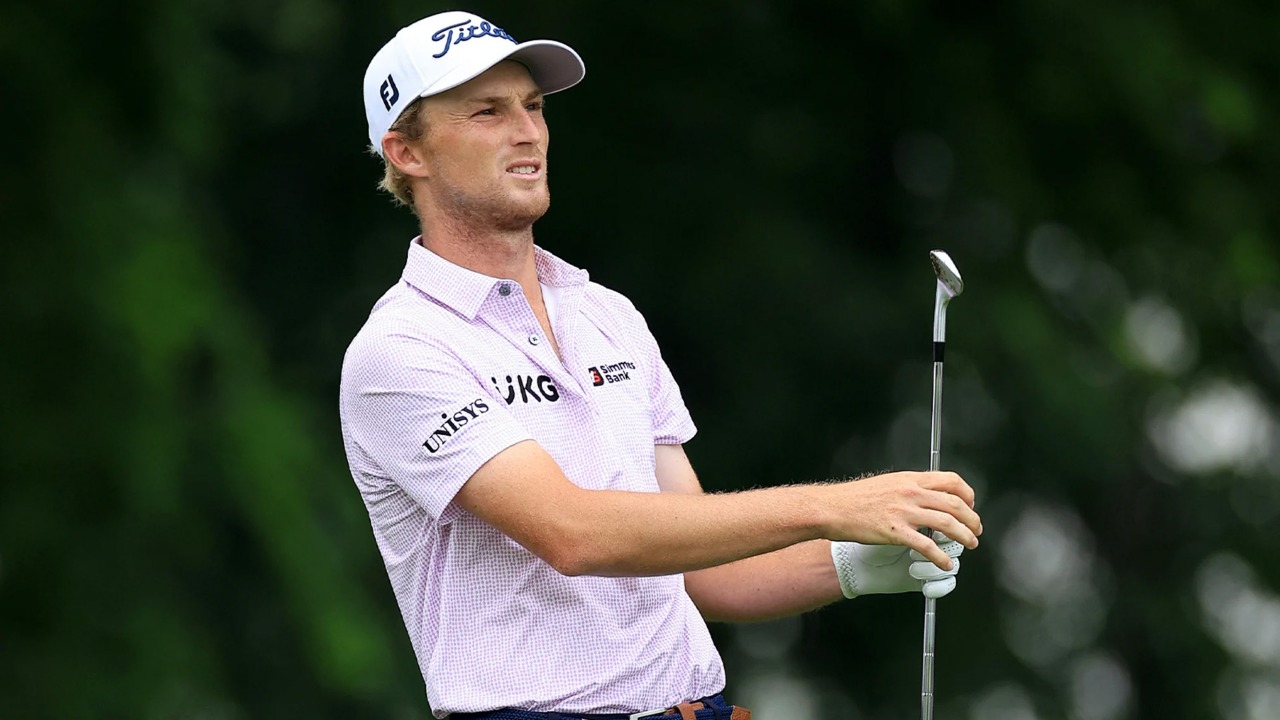 Will Zalatoris Wins $2.7 Million at the 2022 FedEx St. Jude Championship

For most of the first four days, the 2022 St. Jude Championship looked like it would reach an unexciting end. The golfers had put on a solid, if unremarkable display, and it seemed as though that trend was going to continue as the first playoff event of the 2022 FedEx Cup wound down.

And then, we have treated to the most exciting hour of golf all year: A highly regarded young star, chasing his first victory on tour and an unlikely contender suddenly duked it out in a high-stakes playoff.


It had been brewing for some time before it finally took off on the 18th hole when Will Zalatoris faced a 10-foot putt for par.


At the start of the day, both Zalatoris and his adversary Sepp Straka were within touching distance of the top of the leaderboard and when overnight leader JJ Spaun spectacularly crashed out, it opened the floodgates for the two golfers to seize the moment.


The 18th hole had played the heftiest all weekend, its unusual alignment forcing mistakes out of assured hands. Zalatoris needed to sink the putt on 18 to make the playoff, and he did so in style, moving to -15.


This prompted a spontaneous outburst of emotion from the 25-year-old. He turned to his caddie and shouted--"What are they going to say now?!"- a question addressed to detractors who had dared suggest that his putting was the reason behind him still being winless. This was only the start of the madness at hole 18, Straka matched his par with a nerveless putt, and they both headed to a playoff to resolve their stalemate.


Unlike Zalatoris, Straka’s presence at the business end of this event wasn't on anyone’s card. Before arriving at TPC Southwind, he had compiled a dismal run of results, having missed six straight cuts and failing to shoot a sub-70 round in 3 months.


The Austrian rocked up at St. Jude, looking like a different player. He shot a 32 on the back nine in round 4 and signed rounds of 64-66-68-67 over the weekend. The second playoff hole was where the event truly exploded into life.


Zalatoris hit a wayward tee that went way out of bounds. He hit a running cut from there to try and pitch it onto the green or settle for a less ambitious return. He chose not to opt for relief but lifted the ball 98 yards away from the flag on the par-3.


Right afterwards, Straka blasted a tee of his own that nearly went out of bounds. It just caught the lip of the grass by the water after an awkward bounce, and he was left contemplating the best way to extricate himself from this dire situation.


Nothing gets golf crowds going as much as the sight of a player taking off their boots and venturing into the water to take a shot. These ambitious approaches rarely go well, and in the end, Straka wisely decided against it and took relief in the drop zone from where he pitched his approach to 7 feet.


Both men made their respective par putts, and the first FedEx Cup Playoff event of the year stretched to the 75th hole.


Zalatoris can do great things. But despite his stellar resume, his lack of a Tour victory stood out. He has already lost two events this year in playoff holes, and a heavy sense of deja vu came over everyone when he launched his tee way off to the right on the par-3 151 yards hole. This time, the ball lodged itself in an even more remarkable position, taking five bounces and settling between the rock boundary of the water and the turf.


He was stuck quite literally- between a rock and a hard place.


Straka teed off soon after, and he was guilty of the same mistake as Zalatoris, but his ball ended up in the water. He took another ball in the drop zone, which landed in the bunker. He settled for a 4-foot double bogey putt out of the sand to sign his card one last time.


While Straka was watching his hopes of victory go up in flames, Zalatoris was still deciding the best course of action to get out of the inclement position he had put himself in after shot 1. After patiently waiting for Straka’s finish, he quickly resolved to take a drop and hit an approach seven feet away from the flag.


After making just four putts of 7 feet or longer in his first 35 holes on the weekend at TPC Southwind, he hit the third in his final four shots to secure a wild victory.


Zalatoris finally displayed a side of him that we are not accustomed to seeing, which has taken a very long time to happen. 8 top 10 finishes this season and three runner-up finishes led to this. His eyes welled up with tears of ecstasy and relief as he had finally slayed the demon that haunted him for two years in dramatic fashion.


In the end, Zalatoris had much more to gain than just his first win, the $2.7mil he collected is his biggest payday yet, and he shot up to first in the FedEx Cup standings with this win leapfrogging Scottie Scheffler, who has held court at the top since May.


Straka has reason to rejoice as well. His legacy secured as his country’s first golfer on the TOUR, but this second place will mean a lot. He catapulted himself up 26 places to the 8th spot in the FedEx Cup Standings and now stands a great chance to improve his position in the Playoffs.


Among other players, Scottie Scheffler failed to cut and now trails Zalatoris by 124 points. Such slender margins hardly hold any meaning in the Playoffs, where points are worth four times as much as the regular season. He’ll be looking to bounce back strongly in the BMW Championship this weekend.


Tony Finau continued his hot streak, finishing in the top 10 again. Based on recent performances, he remains one of the favourites to win the FedEx Cup as he trails Zalatoris by less than 1500 points.


The BMW Championship has a difficult act to follow after the grand theatre of the weekend. But if we know anything about the Playoffs, it is that we have an exciting few weeks ahead of us. The magic of the Playoffs is truly upon us.

Manchester City, Arsenal, and Aston Villa win big in the second week of the Premier League