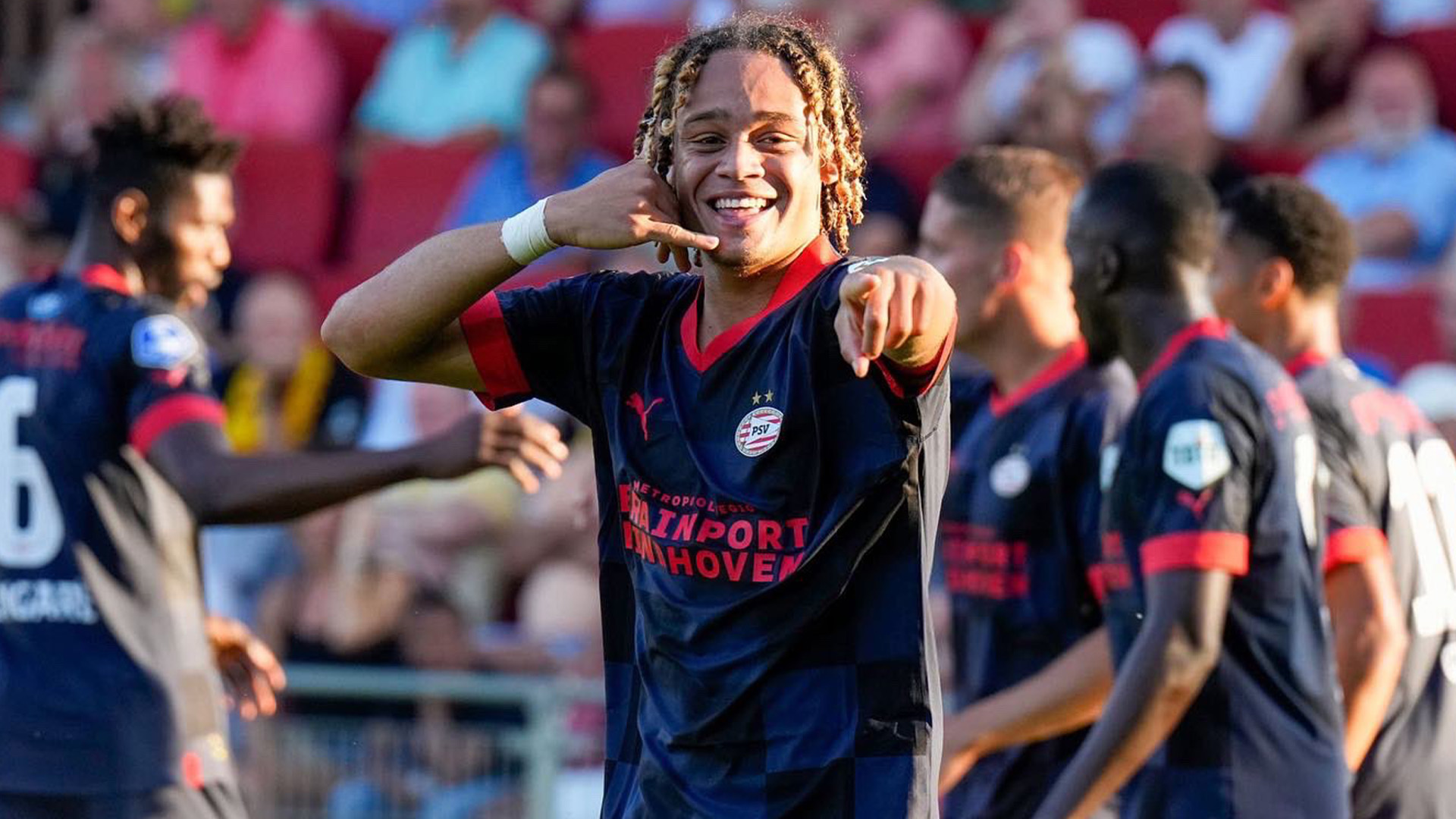 By Yash Gondegaonkar
In the modern age of social media, young players who perform admirably for the youth teams are hyped up instantly, putting an insane amount of pressure on them to succeed. One such player who received social media attention from a very young age is Xavi Simons.
He was a part of the fabled La Masia, the youth academy of FC Barcelona. He shares his name with one of the best midfielders to ever play for the club. Videos of him being exceptionally good on the pitch started circulating everywhere, and almost every other football fan has since been following his career. He took a bold decision to quit Barcelona and move to PSG at the age of 18.
Even though he has played only a handful of games for the senior team, he developed his game massively in the PSG Academy. The PSG academy has been good at finding and developing talented players. Although their success hasn’t translated into first-team minutes, the players who came through the academy system have gone on to have successful careers for themselves.
Some of the examples include Odsonne Eduoard, Christopher Nkunku and Moussa Diaby. In quest of first-team time, Simons has now permanently left PSG and joined PSV Eindhoven. He is flourishing under the tutelage of Ruud Van Nistelrooy, scoring on his debut against Ajax in the Johan Cryuff Shield.
Style of Play
Simons' skill set is unconventional, but increasingly common these days. Not a false nine role, more of a floating playmaker. In the 2021/22 UEFA Youth League, his starting position was clearly in the middle as his team's lone striker, but he was given complete freedom to tuck in, drift out wide or play over the shoulder as he saw fit. He is a very damaging transition threat.
Simons approaches the ball with the utmost confidence in his ability to give and go, refusing to play with his back to the goal. His technical quality gained from years of playing in the midfield position has helped him in his ability to cut sharply through overloads.
It's not the fastest or sportiest, but it makes the most of what it's got; a strong core and good lateral quickness and agility that add to the unpredictability of his ball-carrying. And so, even if he's not incredibly athletic, he's hard to get rid of. And this is crucial for times when he has to occupy the defensive line and play with his back to the goal. It's not his preferred position, but sometimes it's necessary to fill when playing against deep blocks when his midfield teammates push up and look to fill the spaces they try to tuck into. However, he is never in one space for too long, and his constant movement causes problems for defenders.
The Dutchman is mostly a creator and facilitator before becoming a goal scorer. When he has time to improve his vision, he makes excellent use of his ability to play through the defence - always looking for reverse runs from his teammates out wide. Despite playing as a lone striker, the most obvious takeaway from Simons' performances in 2021/22 UEFA Youth League was how consistently he assists his teammates. After receiving between the lines or even in his half, Simons shows excellent passing quality. Educated at Barcelona, he understands the value of possession and how to find the third man when given the ball. He plays a lot of great passes that show up in the stats as sideways or backward but are great releases for a forward-facing player to keep going.
Moving on to Simons' dribbling abilities, the first thing to say is that he is not a winger who will challenge his man at every opportunity. He is very skilful on the ball, very mobile and strong, but his acceleration and change of pace are good, but they don't change anything.
Despite not standing tall, Simons is well built and uses his arms and body pleasingly to protect the ball and withstand run challenges. This makes him look quicker on the ball than off it, allowing him to break lines with powerful runs and lead counter-attacks with his grabs. Once on the run, Simons reads the space around him very well and can advance long distances when outrunning multiple opponents. He also understands when to release the ball and rarely gets into congested areas unless there is a way out.
Conclusion
Simons is an exceptional talent, but his unique skillset implies he doesn’t have a defined position yet. He has looked good at PSV, and it seems like he is finally getting the senior minutes, essential for succeeding at the highest level. It would be fascinating to see how his game develops. Although he is a creative player, Simons needs to add goals to his game.